Celebrated actor, producer and star of AMC’s “The Making of the Mob,” Rich Graff is a man infused with talent. His career started as a tiny infant when he became a Gerber baby, and he hasn’t stopped since.

Graff is also a chef, an Olympic-class snowboarder, an attorney, a writer, is multi-instrumental and he attended aviation high school. He had a lead role role alongside Heather Graham in the hit movie “My Dead Boyfriend.” He also has appeared on “Law and Order” and portrayed Lucky Luciano on “The Making of the Mob.”

One of the most insightful and intelligent talents I’ve ever had the honor of speaking with, Graff shared answers regarding his new projects, his current endeavors and life in general. 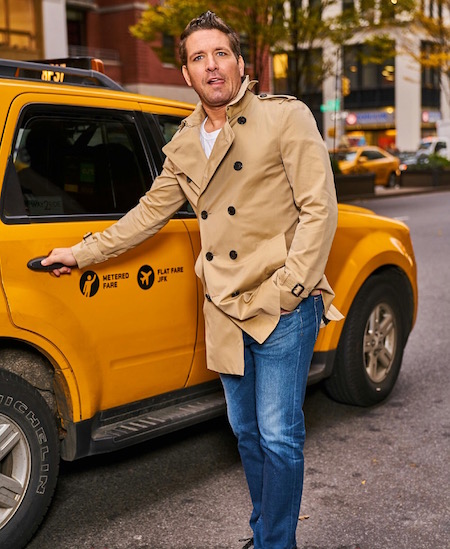 Will you be doing another season on “The Making of the Mob”?
Well, they are in talks. I just spoke to one of the executives at AMC, not only about that, but he’s helping me produce some content for a film or a TV series about this man in Chicago, Gary. He used to be the right-hand man to Mayor Daley during the ‘60s and ‘70s era. Not only Daley, but the head of the mob in Chicago. He wants me to play him. We have a couple of big-name people attached already, like Michael Matheson. In terms of doing the “Mob” another season, even for me it’s a waiting game.

It was done really well.
I was working 19-hour days, and I did not take a minute off. We really kicked ass. The entire cast really fell together.

The mob always fascinated me; however, you fascinate me more with all the things that you’ve done. You’re an attorney, a snowboarder, a chef. You’re almost intimidating, except for the fact that I heard you were fun.
I’m one of those people who is very much a perfectionist. When I find something that I like to do, I just go all in. For instance, with snowboarding, when I started that’s all I did. I got to a point where I was actually competing in Europe and out West. When I was young I wanted to become a pilot, so I went to aviation high school. I have a lot of things about me. I’m a very passionate person. I’m a very goal-oriented person. But, I don’t just say things. There’s a lot of people who say they are going to do something, and then the next day it’s all forgotten. I’m not like that.

Were you really a Gerber baby?
Yes. There was somebody in the lobby of the hospital waiting for my parents, believe it or not. It sounds like a ridiculous story, like it’s made up, but it’s absolutely true. It was in Cypress Heights Hospital in Brooklyn, and they were waiting for me. Either a nurse saw me, or a commercial agent, or somebody that had a connection with the business, and the rest is history.

That’s so cute. So you’re also a producer?
Yes, I am now producing four separate things. One is that Mr. Chicago that I just told you about. Another one is a sci-fi film, and that’s called “Amaranth.” We should be filming within six months. Then I’m also producing a show, and I’m also in it, called “The Undetected.” We are deciding whether to produce that or just shop it around. Then there is another graphic novel that we are trying to make into a TV series called “The Dead Exit.” That revolves around a comic book storyline in terms of the characters, but the plot in the story is really real. It’s about sex, drugs and rock ‘n’ roll, of course. 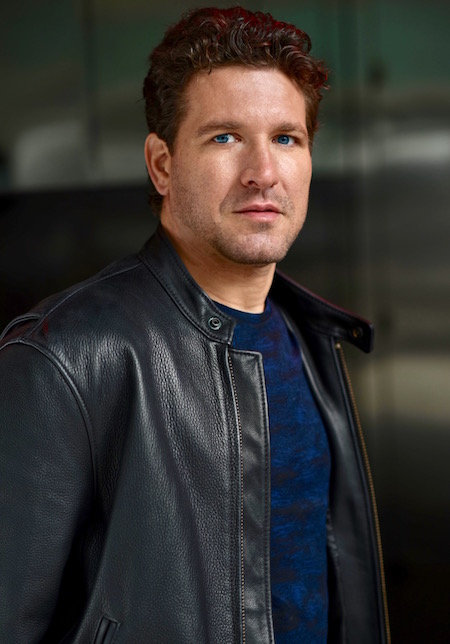 That always interests people.
I feel like people watch TV in order to separate themselves from their own monotonous life. They go to work, and they do pretty much the same thing every day. When they sit down on their iPads, they want to escape. They want to break free from the mundane.

What’s the one moment that you experienced that’s changed the trajectory of your life?
That’s a really good question. I think my father’s death. When I saw my dad in the hospital bed, pretty much dead, on life support, I saw that there was a finality to his life. A piece of him that kind of felt like he could’ve done more. I didn’t want to end up like that. I didn’t want to have any regrets. As a young child I always wanted to get into acting, but my parents never really supported me. When I was about 12, I was a busboy in the city to save up enough money to get headshots done. I got an agent, but they never really supported me. I grew up in Howard Beach, and I’d take the train by myself to go to auditions, and for a 12, 13-year-old boy, that was very hard to do. Especially when you’re coming into puberty and going out with girls…so, it kind of ended. It was always in the back of my head as an adult. So when my dad died, it kind of made me realize that I needed to get out of my 9-to-5 job, and that’s what I did.

When was the last time you did something for the first time?
I try to do that every day. That’s the whole point of being a good actor: being as vulnerable and as open to suggestions as possible. That what a good actor does. It’s like when I played Lucky in the show. If I would have played him aggressive and trying to be leader, no one would follow him. When you’re the leader, and you’re the king, all you have to do…is be.

Is there anything that you believe in that no one agrees with you about?
When you’re around a lot of artistic people, you’re always going to get people who are over-thinking something. That question would’ve been very plausible if you would have asked me that before I got into acting. I think that people in the business world believe in whatever is good for them, whatever works for them. That’s why they say most business people are yes-men or yes-women. I think that you could have said that about anything I believed in, in terms of the people I had surrounding me seven, eight years ago. I’ve always been the type of person that very much overanalyzed something. I think that’s true of many creative people. I would overanalyze why people were born and then eventually die. It didn’t seem fair to me.

Well then, what would you agree to die for, and be alright with it?
If you have children, I think that’s worthy of dying for. Or any person you love, or feel the need to protect.

How is your personality reflected in your work?
I’m a very serious person. Unfortunately it’s a byproduct of who I grew up with and the environment that I grew up around. Where I grew up, John Gotti’s son Peter was my best friend. You watch the movies, but I grew up with it. I grew up with the people that you see on those shows. I would be hanging out with my friends, and their older brother would be gone and never seen again. People I grew up with are either in jail or in protective custody or buried in some car. It was never a childhood. It was going from 11, 12 years old to adulthood. I was thinking that in a couple years I could be killing someone, or I could have a gun. I was thinking about that when most kids were watching football on Friday night. It was very, very odd. That’s what made my personality, that’s what bleeds into my work, because I’m a very serious, very instinctive, trust-my-gut kind of person. That’s where it comes into my work. I’ve always had to trust my gut in order to survive. 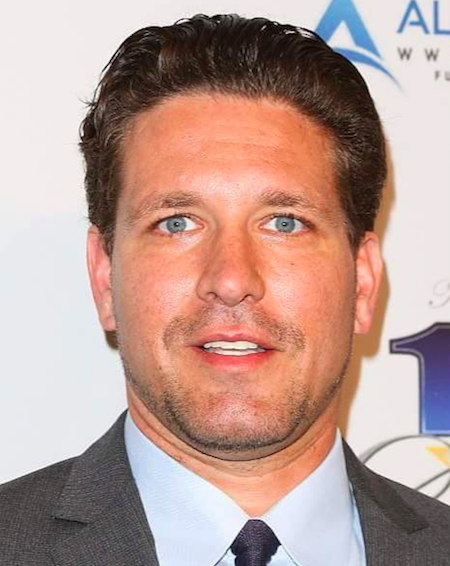 Would you rather be liked or respected?
Respected. Absolutely. There are a lot of people that I like, but I would never come to them for work. You have to have an ability to adapt to very, very extreme circumstances. This is in any work; it doesn’t have to be entertainment related. If you cannot be ambidextrous in certain ways, there is somebody else that can. I’ve always prided myself in being able to do the little things to perfection, paying attention to detail.

Is there anything else that you would like to promote that we haven’t spoken about?
Besides the four things that we spoke about, I’ve also created my own production company. It’s called Lucky Film Productions. We are going to be attaching all of the projects that I told you about to Lucky Film Productions. That’s my baby! You know about the “My Dead Boyfriend” film that’s out right now?

I do. That must have been fun to do.
It was great. First of all, Heather was fantastic to work with. She’s a really classy woman. She’s not like this girl anymore; she’s a very classy woman now. And Anthony Edwards, who of course you know from “ER,” it’s his first film that he directed. He’s very personable, very nice. A lot of people are watching it.