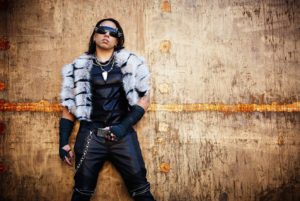 As the title of the EP, “Gemini” signifies, a dual entity exists in the depth of Draven’s music. Two opposing sides, both being actually the same, as in life and death, black and white, good and evil, prevails as the artist explains: “I’m showcasing two very opposite styles from the same band. It’s a combination of two entities living under the same organism and somehow co-existing without one surpassing the other but complementing the other”. The bands influences include, “Depeche Mode”, “Marilyn Manson”, “Nine Inch Nails”, combined with “Rammstein”.

Now California based, Draven grew up in Venezuela, where political unrest, hunger, and poverty loomed over the country. He grew up singing in a church choir, however his music and song writing evolved into a salaciously explosive, genre bending anomaly. His video, “I Need You Tonight”, is already creating havoc in the best possible way. “Gemini” was recorded with British producer Tim Palmer who worked with artists including: U2, Robert Plant, Ozzie Osborne, Pearl Jam, and David Bowie’s Tin Machine. Also on the team was American producer Bill Metoyer, (known for working with Slayer, Six Feet Under and WASP).

I spoke to Orlando and found him to be creatively magic and really smart. His authentic nature shined through our conversation. He and his music are going to become an essential force in the music industry so buckle up and get ready for the musical ride of your life….. 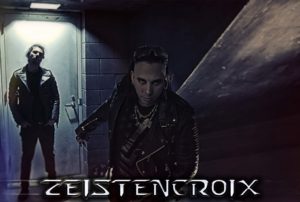 What made you decide to become part of the music industry? How old were you when you started?

Right now I’m 28, but I started to play, not professionally, when I was six. It was because my mom taught me how to play a folklore instrument in my country and it’s called “Four”. It’s like a guitar but it has four strings. It’s like a ukulele. It’s more similar to a ukulele than a guitar. So I started to play that when I was six, and then I was in the church choir for my first communion, you know the Catholic things that you do? So all of a sudden I had to do a solo in the church in front of 500 people. That was actually my first gig. They received it so well and that became my path of what I was going to be.

So you decided right then and there in the choir that you wanted to be a singer?

Yeah. Well, that’s already picked up for me. Look at me now!

A little bit I think. As a small boy in Venezuela who did you listen to on the radio, who influenced you?

Do you consider your music as Industrial?

Industrial, yeah. I wasn’t a metal-head even though I liked “Iron Maiden”, it wasn’t exactly what I was called for. When I started to listen to ” Nine Inch Nails”, I knew that was the path. Around the same time I discovered “Rammstein”, and then it was the perfect land between the two, and then that was “it” for me again.

Do you write all of your music?

When you write a song what do you think about?

Usually it starts with a blind stare, and then I feel like it comes to me naturally. It’s not like I have to sit and think. It’s just that I’m doing whatever I’m doing and then something starts sounding inside my head. Then I get a melody and I need to get it out. It usually starts with a beat. With the melody that I already have inside my head, the way I construct the foundations of a song is to always find the beat that goes with the melody. Then I can blend it together, and I think that I have a song. More like an idea of a song. That’s the beginning of everything. I find the melody, then I get the beat, then I blend it together.

If you obtain your ultimate stage fantasy what would you need to happen?

My fantasy to play would be under my own terms or my own circumstances, I mean that I could do all that I wanted to do. I would have not only a big stage but a stage big enough to do all of the production that I have inside my head. Usually right now we play with videos. So we have the video synced to the music, and every time let’s say the drummer is playing the bass drum, the video just reacts to the bass drum. I would like to have a big production, Broadway kind of like so I can make a performance, a show and the music and everything blend together. Because I’m a big fan of “Rammstein” I would love to have fire, video, rain….everything. Everything I can imagine.

Do you plan to tour in support of your EP?

The main idea is to start playing festivals. Right now we’re in a toss up to see if we can get into them, and then we are going to start building something and start to tour. The thing is with the tour and this album and everything that we’ve done so far is organic. We don’t have any press agent, we don’t have a manager, or booking agent or anything. So we’re doing everything ourselves. It’s always harder because we need a validation, somebody to vouch for you…..someone that can take you under their wing, or open a path for you. That’s the way it goes. But in our case, we don’t have that so we need to do everything ourselves. It’s kind of hard.

I think you should consider touring in the U.K., they would love your music there. I say that because I originally thought that you were a UK band. You have that British sound.

I lived in Spain for five months and we had a chance to get reviews and they said that we were really European or sound European like. A big, big part of our influence is British like Depeche Mode, David Bowie, Gary Numan and so forth. Everything on our Industrial side is more British than American. “Rammstein” and waves of British bands that I listen to have a big effect and influence on my music.

If you could say anything to your fans and fans-to-be, what would you want them to know?

We have an EP out, it’s called “Gemini”. That was the result of a lot of thought and effort that I don’t see happening anywhere else. We are trying to blend the heavy music and the melodic and let’s say groovy music that I have in ” I Need You Tonight” and “Valley of Death”, and prove that that can actually coexist in a band. With heavier sounds like “Dantes” or “Rage” or “Saturated”, we are able to create both without any problem. We can conform those two sounds without a problem. You know that close minded mentality that if you make heavy music that you can’t make slow music. If you do slow, melodic music, you’re not able to do heavy music. That’s what in this case I’m trying to gather. So we are able to do both and hopefully from my point of view, it can be successful. That’s why it’s called “Gemini ” because you can have the both sides in one person, in one band in this case.

What does “Zeistencroix” mean? How do you pronounce it?

I really don’t have any pronunciation, the word is not a language. It’s a combination of three languages, a little bit of Latin, some German, and then the France in there. My point in choosing this name, I really liked the idea of having something that was our own. In this internet world right now you need something that identifies you, and that unique. So if you tag that name in google it’s the only thing that’s going to show up. Then you have an easy brand that you can actually brand.