The girl can sing!  But she can also tell a story. “Voices In My Head” is a one woman Show representing incidents in the life of singer/ songwriter Corina which made her the woman she is today.  It was touching, passionate, sensitive and full of heart.

Her opening night at The Flamboyan Theatre (107 Suffolk Street, NYC), was sold out and filled with celebs coming to support Corina (best known for her huge hit “Temptation”). They included the Freestyle group Sweet Sensation, father of Freestyle, and owner of Fever record label, Sal Abbatiello, and Speedy, known from KTU radio.

The show was filled with dark comedy regarding Corina’s Fort Apache Bronx childhood, suicidal mom, wonderful dad, rise to fame, and abrupt and temporary end of her career. I was very impressed by her delivery, her ability to make tragedy seem humorous, and her acting was genuine. Barring a few first night technical difficulties which she handled well, her opening night was a success and ended with a five-minute standing ovation.

There were several song selections written by Corina which were magical. She is undeniably a titanic vocalist and songwriter. The entire vibe of the evening was up-beat and full of love. Her show had every element required for success including, drama, sorrow, comedy, song, and even intrigue. She will be there until March 17th and if you can get down to see Corina, I recommend that you do. Her story is inspiring, compelling, captivating, and it’s real!

Special Thanks to Michele L. Ruiz for coordinating such a vibrant event. 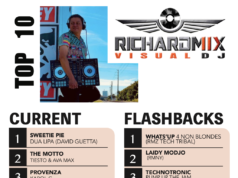 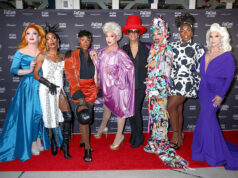 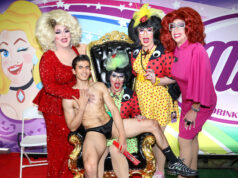