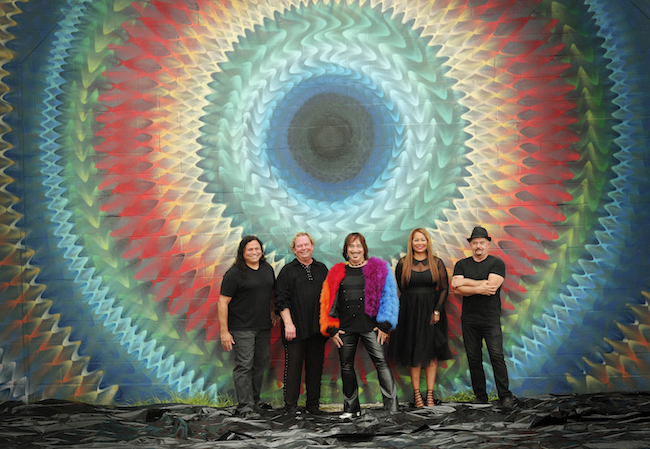 Tim Cain is the frontman for one of the only two all gay, male bands left in the U.S.,(according to Tim), entitled: “Boys Entrance”. The band has just released a double, 17 track rock opera, album, called, “Tunnelvision”, which chronicles the doomed relationship of Tim and Troy, and the devastation left during the age of AIDS.

Boys Entrance originated in 1991, after Tim visited his friend Jon Ginoli, a member of “The Pansy Division”, ( the other gay band), and heard his demo for the first Pansy Division album. He thought his songs to be bold, gay, and unapologetic. When returning to Chicago, where he was from, Tim happen to pass an old school house. Carved in stone above the door were the words, “Boys Entrance”, and Tim thought that sounded like a band he should be in.

Your music is very brave. What are your plans for this album?
The single is called, “The Wolf is at the Door”. This album took me 10 years to make. There was a lot of stuff that got in the way of completing it, or maybe it was the universe waiting until I had the right players. I made a demo in 2006. It wasn’t the best time in my life so I was actually documenting it in case I decided to check out. I was very suicidal. So I went into the studio, and brought in 10 years of songs I’d been writing, thinking that I wouldn’t be around much longer. After I got seven songs down I adjourned to write a song about Princess Diana, which I got an award for. However, it never got wide distribution. Then right after the single my dad died. Then the record got shelved for a period, until I move down to St. Petersburg Florida. That was the best thing for me. Then I met our guitar player, Jaybo Key, who’s a descendent of Francis Scott Key, and The Star-Spangled Banner. 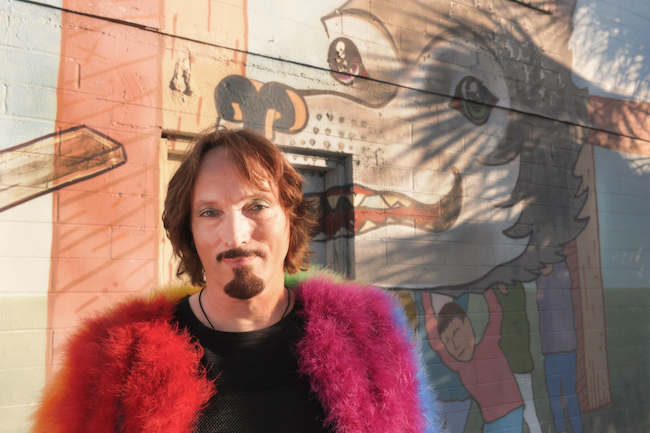 So then “Tunnelvision”, is a rock opera?
It’s completed, and going into production, and will debut at Studio 61 on June 8th. We got the Alternative Rock Single Award of the year in Los Angeles.

Are you planning on touring the rock opera?
We would love to, but we are an indie label, and we don’t have the backing. The thing is to get the word out on the record and maybe create some demand. Right now we are playing festivals, we just did 4 of them. We’re enjoying that. We’re on 50 International radio stations right now, and we’re getting a lot of response in England. Most of the music would appeal more to European audiences.

So I absolutely love The Pansy Division, what’s the story on that?
I’ve know Jon since 1981. My boyfriend worked a college radio station that he worked at. I went to an Ultra Vox concert in 1981, and Jon was there. He always hated my music because mine was better produced than his. Then he was a DJ at one gay bar, and I was a DJ at a competing gay bar. Then he and I worked together at two different music stores, as managers. Then I moved to Chicago and he moved to San Francisco. Then in 1990 when I went up to visit him in San Francisco, and I sat on his bed, and he played for me with an acoustic guitar, the first demos for the first Pansy Division album. I was the first gay musician he ever knew because I was out, I was never in the closet… I like to say they never built one big enough to hold me. Then of course we slept together…there was that. They came out with a record last year. Our 2 bands are really the only 2 all male, gay bands left that I know of. They are of course more prominent, but for us to still be around after 25 years…..

So you’re married to a member of your band?
The bass player in the band is my husband. I love him. We got married a year ago in January. It was amazing. We had a beach wedding, and he is the most supportive music companion that I’ve ever had. 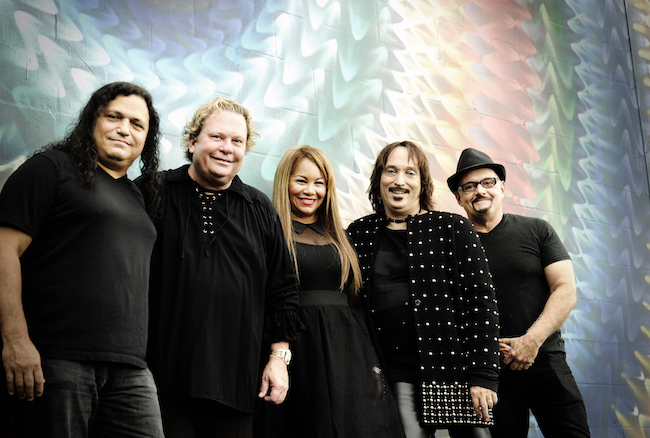