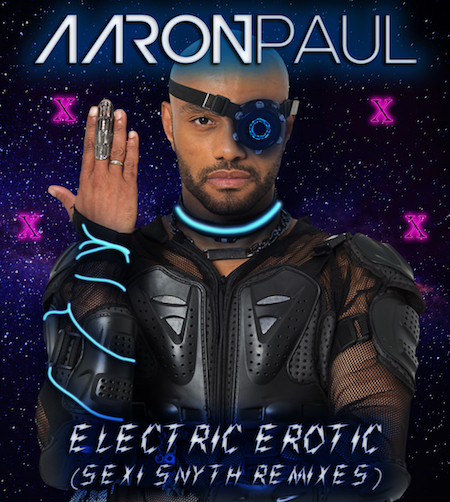 I caught up with the British-born artist to talk about the album and his hopes for the album’s success, as well as his inspirations, new videos and prior experiences. Although his new album has just been released, the follow to that will be titled “British and Blended.”

I know Aaron personally. He just happens to be one of the most appreciative and humble artists existing out there today.

Where can your followers and fans get your album?
Any retailer online: Amazon, iTunes, CD Baby. Anywhere that you can find digital music.

You’ve been getting some radio play.
We’re getting a lot of radio play with the single. We just came off of the other single, “Shine Bright,” so obviously “Electric Erotic’”is tied to a track from the album that’s being played constantly. They are really killing it in Vegas, Seattle. I’m getting tweeted every few minutes, which means that someone is playing it somewhere.

Like real radio?
All around the country; they love it. We’ve got the video out, which we did with Billy Hess. So you can check out the video on YouTube. And we just shot the new video last week called “Every Life Matters,” which is another song on the album. It’s my message song. The last song like that was called “I Don’t Care.” Now, because of the climate we live in, there are a lot of news reports of people being killed, transgender people being beaten up, black youths being killed and the horrible thing that happened in Florida at Pulse Nightclub. Basically that morning when my mother told me about it, it inspired me to write this song. You know, enough is enough, and it just came to my head that every life matters, because I believe 100% that all lives matter. Every structural group that are fighting for their rights matters, but with this particular song, we’ve got to work together. Every life matters! We all have a right to be here, and we all need to be free to be who we are. I’m a product of biracial parents. My mother is white, my dad’s black, and I’m also a member of the LGBT community. This is important, especially in places like New York where people have lost their lives for being different. This song is my opinion. I’m not speaking for the world. We shot the video at the historic Stonewall Inn with Tym Moss and Honey Davenport. 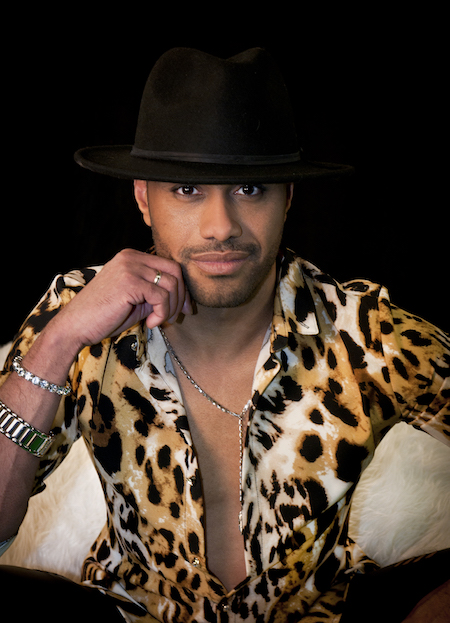 So you were in an extremely popular British boy band orchestrated by Simon Cowell, called Worlds Apart. How do you compare the feeling of hearing your song on the radio now to then?
It’s exactly the same, Eileen. Seriously. It never stops feeling the same. There is something magical when you hear yourself coming out of a little radio. No matter where it is, it always sounds better. You never get over that. I mean, there’s nothing like your first time, but you never get used to it. And it always sounds better, no matter what radio you play it on. It sounds better than when you record it, better than on a CD. There is always something special when you hear it on the air waves. It sparkles just a little bit more. It could be in my mind, but that’s how I feel anyway. It’s always a surprise as well. You could be doing the laundry, you could be walking down the street, in the mall, then all of a sudden you hear your voice coming out of the radio. It always catches you off guard.

So you’re walking through the mall and all of a sudden your song comes on. Do you feel inclined to yell out, “Hey everybody, that’s me!”?
There was one time I was on a date at a movie theatre. It was a first date, and all of a sudden we are halfway through the movie and my voice booms out of the speakers from the big screen. It was one of my “World Apart” songs. OMG, I said on this first date, “That’s me, that’s me, that’s me!” The date said, “What are you talking about?” He didn’t believe me. He must have thought that I was a lunatic, but I had to prove it to him later. It caught me totally off guard. It was definitely weird. It’s always a surprise.

What would you hope to see happen with this album?
I’d like it to establish myself as a credible, serious artist who’s in control of what he’s doing. It doesn’t need to be commercially successful; it just needs to establish me as a real artist and a coming to my own. I was watching the footage of the video, and for the first time ever, I thought, “You are an artist.”