Bobby Newberry’s “Ride” is a feel-good summer jam he wrote  about taking chances and chasing after life’s wildest dreams. “Sometimes it’s not about the destination but the ride you take to get there,” he explains.    It’s especially true in love.  “There’s nothing better than crushing on someone, getting the butterflies, feeling the magic and imagining the possibilities.”  The excitement is echoed in the accompanying music video, co-directed by Newberry and Beno Anastacio.  It showcases Newberry’s dancing prowess in a high-energy clip that features him moving, twirling, bumping and grinding alongside an all-male cast of dancers.  Newberry also appears in his first intimate acting scene in a music video.

“The making of ‘Ride’ was high speed, very zero to a hundred,” Bobby Newberry reflects from his Los Angeles home.  “We wrote the song and worked it in the studio on the same day.  After that first session, I knew I had to do a full music video.”

The video was shot in Echo Park, and two other locations in downtown Los Angeles.  “It is one of my favorite videos I’ve done so far,” Newberry continues.  “The dancing is so clean.  Much of it was done on the grass and it looks so amazing on film.  What you can’t see, however, and what we didn’t know, is that Echo Park is home to hundreds of geese and ducks!  We were literally dancing in bird droppings.”

He says he was most nervous about the kissing scene in the video.  The love interest is played by his friend Joey Gentile, and Newberry admits he needed two shots of tequila to loosen up for it.  “It was my first time doing a scene like that!  Luckily, it was the last scene we filmed that day.”

Bobby Newberry has always had a passion for performing.  As a kid, he was obsessed with Madonna and Michael Jackson.  At his third-grade talent show, he performed Jackson’s “Remember the Time.” It included the choreography from the song’s music video that Newberry taught himself.

His first major break in the music industry was as a choreographer for Eminem.  He would go on to work with a string of the world’s top artists including Nicki Minaj, The Pussycat dolls, Missy Elliot, and Lil’ Wayne.   His choreography work has been seen on TV in Dancing With The Stars and X-Factor and many other shows.

“I hope listeners will take a go on this ride with me,” says Bobby Newberry.  “It’s a very honest track that I hope breaks down barriers.  But most of alI, I hope it makes people want to dance.” 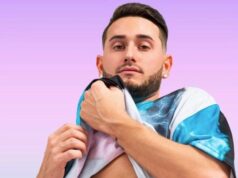 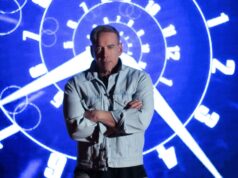 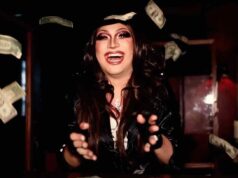