“Showbiz Spitfire” Paige Turner can be seen all over New York City with her colorful performances and Carol Burnett sensibilities, but she is taking a jaunts all over the nation with her show Drag Me To The Top. From putting her own drag competition show together to appearing as a cast member on Shade-Queens of NYC during it’s inaugural season, Turner is sure to bring a whole new twist of entertainment to the cities she visits. I caught up with Paige to talk about her start in the drag world, what it was like appearing on a national television show like “Shade” (and battling with a co-star) and why she doesn’t think RuPaul’s Drag Race is for her. 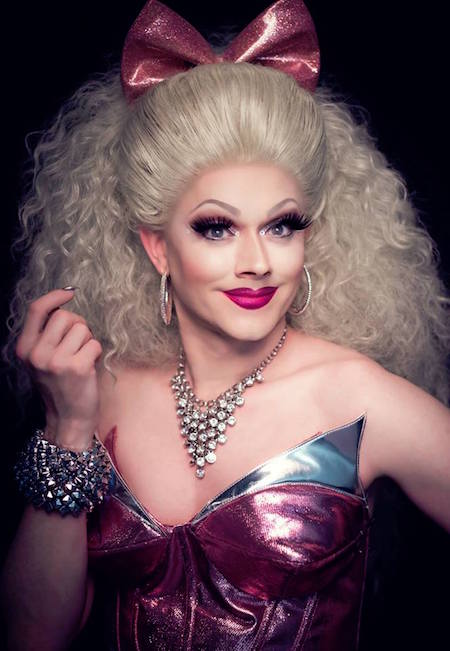 For those that have never seen Paige Turner on stage, how would you describe your performance style and “Drag” as a whole?
Extremely entertaining! Drag is just a foundation of what I do and everything else builds from that. My show is like a kids show for adults. I’m a big believer in including everyone and making sure the audience is immersed in my action. I am definitely your tawdry Barbie Girl with a little mayhem thrown in, and non stop mayhem and foolishness!

How did Paige Turner get her start in the extremely competitive New York City drag scene?
I’ve been performing since I was eight years old and would you believe, I actually did my first lip sync in a talent show then?! I lip synced to Mary Martin’s Peter Pan. A woman playing a boy with me dressed as her? It was very Victor/Victoria and completely confusing for everyone in a small town in Indiana. I think performing in musical theater stripped away a lot of the fear and I did a drag role in a play in Greenwich Village, which kind of sparked the whole thing. Drag kept finding me, even when I tried to “put it back in the closet”.

You’re bringing your show to cities like Rehoboth Beach, DE and of course New York City this June! What can these crowds expect from the Showbiz Spitfire?
That I sing live and write everything myself, look like JonBenet, but am far from being innocent-lots of self depreciating adult humor! I try and give two hundred percent no matter if it’s an audience of five or five hundred I always tell people if they like drag they should see me, and if they don’t like drag, they definitely should see me. It’s very different from what most are probably used to. Paige Turner is everyone’s friend and there is something built in every show that everyone can walk out of there appreciating and leaving with a smile on their face. 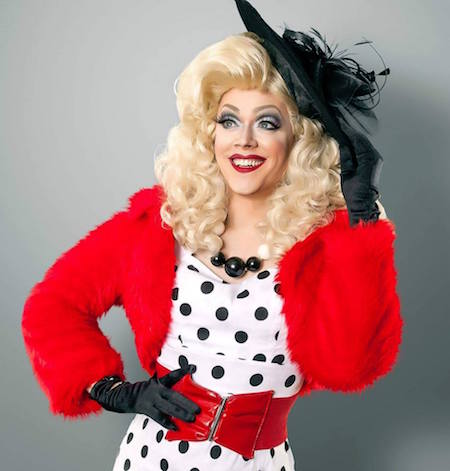 You appeared on the television show Shade-Queens of NYC last year, which was groundbreaking with an all drag cast. What was that experience like?
The actual filming experience was very positive for me. I was doing my last year of my contest that i produce and host So You Think You Can Drag, so that was the focus of my storyline. The excitement of SYTYCD which was it’s eighth and final year, really made for good material to film and I’m glad the final year got captured on Shade. It was an extremely important part of my life for many reasons.

You notoriously battled with fellow New York queen Tina Burner during the Shade reunion? What actually happened? Have you cleared it up for a possible Season Two? Any word on the show returning and would you do it?

Let’s just say that maybe the answer to all those question will get answered very soon…We all have our “stuff” that we’re trying to figure out and sometimes it’s not always pretty, despite the sequins and make-up. I wish nothing but good things for Tina Burner-I really mean that.

What is left that you want to achieve as Paige Turner? Any aspirations to be on RuPaul’s Drag Race perhaps?
There was a short period of time I wanted to do Drag Race-just do Snatch Game, but I realize that it’s not my calling. I’ve worked so hard to get to do what I love and I’m really happy and grateful. The hard work really has paid off in so many ways. Success and fame are very different for me. I’m successful and fame-ish? The universe is definitely serving up what I can probably handle. I’m excited to say that i have some self produced projects I’m working on that I’ve never done before and my touring schedule has definitely taken off. This is the fourth city for Drag Me To The Top and seven more currently booked.

Speaking of Drag Race several NYC girls have won. How do you think the show as a whole has been for the drag community?
Many of my girls who did So You Think You Can Drag have ended up on Drag Race! Alexis Michelle who won my contest the fifth year ended up on the show.
I am very happy for anyone who gets on the show and their journey. I was thrilled for both Bob the Drag Queen and Bianca Del Rio when they won!

I think many girls need Drag Race for different reasons-to grow, to push themselves, to get their name out there and for life experience in general. I’ve seen girls who have gone on that show and completely changed in a good way, because they just needed someone to believe in them and root for them. I will always be pro Drag Race, even if it’s not the right path for me. 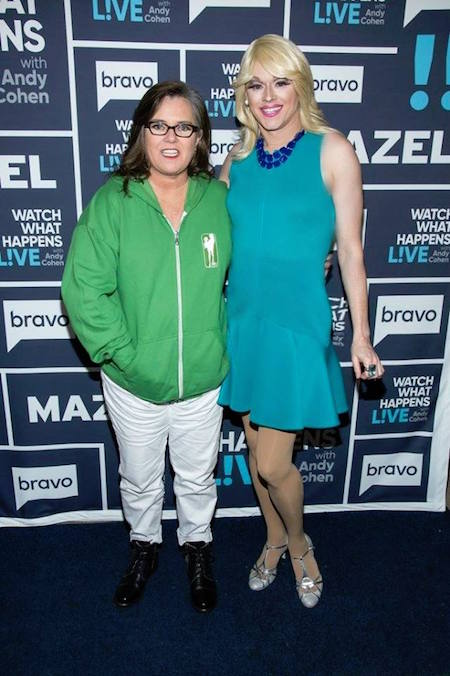 What does “pride” mean to you? Pride means being able to stay true to who you are and always being able to show your true colors. I just did Pride in a small town this past weekend which put a huge smile on my face. It reminds me that not everyone has a Pride or a safe place. It’s about being grateful and remembering to always make room for a rainbow!