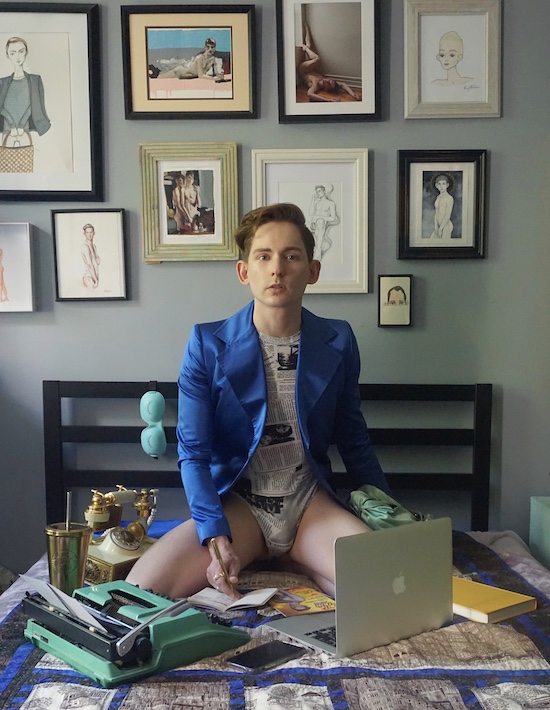 I wrote my first column for Get Out! Magazine in December 2015.

I was ecstatic: After three years in New York City, I was finally going to have something published in print. Justin Luke, who was writing for them at the time, told head honcho Mike Todd to check out my online blogs, and Mike asked me to turn them into this column.

Ever since, you’ve been here with me through my New York experience: the bad first dates, the awkward hookups,
the numerous run-ins with The Ex Fiancé.

You were here through two years of dating AJ, who admitted to never falling in love with me when we broke up. You were here when I started seeing James (and when I gave him a concussion during sex on a weekend cabin retreat). You were even here when I forgot my pants at an underwear party and had to walk 20-some blocks covered by my coat and what little dignity I had left.

I’m just trying to say: Thank you for being there. Thank you for reading my columns, every week, for picking up Get Out! Magazine or going to the website to see what shenanigans I was up to. Getting to live my Carrie Bradshaw fantasy for the last three and a half years has been a dream come true.

Joan Didion used to write personal essays for Vogue. (Much less sexual in nature than my own, but still.) Eventually, she felt she needed to move on to something else; she continued writing movie reviews for Vogue, while focusing more on her own work.

In “Sex and the City” (the TV show, that is) Carrie’s column is picked up by a publisher and turned into a book. For me, at least for now, that isn’t the case: I’m following in Joan Didion’s footsteps and moving on to new projects.

I’ll still be writing for Get Out! Magazine, with a new weekly column coming out in June: But as for the personal essays on sex, dating and the like… they are being retired.

It’s been an amazing run, not just as a writer having his work published, but in a more personal way. Sharing my stories has helped me get through bad times: The night that AJ and I broke up, after crying for an hour or two, I opened my MacBook and started typing. It was both a creative and emotional release getting to share my stories with you all.

Who knows what will happen: This is New York. It’s been waiting for me.