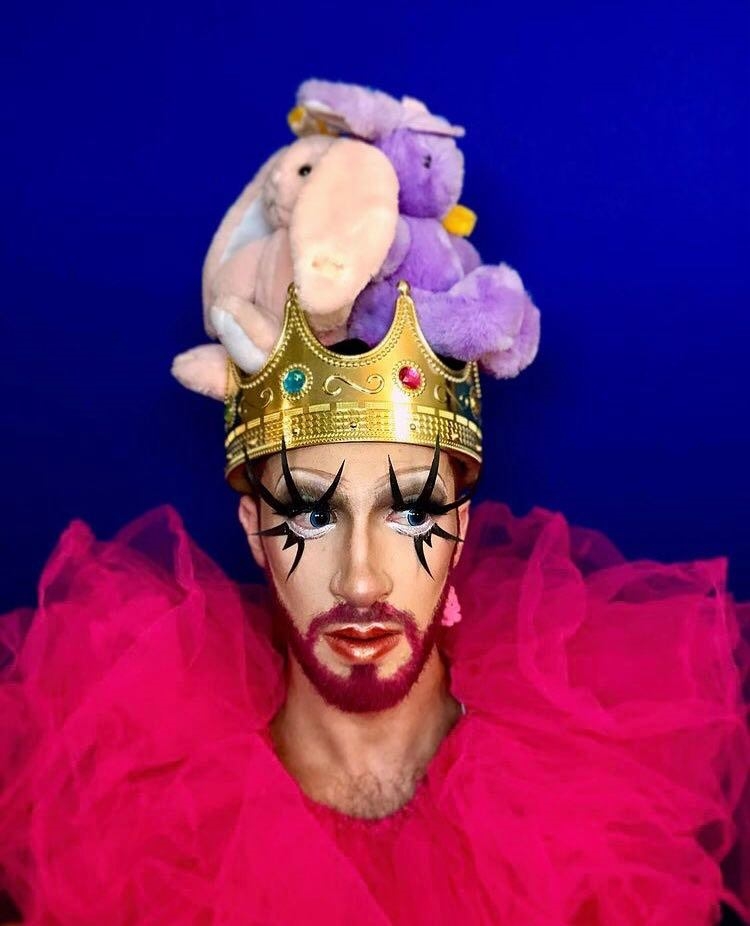 Pennsylvania-born Michael Witkes is perhaps best known for creating, writing, directing and starring in the acclaimed queer web series “Interested In.” But in recent years he’s also become a NYC drag star on the rise, with a unique aesthetic all her own. Have a taste of Pink Pancake!

Thotyssey: You seem to be involved in tons of projects this summer. Is it all a challenge to balance?

To be honest, it really can be. In addition to drag, I’m also a writer/actor. This summer, I produced the second season of Interested In, a queer series I wrote. It was a huge undertaking and was delayed because of Covid. And on top of that, I dove head first into drag, which has been so fun and rewarding. I’m used to wearing many hats, but it’s not easy! I’ll say that.

I bet! What inspired the characters and stories of Interested In? I’m guessing there’s a lot of autobiographical stuff there.

The initial impetus to write came from my total confusion after I came out of the closet. I thought that I would just immediately accept myself, but it’s obviously a much longer journey to self-acceptance. At the time, all the queer stories ended with the queer characters coming out—or they didn’t survive to the end of the story. So I wanted to start the story right after the closet and showcase a character learning to love himself for the first time, highlighting unapologetic queer sexuality as he starts to shed his shame. In so many movies and shows, they pan away from the gay sex scenes and strip gay relationships of queerness. So, it was important to me to highlight that.

And what inspired you to become a drag queen?

It’s hard to say how Pink Pancake was born. There’s always been something in me that felt confused by my gender and felt stifled by the notion of “masculinity” and feared my natural feminine side. So, Pancake was born from that desire to explore the limits of gender. It’s also a love letter to my childhood. I’m now able to do all the things I wanted to as a kid, but instead I turn the toys into costumes.

Where do your look inspirations come from?

I like to say my looks are Club Kid meets second childhood meets genderfuck. I like to bring a full concept to my costumes and lip syncs.

What’s coming up for you?

I’m finishing filming Season 2 of Interested In. So be sure to stay tuned for that, and watch Season 1, if you haven’t already. I’ll also be competing in “Drag Wars All-Stars” [at Pieces Bar], so come out and support the dolls!

Okay, last question: What’s been the song of the summer for you?

I mean…the middle school girl in me has to pick “Good 4 U!”