The third season of Eastsiders is now on Netflix!

The new season follows boyfriends Cal and Thom who, after a challenging year in New York City,  hit the road back west to Los Angeles to pick up the pieces of their old life.  On the way, their tumultuous relationship is tested by an empty bank account, arguments about the future, and an encounter with a handsome drifter that tempts them to once again redraw the map of their relationship.

The first two seasons of Eastsiders received Emmy nominations.  Both are available worldwide on Netflix, where they have been translated into a dozen languages.  They are also available on DVD and digital platforms through Wolfe Video. 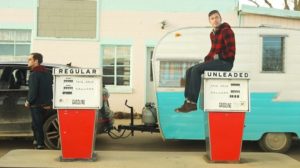 The third season was made possible via a Kickstarter campaign that raised over $80,000 from fans.  It was shot on location in New York, New Jersey, Pennsylvania, Ohio, Indiana, Illinois, Minnesota, Wisconsin, Iowa, South Dakota, Wyoming, Montana, Idaho, Oregon, Nevada and California.

“It’s a difficult time to be LGBT in America right now, and I wanted to stick a rainbow flag in the tradition of the Great American Road Trip,” says Williamson.  He executive produced the series with his husband, John Halbach.  “LGBT people have the same claim to the beautiful sights of this country as everyone else. By shooting with a skeleton crew we were able to take the characters out of their comfort zone in a way that few television shows have been able to.”

In addition to Netflix, season 3 of Eastsiders is available worldwide on WolfeOnDemand.com and Vimeo, as well as through various streaming services including Amazon Video, Google Play and iTunes. 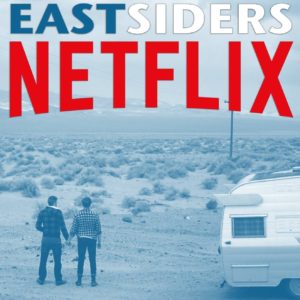