Two new music talents emerge on the Los Angeles city horizon. Both artists come to Los Angeles to further their careers , being bor n in European countries. Sultry Samayra Mellissa is striking in her looks and soulful voice, and from her strong base in musical talent is adding a career in fashion modeling. Then, there is Ale jandro Montesinos, who started out as a fashion model and transitioned to fronting his own pop band.

Samayra Mellissa is a unique singer-songwriter from Amsterdam, where she was born Jan. 31, 1990. Growing up as a teenager, she dreamed about becoming an entertainer. As a child, Samayra was surrounded with old pop and soul music, including Gladys Knight, Odette Adams, Whitney Houston and Chaka Khan. When she grew up, she sought out her own influences in different music and artists within the pop, soul and dance genres while creating her own identity.

She has appeared on national TV shows, like Idol and X Factor, and in local shows and festivals. Yet, these accomplishments did not provide what she really wanted. Later on in her career, she met a producer who had past achievements with several national Dutch and international artists. He immediately saw the talent and the drive in Samayra. Her determination and commitment convinced him to take Samayra under his wing. He recorded her first demo, and they’re now working on her first album. To date, Samayra’s first album is a work in progress.

Currently, Samayra is more focused than ever, with a busy schedule with dance classes, singing lessons, studio sessions and heavy gym-kick box workouts. That’s how she is working intensely, to better develop as an artist – always pursuing what she’s dreamed of all her life.

She is making a name for herself both in the Netherlands and internationally. This past winter of 2012, she released her first single “Broken Glass” including a music video. In addition to working hard on the musician side, she is also becoming a more experienced model and developing a stronger portfolio in order to promote her modeling talents to a broader range of commercial and fashion interests. She is grateful for each day that she can challenge herself as an artist and for having the freedom to make the music she loves – and to have the chance to make her music loved and appreciated by a lot of people.

Samayra is now ready to show the world what kind of multifaceted artist she is and she is excited to be on the verge on something big.
modelmayhem.com/2207644

Based in Los Angeles, Alejandro Montesinos accomplished his first goal as a model when nominated as best Latin Model by Louis Vuitton & Mot Hennessy Group 2012. Since that moment, his career has been on the rise and success seems to be just as natural in him as in any other superstar.

Born in Murcia, Spain, in 1987, Alejandro started to model after finishing his studies in Los Angeles at the age of 22. Starting with a successful modeling career in Los Angeles, he leveraged that success to gain international recognition by working for brands such as NOBU Hotel at Caesars Palace (owned by Robert de Niro), Lexus, Lamborghini, Carlo Pignatelli, Napajiry, Rolf & Victo, G by Guess, Cavana Mexico, Direct TV, Harley and even as a main character of the Saints Row video game for PlayStation/Xbox.

Not satisfied with being renown as a model, in 2011, Alejandro’s career took a new turn. Music producer Joan Pla discovered him while he was singing cover songs at a friend’s party. Seeing him as the next Ricky Martin or Enrique Iglesias, Joan Pla immediately asked him to record a demo and offered an artist development deal with his company Vendetta Entertainment. After months of hard work with Joan Pla and producer-songwriter Nirvan Pistoljevic, the work on defining Alejandro’s sound finalized in December 2012. Alejandro is currently recording his first EP at the legendary SwingHouse Studios in Hollywood. The EP is scheduled to be released later this year.

Alejandro appears on Kid Rock’s video “Happy New Year” in a role that originally was going to be played by George Clooney. Cindy Crawford is also in the video.

Alejandro is a uniquely multi-talented person who will charm you with his warm personality, his straight forwardness and his loyalty. Be ready – for those who like it “hot-hot-hot.”
facebook.com/alejandro.montesinosromero 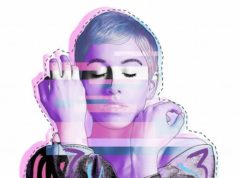 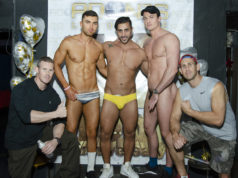