Reinventing his already successful, sensational dance career with song and passion, Danieli’s singing orbit began through his penning poetry and then expanding it into music. A classically trained dancer beginning at age six, his diverse musical background has led him from the Royal Academy of Dance to the stages of the Metropolitan Opera House and currently to Andrew Lloyd Webber’s “Phantom of the Opera” on Broadway.

With a voice like an angel, this NYC-based modern-day Adonis has bedazzled YouTube with an effervescent and vivacious video accompanying “Drama Queen” with a cascade of flamboyant confidence and a celebration of vibrantly salacious dance moves. The song itself is reminiscent of Aretha Franklin’s plea for “Respect,” while “Drama Queen” demands reverence and inclusion. I spoke intimately with Danieli, who candidly had much to say, especially regarding his love for music. 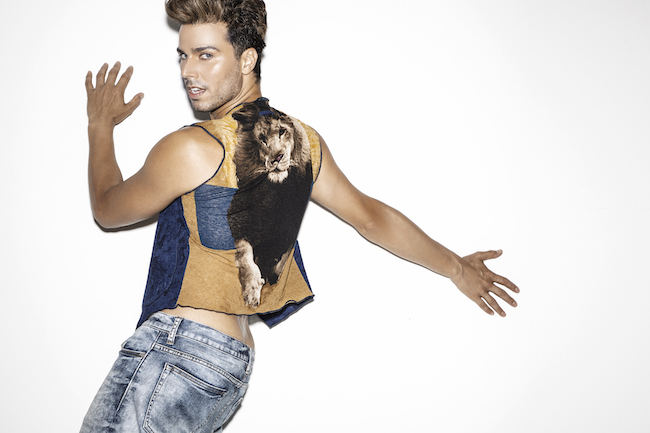 Let’s journey back to Israel. What motivated you to come to the U.S.?
I started dancing when I was six years old in my hometown, because I wanted to dance like Michael Jackson. I wanted to be a hip cool kid. I loved shaking my booty. I’ve always had this rhythm. They used to say when I was little and I would hear a beat of a drum I would shake my cradle so hard that I actually dented the wall. When I got older there was this dance studio in town, and my mom took me there. My mom was in the arts too. The teacher told her I had great potential and should start with ballet. After my first class and hearing the piano and being exposed to classical music, I fell in love with it. It became one of my obsessions to be a dancer.

Then you do ballet as well?
I’m a classically trained dancer, yes. I am a graduate of the Royal Academy of Dance. Then after that, every Israeli has to go to the army. I got a scholarship from the Ministry of Culture, and I was studying dance there, which only a few people get to do while in the army.

What if you are gay in the Israeli army?
It doesn’t matter. It’s a religious country, and the acceptance is amazing. No one is exempt from serving their country, and I think that is a good thing, especially when you’re a young kid coming out of high school. At the time I didn’t see it that way, but looking back it really prepared me for life. It prepared me to come to America, to be on my own with no family here. It prepared me for the struggles and the things that I have been through. It made me stronger and able to stand on my own two feet, and be a man. It taught me to deal with life on my own without having some kind of security blanket to run to. How many kids out of high school get an M-16 gun to take home and yet you don’t hear of one mass shooting? I think order is good for freedom. Freedom needs some order.

That’s an interesting realization. So after the army, how did you find yourself in the U.S.?
I wasn’t even planning on coming to the United States. My mom thought I should go see what it was like, so I came here as a tourist, and then I saw what it had to offer. I sort of pushed myself out of my comfort zone, and I applied to a theater program. When I got there I saw real classical dancers, and being exposed to all that I realized that I had so much to work on. It was a big reality check. 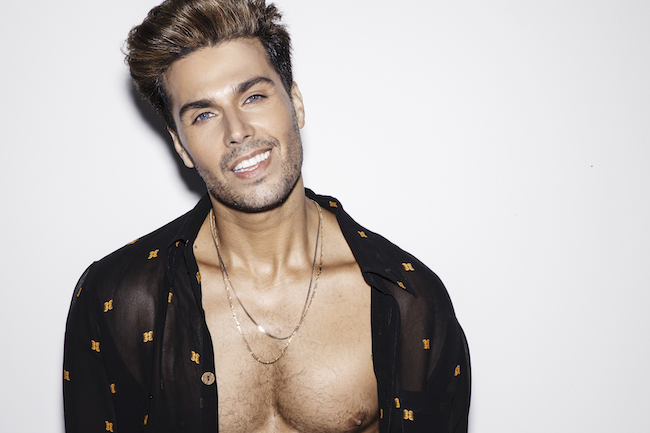 Then how did you get involved in singing?
I always sang, but I was really ashamed of my voice. I remember one time when I was little, my ballet teacher said to me, “Do you want to be Michael Jackson or a dancer?” Looking back at it, I should’ve said Michael Jackson. I didn’t feel comfortable with my voice, and actually I didn’t really know that I had a voice. Then while I was in Birmingham I started writing some poetry. I was lonely and so far away from everything, so I started writing some poetry. Then I decided to put some melodies to it.

Well, I think you have an amazing voice.
I want a broad audience, and I want my music to be for everybody. Music should be something that everyone has access to. It’s the sound of life, and it should be everybody’s soundtrack. Music helped me with life. I dream melodies in my sleep. I wake up in the morning or in the middle of the night, and I run to the bathroom and record it. I did that with my single, “Heart of the Dark,” which was in 2015 on the U.K. Pop Chart at number 6. I actually dreamed Michael Jackson came to me and sang part of that song. I woke up and recorded it, and the whole song came out of that. I do that all the time. I always write out of my dreams, whatever comes to me. I try to be very open to the universe. I listen to everything when I walk down the street. I listen to people, and I keep all my senses always open and alert. I don’t even know what I’m connected to, but whatever is connected to me, I love it. So I think music should be open and accessible to everyone, because it comes from a higher cosmic power. We need to keep the channel open so everyone can tap into that. The world is music. Nature is music. You just need to listen to it. Everything has a rhythm; everything has a tempo. I lost my younger sister in 2013 to leukemia. I don’t know if I’ve dealt with it completely, but I always talk to her and ask her to come to me in my dreams. I’m always open for her to come. So that’s how I want to be with my music. I want to keep myself open like that so I can keep writing. I’m actually working on a new EP, and in the meantime “Drama Queen” became such a fire starter.

It looks like you had a blast shooting the “Drama Queen” video.
Actually, a friend contacted me on Facebook the other day. Her girlfriend had recently died, and she took over raising her daughter. She let the daughter, who was about 13 or 14, see the video, and the daughter began to cry. She thanked my friend for letting her see the video, because it gave her the courage to come out to her as a trans man. 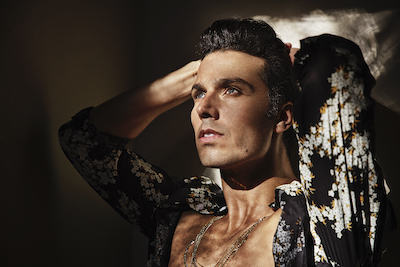 She found the strength through “Drama Queen.” That’s actually why I wanted to do it in drag. I have only the face. I am wearing a man’s suit. It’s very theatrical, and I didn’t want to be a full-fledged woman impersonator drag. The whole point to it was to harness the nerve that the queens have. The fact that they have the courage to step out on the street as a woman when you’re a man takes it all. When we were filming this, I didn’t want to come out of the house. I don’t care about wearing tights; in the theater world I’ve been a prince, I’ve been in ballet, I can wear tunics, I can wear makeup, but I do that in the theater in a safe, protected environment. But as soon as you step out of that artistic environment and take that to the street, to the real people, you don’t know what you’re going to get. It takes balls! It takes balls to say what you think, and I wanted to harness that through the makeup and through that attitude when I conveyed the lyrics. So I was standing in Soho underneath an umbrella, basically hiding, waiting for a minute to go out and go film. Then these two girls about 16 came up to me and said, “Can we take a picture with you? You’re so beautiful.” I thought I looked like a train wreck. As soon as they did that I threw the umbrella to the side, and I was ready to do this. It took that reassurance from these girls to come up to me and give me the confidence to go out there and do this in the real world. Even in dance I was always so worried about being perfect that I never felt like I had the freedom to go out on the stage and, wow, just let go.

Tell me about your new EP?
“Free Delivery”—it’s part of “Drama Queen.” I call it “James Bond Pop. Since the sound scape is very soundtrack like and though its pop it very grand with the use of orchestral instrumentation. ” I always write about subject matters that I’ve been through or other people experiences that inspired me. I don’t write about going to the club and getting wasted. While I was in Miami few months ago I got a new track that inspired me so much that I wrote a new single out of it in less than 20 minutes. I wrote it with my co-writer who also wrote “Drama Queen” with me as well. That new track opened up the floodgates of creativity and I’m so happy to announce that I’m already working on a new EP with 6 new tracks on it. The EP is actually going back to my roots, because it’s more dancy and more pop with hip-hop, R&B influences. The subject matter is all about light, love.

Do you have an ultimate stage fantasy?
A stadium and 50,000 people. I love to tour. I love meeting people. With my music I want to experience that wild freedom and letting go and just performing with no boundaries, without thinking about techniques of the body and being constricted with all those rules. I want to finally go out there and open my mouth and sing, dance and not think about anything besides the enjoyment of it. 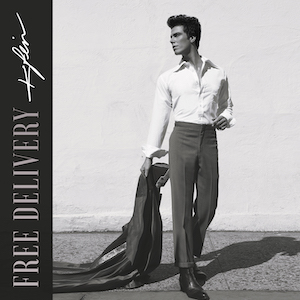