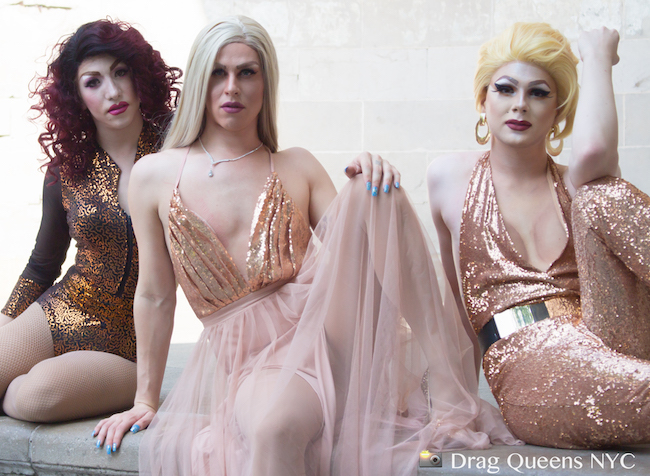 There are so many unique attributes to this city and one of them includes a tasteful collaboration of drag queens showcasing their voices in a new lifestyle musical called Dragaret. This witty production of the cabaret-style musical scene is dedicated to follow the lives of three emerging drag queens in theater.

How queer, right? I love it!

Over the past couple of weeks, I was able to get a sneak preview of this one-of-a-kind show from producer and founder of Theater in the Now Mike Block, and the talents of the three star-queens Bijoux, the “Material Girl,” Cherry Poppins, the ginger snap of the bunch, and Vanna Deux, the “Wicked” step mother (pun absolutely intended).

When I first moved here, I never would have thought that this was even possible. Ever since I’ve seen what NYC has to offer in the momo community and in the drag family, especially just coming off of the heels of RuPaul’s Drag Con, I cannot be surprised that a show like this has been created. And beautifully put together, might I add.

During this time and having met various LGBTQ(ueer as) folks, I was able to chat with the producer of the show about his motivation to create this piece and he simply told me that his inspiration was driven by the art drag.

“I’ve been getting more and more involved in the nightlife scene and having met so many incredible and talented young drag queens, I was inspired to give them a platform that they might not usually get,” said Block. “Dragaret is combining drag with theater in an intimate cabaret setting, showcasing some rising stars singing your favorite showtunes. I’m hopeful that this will be the first of many Dragarets. Maybe we’ll have different themes, rotating casts, whatever we can do to keep it fresh and fun.” 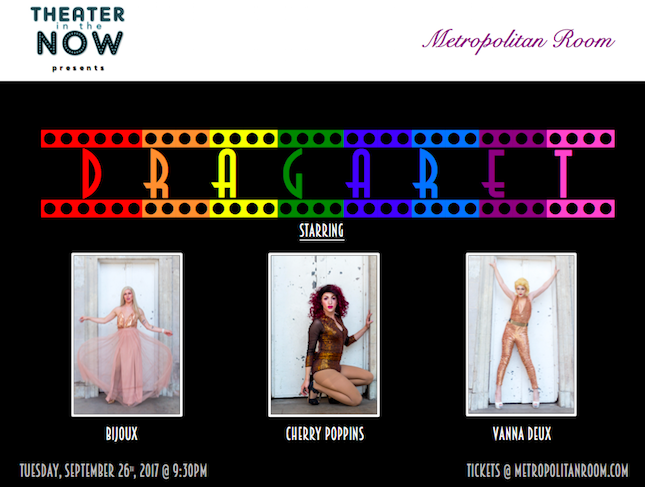 Dragaret will premiere at the Metropolitan Room on Tuesday, September 26 starting at 9:30 p.m. Bring a date, bring a wig or bring whatever or whoever you so choose. 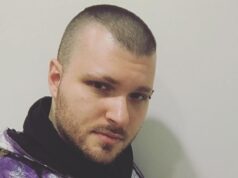