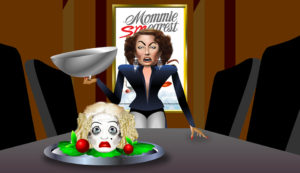 ‘Feud’, the new series chronicling the battle between Joan Crawford and Betty Davis on the set of 1962’s ‘What Ever Happened to Baby Jane?’, has given FX its highest ratings since ‘People v. O.J. Simpson’. But it’s not only FX that is reaping the rewards of the show’s wild success.

Amazon is reporting that the series has reignited interest in books chronicling the lives of the Hollywood Legends. “The series has introduced the Golden-Era stars to younger audiences,” says the publisher behind the Joan Crawford parody novel, Mommie Smearest. He acknowledges the book has seen a significant spike in sales since the series debut. “These were compelling, larger-than-life figures that really exemplified the true meaning of celebrity.” 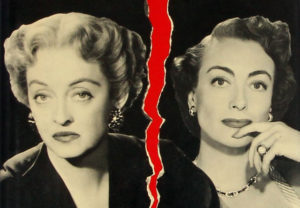 In Mommie Smearest, a recently deceased Joan Crawford returns to Earth to rescue celebrity status back from today’s reality stars, politicians, and anyone who dares to think themselves worthy of posting a selfie. Its a raucous plot line that parodies today’s Bravo-TV-obsessed culture. It also illustrates Joan Crawford’s strong support of the LGBT community.

“It was pure luck that we came out when we did,” continues the book’s publisher, adding they were not aware that ‘Feud’ was in production at printing time.

Bad news: there will not be another season of Feud: Bette and Joan. The anthology series is designed to focus on famous rivalries and the next installment will be a look at the unhappy marriage of Prince Charles and Princess Diana.

Good news: a Mommie Smearest sequel was not originally in the works but is strongly being considered now. 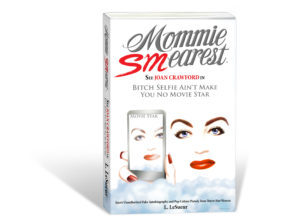