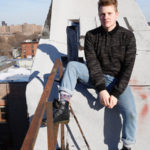 It’s no secret that the gays have officially penetrated mainstream society. It’s gone beyond marriage, as well as our predecessor’s wildest dreams.

“RuPaul’s Drag Race” has our straight co-workers gagged. Trans people are earning positions of power in politics. Parents are supporting young boys by buying them makeup and dolls. The world is certainly changing, but let’s not kid ourselves into believing it has completely changed, sweeties.

Unfortunately, there’s still a good chunk of hate out there. That’s why it’s nice to go to a queer space, where we feel protected and free. So what happens if our spaces disappear? We need to recognize this potential reality. While we knock down borders and claim our right to equal opportunities, we find ourselves in a bit of a predicament. In exchange for being a part of the straight world, they expect to be a part of ours. Equality continues to come at a cost.

You can barely go to a gay bar these days that’s not flooded with herds of women. I don’t mean gay or queer women, who may actually feel threatened at some gay bars. That’s a whole other conversation. No, I’m talking about straight women who come to our bars, sometimes without the accompaniment of a queer person.

They sashay their way to us with their bachelorette crowns and selfie game faces because they want a real life RuPaul experience. They say they like our music better. They say they don’t feel threatened by gay men. Sometimes, however, it may feel like they invade our spaces for the novelty. Often times, it seems they don’t understand that this isn’t an act; it’s our culture. We’re not here for their entertainment. In fact, they’re putting us in danger.

Our safe spaces are vanishing. It’s not only bars disappearing; all of our spaces are on a decline. It’s our cafes, bookstores and neighborhoods that are endangered. In Brooklyn, some of my favorite queer spaces have either closed or turned into hetero hangouts. To find a seat at Outpost, a once popular queer café, I first have to sift through a sea of straights. At C’mon Everybody, I feel weird dancing with other guys unless it’s specifically a gay party.

The worst part is that many straight people don’t even recognize what they’re doing because they don’t know the history of these spaces. For them, it’s all just fun and games. Here’s the T: The queer community is being displaced and is going through a social gentrification.

But isn’t this what we want? Don’t we want equality? Isn’t it only fair to let them in our spaces if we want to be in theirs?

No, I don’t think this is what we want, nor do I think it’s fair. Sure, this may sound a bit hypocritical, especially considering most of these outsiders mean no harm. However, we need to remember that although we’ve made progress in obtaining equality, we still don’t fully have it. We’re still not legally protected in every sense, and don’t even get me started on the atrocities that happen to international gays. Many queer people still feel uncomfortable around an all-straight crowd, and some straight people still act violently towards LGBTQIA+ folks, especially toward trans people. Until our idealistic, equal world becomes a reality, we need to protect our safe spaces.

Next time you go to a queer space, especially a bar, remember you’re not there alone. You’re sharing this space with a whole gaggle of gays. No one wants to decipher who’s gay or not before striking up a flirty conversation. No one is trying to masc up at the bars or talk quietly about gay politics in cafes.

Now, don’t get me wrong: I love bringing a straight companion with me sometimes, so of course I’m not demanding you leave your hetero sidekicks back home. All I’m asking is for you to be mindful of our communal spaces. Find what’s comfortable for you but that’s also respectful to others. Remember, even if you’re comfortable enough in your sexuality to be surrounded by any crowd, not everyone else is. We all have to play our part in preserving the safe spaces we have left.

Ty Seecof is a gay, New York-based writer. He currently works as a copywriter in advertising, but his work also includes essays and screenplays. Contact him through TylerSeecof.com or find him on Instagram @The_TyGuy_.