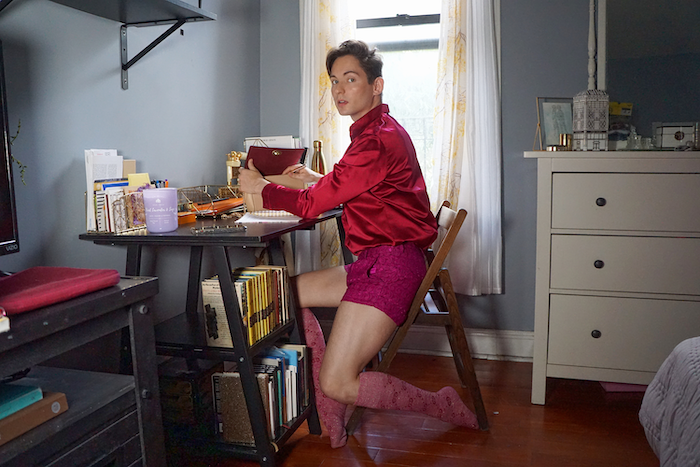 By Mid-May, I realized that I hadn’t left the apartment in weeks.

Late March was the last time I’d been outside my apartment, and then I got sick. I was stuck in bed for eight days, but when the body aches, headaches and fever left and my sense of taste and smell came back, my desire to go outside did not return.

I didn’t realize it at the time. My boyfriend James had taken care of me for eight days, and I’d become accustomed to the inactivity and relative isolation. James went out to get the groceries from Key Foods. James went out to get us lunch from the bodega down the street. James went downstairs to collect our delivered food and mail. He did everything inside the apartment, too; he cleaned and cooked and kept me together so much that it didn’t even strike me how lazy I’d become.

It wasn’t just fear of getting Covid-19, though that was absolutely a concern of mine. By then, we knew that people in their 20s and 30s were experiencing the worst of symptoms–it wasn’t just the elderly anymore. I read story after story about people my age, perfectly healthy, who died within a week of showing symptoms. I read many stories about a disease we still didn’t quite understand, a disease that could take one person’s sense of smell (for a while) and another person’s life, a disease whose long-term effects we won’t know for some time.

Is it better to just get Covid-19, like chickenpox, and get it out of the way? Does having antibodies mean that your body will be able to fight it off in the future? Or can you get it more than once? There were no definite answers. The only thing we knew for sure was that the death count was rising.

But Covid-19 wasn’t the only thing keeping me inside: I had developed a general sense of dread about the outside world. It was comfortable inside my apartment, but even more so inside my room, where I stayed most of the day. While James would go out into the living room to hang out with our roommates, I stayed in bed and watched television. Bob’s Burgers, Golden Girls, BoJack Horseman, Queer Eye, Futurama, The Good Place–I’d binged them all, every episode, sometimes twice. I’d get up to shower, just to end up putting on the same sweatpants I wore the day before and get back under the covers, curtains closed, and order Grubhub for delivery.

But suddenly, I couldn’t stay inside anymore. I was the only one who’d be able to properly sort the mail at work and the only one trusted to make sure that anything important was forwarded to our owners and accountants. Nobody had been in my office since March 17, but how would I get there? A taxi service was offered, but was that actually safer than the subway? What was riskier–sitting in a small confined space where someone else was just sitting, or standing in an open subway with several other people scattered around?

After securing my medical mask and latex gloves, I decided on the subway. The walk to the station was strange: There weren’t many people on the street, but it was perplexing to notice that about 40% of them weren’t wearing a mask. By the time I swiped my card and was on the train, I realized how much my palms were sweating under the clear gloves.

Once the mail was sorted and I was back in my apartment, I felt relieved—not that I was back in the safety of my bubble, but that I had broken the cycle. I needed to be pushed back into the real world and remember that my life wasn’t on pause just because my job was. Still feeling adrenalized and positive, I changed into a pair of running shorts and went back outside.

I’d planned to jog around J. Hood Wright Park, just a few blocks away from my apartment. My stamina was shot—because of not going outside for two months and ordering takeout every day—but after I’d walked around the park twice, I was still full of energy.

I thought about the last fight James and I had, one of those arguments that escalate to the point of yelling, though neither of you can remember what you were yelling about. I went to take a shower to cool off, and when I came back to the room, he was gone.

I needed to find him and apologize. I went to our bodega, our grocery store, our Duane Reade. I went to J. Hood Wright Park. He was nowhere to be found.

I remembered that he’d once mentioned a park in New Jersey, just over the George Washington Bridge. He wasn’t answering my calls or texts, so I decided to go look for him there.

The George Washington Bridge is just under a mile long, but I’d never made it across before. I usually tried to run it and gave up about halfway through, knowing that if I made it to the other side, I’d just have to run the full length back anyway. Checking my phone for a reply from him every three seconds, I speed-walked the entire bridge. When I got to the park, I found him halfway down the winding path, laying down on a bench. “You didn’t have to come all the way here,” he said, sitting up.

“Yes I did,” I said. “I needed to apologize.” We talked for a while on the bench before heading home, side by side, back across the bridge.

And so, nearly two months later, I again walked the George Washington Bridge to New Jersey and back. And again. And a third time. As the sun began to set over the Hudson River, I took my sweaty ass home.

James was on the couch, laying down just like he had done on that New Jersey park bench. “Hey—can we start taking our morning walks again?” I asked.

We had no idea that our next walk would be a march.