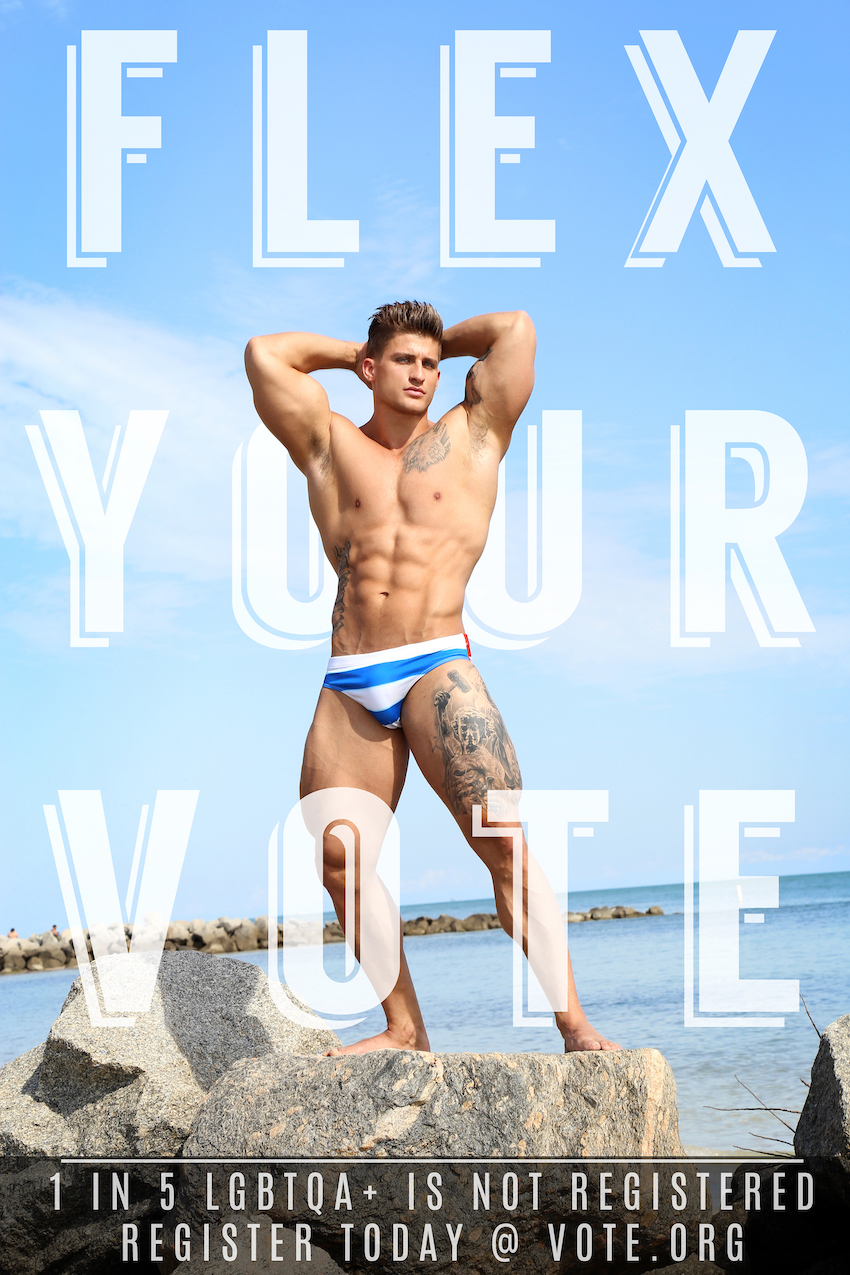 The Fitness Community Sends Message to the LGBTQ Community: “Flex Your Vote”

Eight of America’s leading fitness photographers have joined forces on “Flex Your Vote,” a new campaign that aims to encourage the LGBTQ community and its allies to the polls this November.

“It’s painfully clear why this is the most important time in our lifetimes to vote,” says Mike Ruiz, the famed photographer who is the campaign’s organizer. “We are being engulfed by a pandemic, millions are unemployed, and the government is riddled with corruption. We need to change the direction of this country or we are headed toward a dictatorship where we will be stripped of our rights.”

Ruiz was initially inspired into action when it came to his attention that many of the American fitness models that he helped to make famous were supporting policies that directly undermined his liberties. He reached out to his photographer colleagues in the fitness industry —Pat Lee, Ulrich Oehmen, Jorge Freire, Abel Cruz, Eric Wainwright, Allan Spiers and Michael Downs—for ideas on how they could effectuate change. Collectively, they concluded that, rather than try to change the minds of the indoctrinated, they would try to inspire the LGBTQA+ community to register and then vote in the upcoming election.

“Truth and empathy are on the ballot, and this may be the most consequential election in our lifetimes,” says photographer Pat Lee.

Eric Wainwright devised the “Flex Your Vote” slogan and the campaign was born. As part of it, the eight photographers are posting images to their Instagram and Facebook accounts and encouraging fans to share them with the hashtag @flexyourvote. “I’ve made three posts so far and have had six people reach out to me, telling me that they registered to vote as a result of seeing my posts,” Mike Ruiz informs.

With thousands of shares and reposts, this campaign is hoping to motivate the 20% of the LGBTQ community that isn’t registered to vote to do so.

“It’s going to take every single person voting to not only send Trump away, but to send a clear message that we repudiate everything he stands for,” says model Eric Turner, who is featured in the campaign. 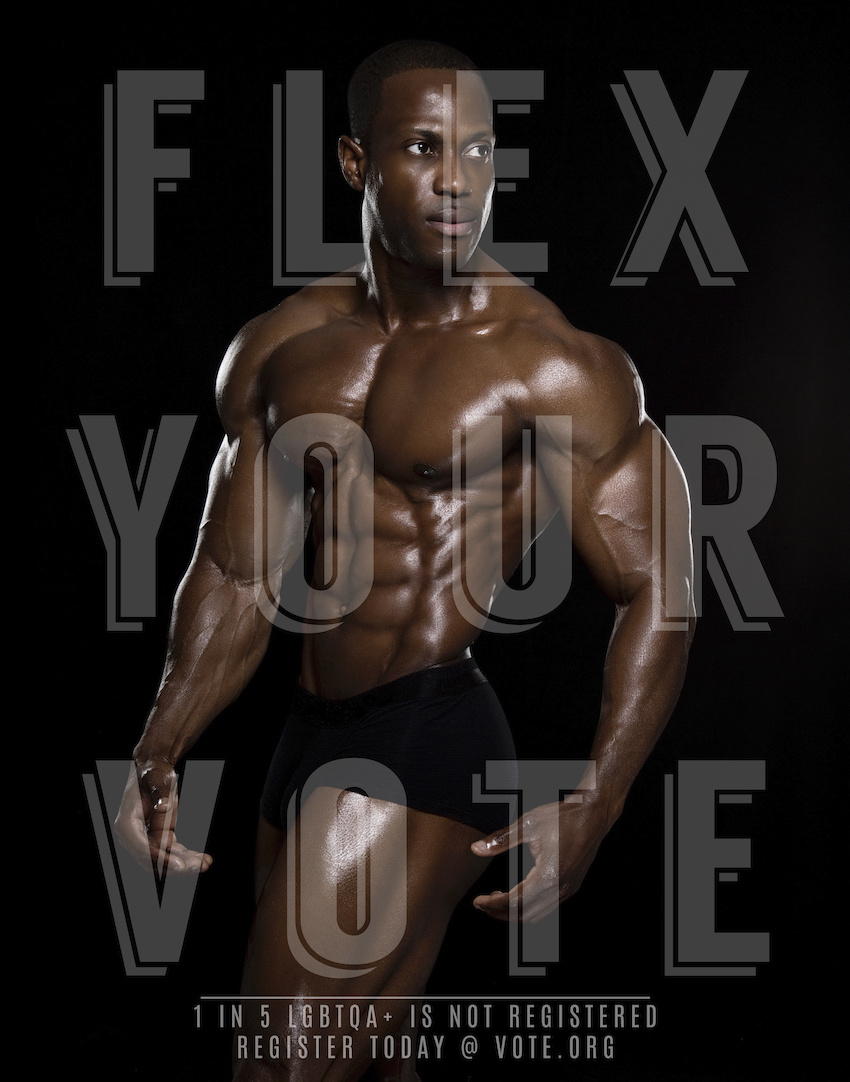