I’m very excited for WorldPride in NYC this year. It would be my first pride, but I’m too afraid to go. I’m only open about my sexuality to a few friends, and I know that my parents would freak out. No one at my work even knows. My two gay friends told me that a lot of straight people go, and I could just say I’m straight if I run into anyone I know, but people take a lot of pictures, and I think it’s even on TV. If someone I know saw it, IDK what I’d do. My friends think I’m being paranoid. I have a lot of anxiety about it. HELP! -Male, Gay, 21

I hate to say it, but if you’re afraid of people knowing about your sexuality, then Pride may not be the best event for you to attend. However, if you’re ready to take another step toward embracing this aspect of yourself, this might be a wonderful opportunity to try and work through some of those emotions and fears. It’s true that Pride is huge, but it’s also true that you may run into people you know. Not everyone is out, and I 100% think it’s an individual’s choice. But, from what you’ve said, it sounds like you want to be out. Maybe by not being out you’re missing out on things you’d rather not.

For the last couple weeks my boyfriend and I have been fighting because I want to go out for Pride at the end of the month, and he doesn’t. When I told him that I want to go to Pride Island, he said, “Only sluts and drug addicts go to that trash,” and then said he was going to break up with me if I want to be “one of those gays.” He often says negative things about gay guys, but has never told me I can’t do something. It’s WorldPride, and I want to go, but I also don’t want to have to break up with my boyfriend. Should I just go and not tell him? -Male, Gay, 22

It sounds like your boyfriend is struggling with some internalized homophobia and needs to see a therapist. It’s true that “sluts” and “drug addicts” go to Pride festivities, but they’re not the only people that go. Others include activists, sober people, straight people, etc. Also, people have a lot of different complex identities; rarely are they a singular “thing,” and there’s nothing wrong with being a slut. Further, using substances responsibly is a personal choice. The point being, there are going to be all different types of people at the events, and you don’t have to do anything you don’t want to. Your boyfriend is trying to take your choices away from you; he’s trying to control you. No, I don’t think you should lie to him. You should do what you want to do, and if he doesn’t like it, then maybe you’re not meant to be, and that’s OK. 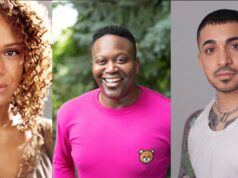 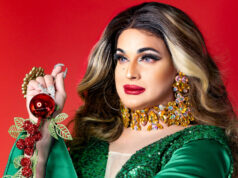 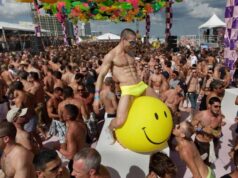