I’m 58, and my partner is almost 30 years younger than me. We’ve been together for six years and have always been open. Three months ago I met someone wonderful on Grindr; we instantly clicked, and I’ve fallen in love. I told my partner, and he responded negatively, saying that if I don’t break it off with this other guy, that he’s going to leave me. I’ve never been happier in my life, but I don’t want to lose my husband. What can I do? – Male, Gay, 58

You have to make a choice, and unfortunately, I can’t tell you what to do or what is going to make you the happiest in the long run. Part of being in a relationship, whether it is open or not, is the commitment that you make to the other person(s). That doesn’t mean that you have to stay in the relationship no matter what, come hell or high water, but you did make a promise, and now you’ve broken that promise. It happens, and you have to decide what you want to do about it. You’re 58; haven’t you learned that constantly chasing the next best thing doesn’t lead anywhere? 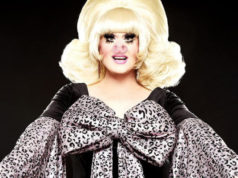 America’s Workplaces Will Be More Fair and Equitable Due to Today’s U.S. Supreme Court Ruling