The very talented and creative, 24 year old British recording star, songwriter and producer, Shura, is set to embark on a huge tour including: Italy, Zurich, the U.K., and nearly the entire USA, from L.A. To New York, in support of her debut, full length, album release, “Nothing’s Real”, about to be unleashed July 8th.

I was able to speak to Shura, and found her to be quite brilliant, out spoken and candid. Her album and videos are expressive, especially “Touch”, which includes a queer touch, and “What’s it Gonna Be”, starring her twin brother.

I’m so impressed with you and your music.
That’s a good way to start a conversation.

What inspired ” Nothing’s Real”?
I guess in terms of lyrical content its kind of autobiographical. For me the record is about nostalgia, that’s looking back at past relationships, that weren’t that wonderful, and if you think about it, they were probably awful. Nostalgia is kind of being innocent, being a teenager, being in love, and now being an adult, I still don’t know what the hell I’m doing.

What was your influence in writing, “What’s it Gonna Be”, I saw the video, it was very cool.
I was inspired by Don Henley’s “Boys of Summer”, musically. The song is basically about having a crush on somebody. I guess the strongest memories I have about having a crush on someone, would have been at school. The music video’s about a song in a High School. I never got to go to an American High School obviously. It was really exciting for me to pretend that this happened to me in High School. If I set it in an English High School, it would have been totally wrong, it would have felt really strange. The queer twist was loosely based on the kind of experience Nick and I had growing up. The boy in the video is my twin brother.

You have interesting parents too. Your mom is a Russian actress?
It’s cool. I joke that my parents are cooler than I am. My dad’s English, and they met in Russia. I was born in England, and I’ve always lived here, but I never really felt very English, but then I go to Russia, and I definitely don’t feel Russian. I have this funny thing were I don’t really feel that I fit anywhere. I should go to Australia or somewhere, and I’d be like “finally somewhere”…

I’ve noticed that you have a huge tour coming up.
Yeah, pretty much touring all of North America, through September and October.

There are some really good venues on the list, like Terminal 5 in New York City.
Good, I’m glad because I don’t know them. I’m really lucky, I get to see in three months, more of America than most people see in their entire life. I’m really excited, I’ve got all my video cameras and still cameras to document my adventure. I’ll probably see more of America than I’ve seen of England.

I’ve seen more of England than I’ve seen of America. I’m addicted to the UK.
I like it, but I’m not a big fan of it at the moment. We are making some very strange decisions.

I guess you aren’t one that wanted out?
No. I don’t know anyone really who wanted to leave. Most of us in London voted to stay. We’re having a lot of demonstrations at the moment. It’s really important because that’s an important part of democracy. Even if things don’t go your way it’s important to say, “I’m not happy about it”.

You need to write a song about it.
Yeah, I probably do.

Do you feel sometimes like your writing lyrics as a lifeline for people you will never meet?
I don’t feel like that at all. It’s like a lifeline for me. What’s really lovely about songwriting is, I find its really easy to sing songs about things that were difficult for me. It becomes the property of other people, and I have people literally come up to me and tell me that I’m describing an experience that happened to them. I never thought that I was doing that at the time. I would be terrified if I thought about all the people that were listening to it, and I wouldn’t write anything.

Do you have a lot of experience performing live?
I’ve always performed live, but again p, am I use to playing in a venue like you described such as Terminal 5, absolutely not. This is a very different kind of project. It’s very different standing in front of 100 people with your guitar. You can see their faces, you can interact with them. When you’re on a bigger stage, everyone sort of becomes this dark mass. You can’t really communicate in the same way.

If you could say anything to your fans and followers, what would it be?
I’d probably say something really cheesy, along the lines of, be truthful, whether it’s with yourself, or to other people, and be compassionate. Everything negative in life comes from “mislead”, so be truthful. 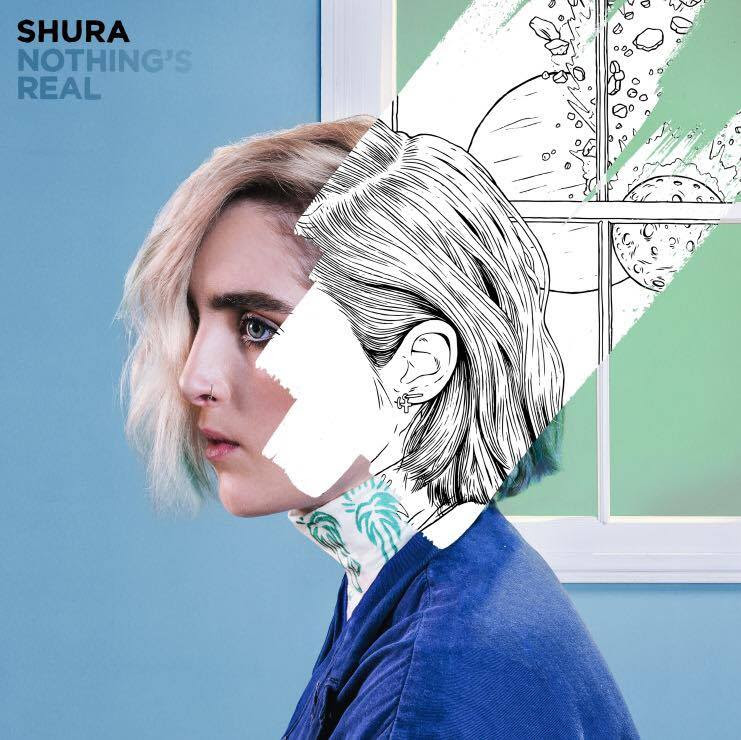