Drag star celebrates the holidays with an all-new evening of comedy and songs.
December 4 & 5 at Laurie Beechman Theatre

Drag star PAIGE TURNER presents the World premiere of her all new holiday show HURRY DOWN MY CHIMNEY! on December 4 & 5 at the Laurie Beechman Theatre (407 West 42 Street, inside West Bank Café).  This oversized Barbie wants a lot this Christmas and isn’t taking NO for an answer. ‘Tis the season to be greedy, so come be a misfit, get your stocking stuffed, and celebrate the true meaning of Christmas — Paige Turner style. The show features over-the-top parodies, videos and lots of presents just waiting to be unwrapped — plus some special surprise guests. Showtime is 9:00 PM; tickets are $22 and are available at www.SpinCycleNYC.com or by phone at 212-352-3101. There is a $20 per person food/drink minimum at each show.

PAIGE TURNER is one the original creators, producers and host of So You Think You Can Drag? at New World Stages in midtown New York City. Billed as NYC’s live drag reality show, SYTYCD completed its 5th season last fall with celebrity judges including Adam Lambert, Charles Busch, Zach Booth and Jackie Hoffman. Turner also performs parodies on YouTube which have included parodies of Carly Rae Jepsen’s Call Me Maybe, One Direction’s What Makes You Beautiful and the Grindr Connection, a parody of the Muppet’s Rainbow Connection. 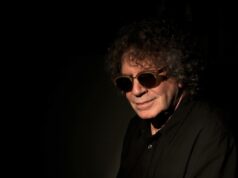