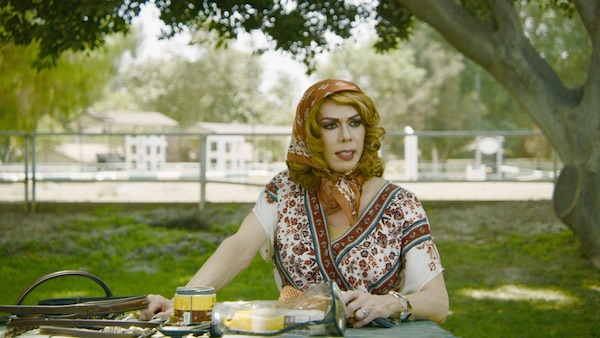 The second season of The Browns is streaming now on OUTtv. Starring drag duo Tammie Brown and Kelly Mantle—Brown as a semi-retired singer and homemaker and Mantle as her delightfully dipsomaniac manager and best friend, Sheila—The Browns reimagines the family sitcom in a way that is strange, vulgar and deliciously outrageous.
“When I first met Tammie, she was singing to herself in the mirror while guzzling champagne and playing with dancing troll dolls,” recalls Kelly Mantle. “I thought she was the ghost of Edith Piaf! I immediately knew this was the kind of batshit crazy I needed in my life.”

On the popularity of Sheila, Kelly Mantle says, “People connect with Sheila because she has no filter, no censor and no shame. She says what we’re all thinking. She’s bold and blunt, but it goes down smooth like Southern Comfort.” 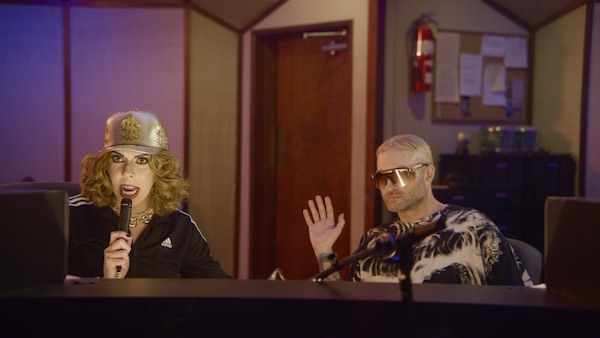 We spoke with Kelly Mantle, who identifies as non-binary, from their home in Los Angeles.

How would you describe your relationship with Tammie Brown?
We are two comedic corpses living out our Hollywood fantasies.

What it’s like to work with her?
She’s a nightmare. A real movie star monster. We’re like Joan and Bette on the set of Baby Jane.

How did you come to play Sheila in The Browns?
Tammie telephoned me one day and asked me to come make some moving pictures with her. I showed up with a wig, some wine and weed, and Sheila was born.

Did you need to tailor the role of Sheila to fit your personality?
Sheila’s a self-tailored woman and always evolving. I’m madly in love with her.

What are one or two things you have in common with Sheila?
Wine and weed.

What’s something Sheila does that you would never do?
Well, she’s a mixture of my mom, my Grandma and my Aunt Mikey, who were all very boisterous. I’m much more shy than Sheila.

Do you remember where you were when you heard there would be a second season?
In therapy.

Did you know right away that you would be part of the new season or were there some heavy negotiations that had to happen first?
Well, Sheila is my manager too, you know. So you can imagine there was a lot of illegal wheelin’ and dealin’ goin’ on!

What was it like reuniting with Tammie and the whole cast for season 2?
Coming out of the pandemic freshly vaccinated, we were all feeling somewhat frisky and fancy free. It was a jubilee! We also have a lot of fun guest stars this season.

Are you allowed to say who?
Probably not, but I will anyway. We have Katya, Honey Davenport, Mariah Balenciaga, Sherry Vine, Jen Kober and my secret lover, rapper Cazwell.

Was the show as fun to make as it is to watch?
Yes! We have a blast. Even though this new season is scripted, we still allowed a lot of space for improv. So you never know what’s gonna fly out of Sheila’s mouth…or go in it.

Who in the cast had the most difficulty with their lines?
Bette Davis, of course. 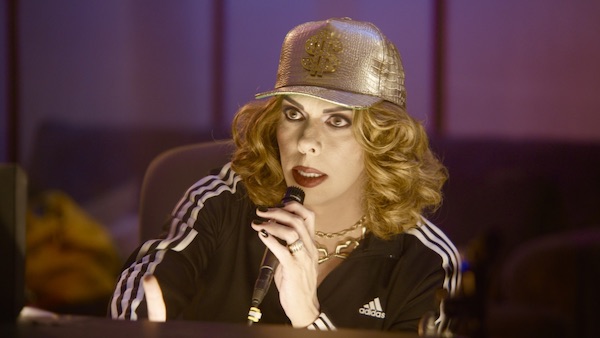 Why should viewers tune in to the new season?
Because they’ll laugh. And laughter is life’s lubricant.

Last question: What have you done with all of the fabulous clothes Sheila wears in season 2?
Sheila took them to Goodwill so she could write them off on her taxes.