“I’m showing people my badass side,” says Joe Bermudez, the DJ phenomenon behind many of Britney Spears’ and Rihanna’s hit remixes.

His new song, ‘Skitzo‘, featuring the vocals of rocker April Efff, exudes confidence and attitude and encourages clubbers to embrace their inner crazy on the dance floor.

Originally, Joe’s idea for the video was to tell the story of a crazy girl robbing a convenience store, stealing a cop car and ending up at a house party with Joe behind the turntables. However, after shooting the house party scene, Joe realized he had all he needed.

“The house party ended up being one of the most memorable parties I’ve ever been to,” he recalls. “It’s not everyday you have a T-Rex, a minion and a mermaid all dancing together.” 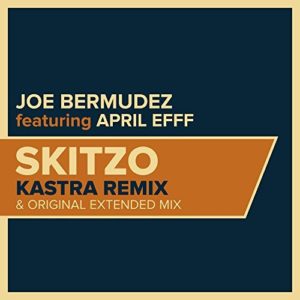