Gianna “GiGi” Harris is a singer, and stage and screen actress, born and raised in NJ. Gigi is most notably known for her work in Andrew Lloyd Webber’s Broadway and Touring Production’s “School of Rock the Musical.” She neared 800 performances prior to her “graduation” from Horace Green. Her other works include: “Working in Theater,” “I Have A Voice,” Sesame Street, “The O Clocks,” Good Morning America, and the 70th Annual Tony Awards. Gigi is very passionate about mental health awareness and LGBTQ equality. 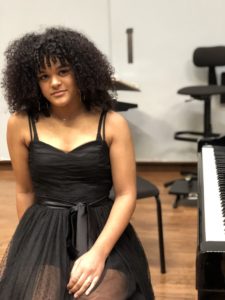 Most recently, Gigi has received much acclaim for her endearing role as “Emma” in the film “Mighty Oak” that is available on AppleTV and Amazon Prime on July 7th. Take a closer look at the engaging interview about her experience with this film and what we can anticipate next for Gigi.

How did you prepare for your role in “Mighty Oak” and how similar are you to your film character?

Preparing for the role of Emma Biggs was so much fun. The first thing I did was read the script, and I realized pretty quickly that Emma is an extension of myself. She stands up for what she believes in, and she protects her friends and family. I like to believe that I am like that too. So, becoming Emma felt so natural because it felt like me.

Did you have a favorite scene in the movie and if so which is it?

Yes, I have two favorite scenes. The first was when Emma is piercing Oak’s ear. We were cramped in this tiny bathroom, and I think we laughed the whole time. It is a super quick flash scene, but it was so much fun to shoot and kind of gross. I think I loved filming it because of how weird it was.

The other one is the surfing! I had to fly back out for those. They were going to hire a double for those because I had never surfed, but they ended up letting me try, since I have an athletic background. I was a competitive gymnast for five years. I had about three or four lessons and then we shot the scenes. I had so much fun. Surfing is such a workout, but I am a fan and love it. I wish we had good surfing waves on the East Coast!! 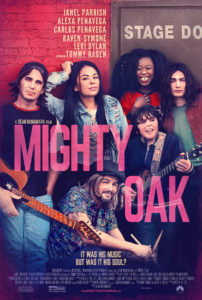 How did you get the part?

My manager, Shana Landsburg saw the role come up and she sent my resume and headshot to the casting team. Then one day, my mom got a call from Frank Ragen (who we know from School of Rock tour) and he said I just got Gigi’s submission for a role we’re casting, and we’re super excited to see her tape! He said get that tape to us ASAP; we cannot wait to see it! We did the tape that night, and I found out I got the part a couple days later.

You are no stranger to the stage and screen. What made you want to go into the entertainment industry?

I grew up watching all the crazy talented actors and singers on tv and I wanted it to be me. I would watch the Disney channel, Nickelodeon, America’s Got Talent, and American Idol, and felt like those were my people—the singers, dancers, and actors. I felt a connection with them. I would watch and say that is what I want to do when I grow up. I remember when I was five, I dressed up as a Rock Star for Halloween—it has been something I’ve always wanted. 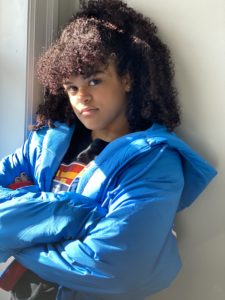 Was there a moment in your life that change the whole trajectory of it?

A moment in my life that changed me was when I was diagnosed with anxiety. When my mother was pregnant with my little brother, she was sick with severe pre-eclampsia, and it was scary for me. I thought I was going to lose her. So after my brother was born, and my mom went back to work, I suffered from separation anxiety.

The anxiety made me feel sick all the time, I could not function at school, and I could not eat. It completely controlled my life. This was also the time that I transitioned from competitive gymnastics to singing and acting. I really believe that singing and acting helped with my anxiety, and I always say that music saved me. I still have anxiety attacks, but not as often and I have learned to recognize them, which really helps me. I will always be a strong advocate for mental health awareness and treatment and will always try use my platform to educate others on issues like mental health and LGBTQ rights.

“School of Rock” was a fun musical. Which role did you portray?

I played two roles for School of Rock, actually. On Broadway, I was Shonelle. She was bursting with energy and was one of the back-singers. I was in that role for a year and a half. Then when they announced the tour, I was honored to originate the role of Tomika, and I was on tour for six months. 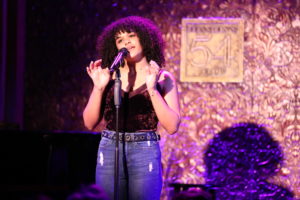 Pride Month just passed, what does Pride mean to you?

Pride means so much to me. Everyone deserves to freely identify and openly date, marry and have children however they want without fear or judgement. Pride is so important because it gives people in the LGBTQ community a place to gather and talk about the everyday struggles they may face and have someone who understands completely, but it also gives them a place where they can truly be themselves.

How does being part of the LGBTQ community impact your career if at all?

I do not think being an advocate for the LGBTQ community has had any impact in my career. Everyone that I have come across in this business so far, fights alongside with me for the LGBTQ community. I’ll always use my platform and my voice for equal rights regardless of the impact because it’s what’s right.
Knowing what you know now what advice would you give baby Gigi?

Advice that I would give to baby Gigi is to not be so nervous and shy all the time. I would say fear is an amazing feeling and that most amazing things are on the other side of fear. I would tell her to try new things, and do not be embarrassed when you mess up because it’s good to make mistakes, that’s how you learn. But to also trust in herself and in what she believes. Do not let people get away with saying mean things to others. And, most importantly, don’t let people walk all over you, and know who your real friends are, and tell them you love them for who they are because they love you for being you. 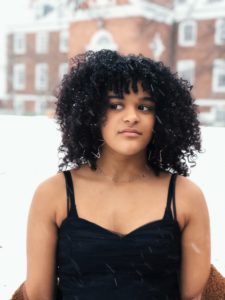 What is new for GG for the remainder of 2020 and beyond?

For the remainder of 2020, I will continue singing, writing songs and taking performing arts classes. Once we are lifted from quarantine, I’ll be working back again with my girl group enjoithejrny and our favorite producer, Troy Bell.

How can people stay up to date with you?