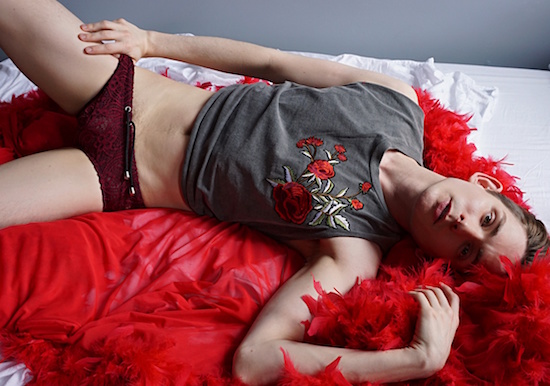 When it comes to friends with benefits, one of two things typically seems to happen: You become straight-up fuck buddies, only calling each other for a booty call, or one of you falls in love.

I was pretty certain I didn’t see M in a romantic way, but I’d never really thought about it before. He’d never asked me on a date, and when we fooled around I was the one who came onto him.

Surprisingly, our friendship seemed to stay the course. We’d get food, go out to bars, get drunk—and, occasionally, return to his apartment afterward and fool around.

But friendships, just like anything else, do change with time. After a year or so, I got a new job that changed up my schedule, and M moved into deep Brooklyn. We stayed in touch, of course, but our weekly nights of debauchery mostly came to an end.

Three years after we first met, we went out to the Ritz for our tri-yearly night of drinking. “Seeing anyone?” I asked, four (or five?) drinks in.

“Just ended something, actually,” he shrugged. “I made it clear that I didn’t want a relationship, but he stuck it out for five months, hoping I’d change my mind.”

“Eh, I’m not ready for a boyfriend now anyway.”

“You’re a special case for me,” he said seriously, not making eye contact.

“I never let down my emotional guard for him, I guess. With you, I did right away.”

Baffled, I leaned back against the wall. I didn’t expect that, and if I were expecting it, I wouldn’t have had so much to drink.

“Are you saying you have feelings for me? Like, real feelings?”

“For two and a half of those years you kept getting back together with The Ex Fiancé,” he said evenly, not allowing himself to get upset. Not to mention, he wasn’t wrong. “Maybe I dodged the issue all those years. The timing was never right, I guess.”

“I guess I thought that I did.”

We stood there in silence for a while, then paid our tab. He walked me to the subway, nodded goodbye, and hopped into a cab.

Maybe it’s possible to be friends with benefits, but for M and me, that was not the case.

We never talked about it again. 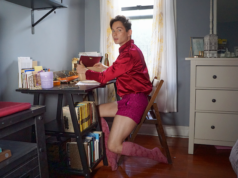