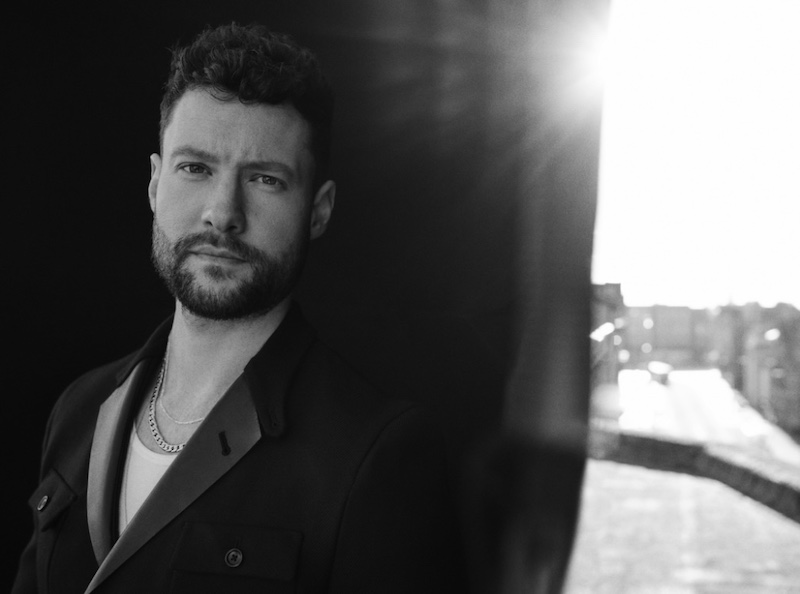 Not every tempest passes in an instant, not every deluge can be brushed off. We can wait for blue skies to be restored or we can take the plunge and seize the day. Multi-platinum, soul-swelling singer/songwriter Calum Scott opts for the latter with his new concept album, Bridges, via Capitol Music Group. Memorializing a particularly dark time in his life through the title song, Calum uncovers unlikely hope in the darkness while embracing his newfound empowerment.

Calum Scott climbed the ramparts of success with his cutting edge song “You Are The Reason”, which became the soundtrack for major events in the lives of many. Bridges showcases the heart wrenching song “Boys in the Street”, an anthemic LBGTQ story about a father’s struggle to accept his openly gay son. The album also features his newest single, “Heaven”, the ultimate love song that sounds like it rode in on the wings of angels. Although Bridges sometimes examines some emotionally heavy topics, it’s also an inspirational voyage that leads you to sunlight. 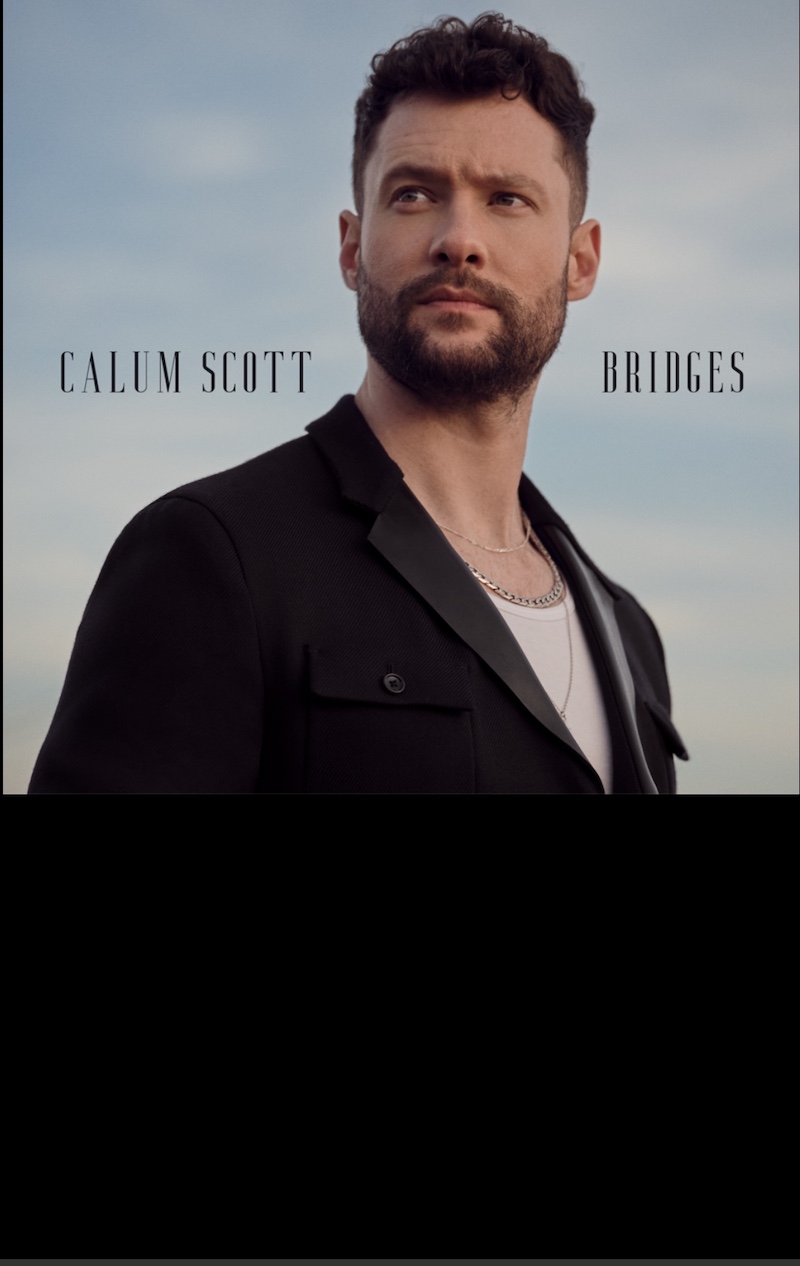 Like a seductive alchemist, Calum Scott transforms private anguish into a universal narrative of truth. Calum will be embarking on an enormous North East tour on July 30th, stopping in New York on August 19th and then again on September 1st.  I was fortunate to have a conversation with one of the most sensitive artists of our time regarding Bridges and life.

What drives you to write and perform all of your arresting songs?

Life experiences, definitely. All of my music is derived from past experience and things I’ve been through in my life. Whether it be pain or love or heartbreak, it always comes from the heart. I’ve only ever done songs like that ever since the first album. I’ve always written songs that were authentically sincere.

You can tell that your songs are coming from a genuine place.

I think that’s why I do it. I feel like the real stories that people share are the ones that resonate so deeply. My experience in writing is that every time I’ve written honestly, that honesty has always paid me back tenfold in terms of how the fans react to it and what they make of it. It does feel like a bridge between me and my fans. I think that’s really important. I think that when I perform, it’s very sincere and powerful because they are real songs. LIke you said, people can see right through you, so it’s important for me as a songwriter–and to be able to perform at that level–to be real.

When you were creating “Bridges”, what was going through your mind?

“Bridges” is a song about a darker time in my life. I was in a place in my early twenties where I was really struggling with my self-esteem and my confidence, for various reasons. I suppressed my sexuality for a long time and I had relationship issues, a lack of confidence, and I was just in a really low spot. I literally used to question whether or not I could continue on my journey. It was something that I misinterpreted, and I never felt that way again. But it had never really crossed my mind to write about that. Then, when I was writing the second album, I was just being more honest and I was thinking deeper and I took myself more seriously as an artist. I tried to write a song a couple of times and it wasn’t really working out, but then I was in the studio with Danny O’Donoghue, who was the lead singer from a band called the Script.

We just go on so well. I thought, “Maybe this is the guy I could write the song with.” It was a really tragic song, but we made it beautiful. So, I’m very proud of it, but it was tough to decide whether I would put it on the album because I wasn’t sure how much of myself I should put out there. But it was an obvious decision because I had seen the comments and I had seen that this song resonated, so I thought, “I have to” because I had to keep on writing music that would help people. 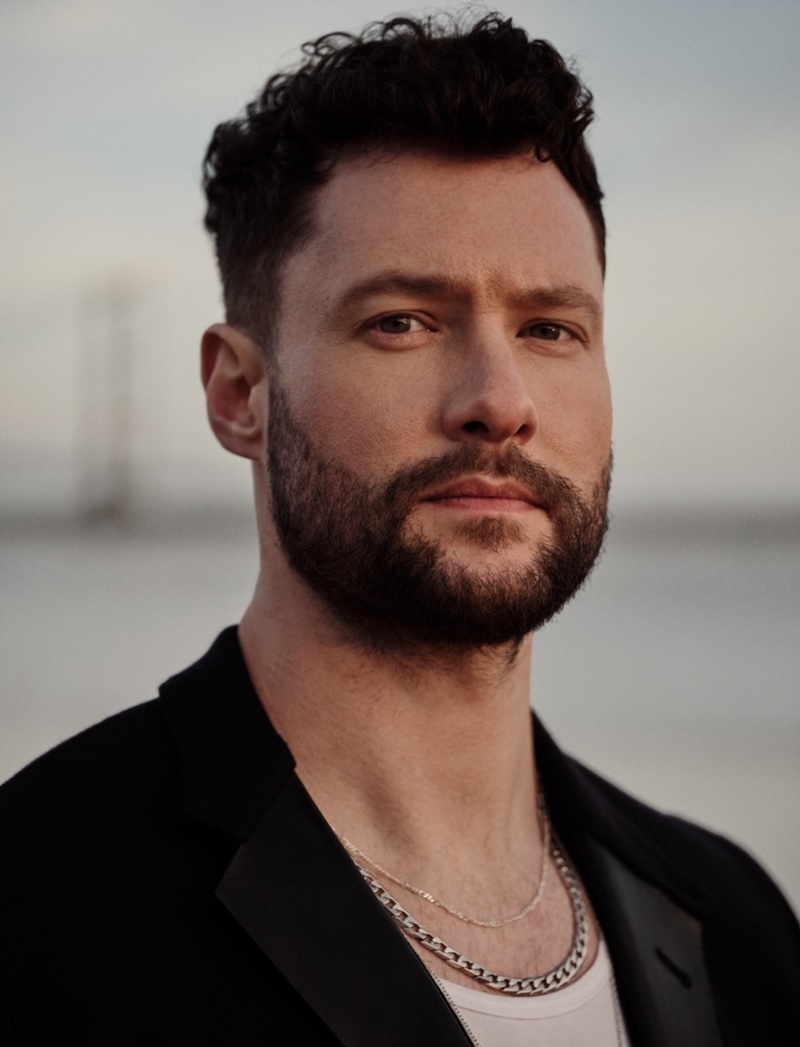 There are so many people that have been in your situation at one time or another, especially in the community. I think that your songs will absolutely reach a lot of people. I love the song “Boys In The Street” [by Scottish artist Greg Holden]. How close was your situation to that song?

I sort of have had the same situation. My relationship with my family has always been amazing, and when I came out, it hadn’t changed.  But I did have that pain when I wanted to be understood and I wanted to be accepted, but unfortunately when I told my friends when I was younger, I was abandoned. I still know exactly how it feels to be in that situation–you just want to be understood. When I first heard that song, I thought it was such a beautiful song and so well told. With that understanding at the end, I think it provides a real life lesson and it represents the people in the community who faced such pain and difficulty in the journey. There’s not a dry eye in the house when I sing that one.

Is there any particular song that you can’t wait to get onstage to sing?

I don’t know how much of a voice I’m going to have after singing the songs. But there’s a couple. I think “Last Tears”.  It’s a song that has come from a relationship where you’re able to walk away and hold your head high. I’m really happy that I wrote something like that.

You will do it, you’re a rock star.

I’m going to the vocal gym to have a workout, so I’ll be fit and ready for it.

So, is there any question on the planet that you’ve never been asked but wish you had been?

Eileen, that is the question of questions. There is a question that I was asked before, but it doesn’t come up all the time: If I was able to go back in time and give myself some advice, what would I say? I think if I’d change anything, I think the journey of being on the highs and the lows of it. Being in the position where I think the world is at my feet, it’s the most terrifying feeling. I’m just a normal guy from a small city in the UK. I mean, how has this all happened to me? But then, also standing in a stadium with thousands of people singing a song that people are singing back to me, all of that. The celebration of how hard I’ve had to work on this album, worrying about whether it’s going to be received well, talking about the songs to people like yourself. It’s the ups and downs that make the journey what it is, and I feel like if I was to go back in time, there’s nothing I can say to prepare you for this journey. Be grateful, be humble and perform every song like it’s the last time, and you’ll do all right.

That’s a great answer, Calum. So, is there anything else you want to talk about that I haven’t touched on?

Well, I’d say back to live shows again…I start my tour at the end of July and it goes all the way up till November. It’s the most extensive tour I’ve ever done. It’s going to be special. I mean, we’ve all been craving to get back into the venues and perform live again and travel. I just took a trip to Australia on Friday and flew home again on Sunday. As soon as I was offered the opportunity, I was like “Get me on a flight.” There’s a newfound sense of appreciation for live music. I’m looking forward to performing live across the world. There are some countries I’ve never been to before, like Japan and Thailand, and some countries that I actually love, like America and Australia and all across the UK. I’m really looking forward to those live shows. I’ve got a band that is just as excited to perform as I am, so I think it is going to be really special.