Dallas Preston grew up on the Jersey Shore and still calls the Garden State his home. Earlier this winter, a little text changed his life forever. The next thing the 21-year-old knew, he was on a flight bound for Las Vegas to meet with the casting team at Helix Studios. This spring, Dallas makes his adult film debut in Helix Academy Wrestling, the next chapter in their popular Helix Academy series.

In the new season, Helix’s leading man, Josh Brady, stars as captain of the Helix Academy wrestling team. He is pushing the team to keep their heads in the game, but the guys are finding it hard with so many… um… distractions. Studio favorites Travis Stevens and Seth Peterson also star, alongside a bevy of other Helix hotties. Newcomer Dallas spoke to us from his Jersey home.

Hi, Dallas. Did you imagine you’d be wearing tights in your first adult film?
Dallas Preston: No, I didn’t! But I think it’s an amazing way to start an adult film career.

How did a nice Jersey boy like you find your way to Helix?
DP: I applied on the website and not too long after, I got a text inviting me to an audition.

Has it been fun getting to know the other Helix guys?
DP: It’s been really great with the other guys. Everyone gets along so well. I love being able to talk and connect with other guys pursuing careers in the industry.

How did you learn you had been cast in Helix Academy Wrestling?
DP: The director texted me that the studio was doing something really big and that they wanted me to be a part of it. He didn’t tell me what the film was exactly, just that there was wrestling involved.

Did you win Best Eyes? You should have!
DP: No, I didn’t, but thank you so much!

In Helix Academy Wrestling, you get paired with Jacob Hansen and Kane Fox.
Who would win in a real wrestling match?
DP: In a real match, I would beat both of them. I might be little, but I can pack a punch.

Did you have a say in who you were teamed up with in the film?
DP: No, it was all in the script. We didn’t have a say.

What did you remember most about your experience with Kane?
DP: How he and his boyfriend were arguing.

Spill the tea!
DP: (Laughing) I have no idea what they were so upset about, just that it created drama on the set.

That means you’re a Yankee Doodle Dandy!
DP: I am!

What’s something fans would never guess about you?
DP: I know the alphabet in sign language.

What’s the craziest thing left to do on your bucket list?
DP: I don’t know if it would be considered crazy, but I’m dying to go to Brazil so I can meet the people and explore the country, especially Rio de Janeiro.

Who is the most important person in your life right now?
DP: My mom is my best friend.

You’re a momma’s boy, too?
DP: I love all my family. They’re so important to me. I can’t thank them enough for being there with me every step of the way. Even with my new career, they still love me the same as they always have.

Where do you see yourself in five years?
DP: I see myself still shooting videos, owning a property, and continuing to love life as much as I do now. 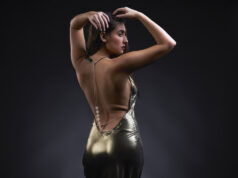 Zana Gets To “Know You”