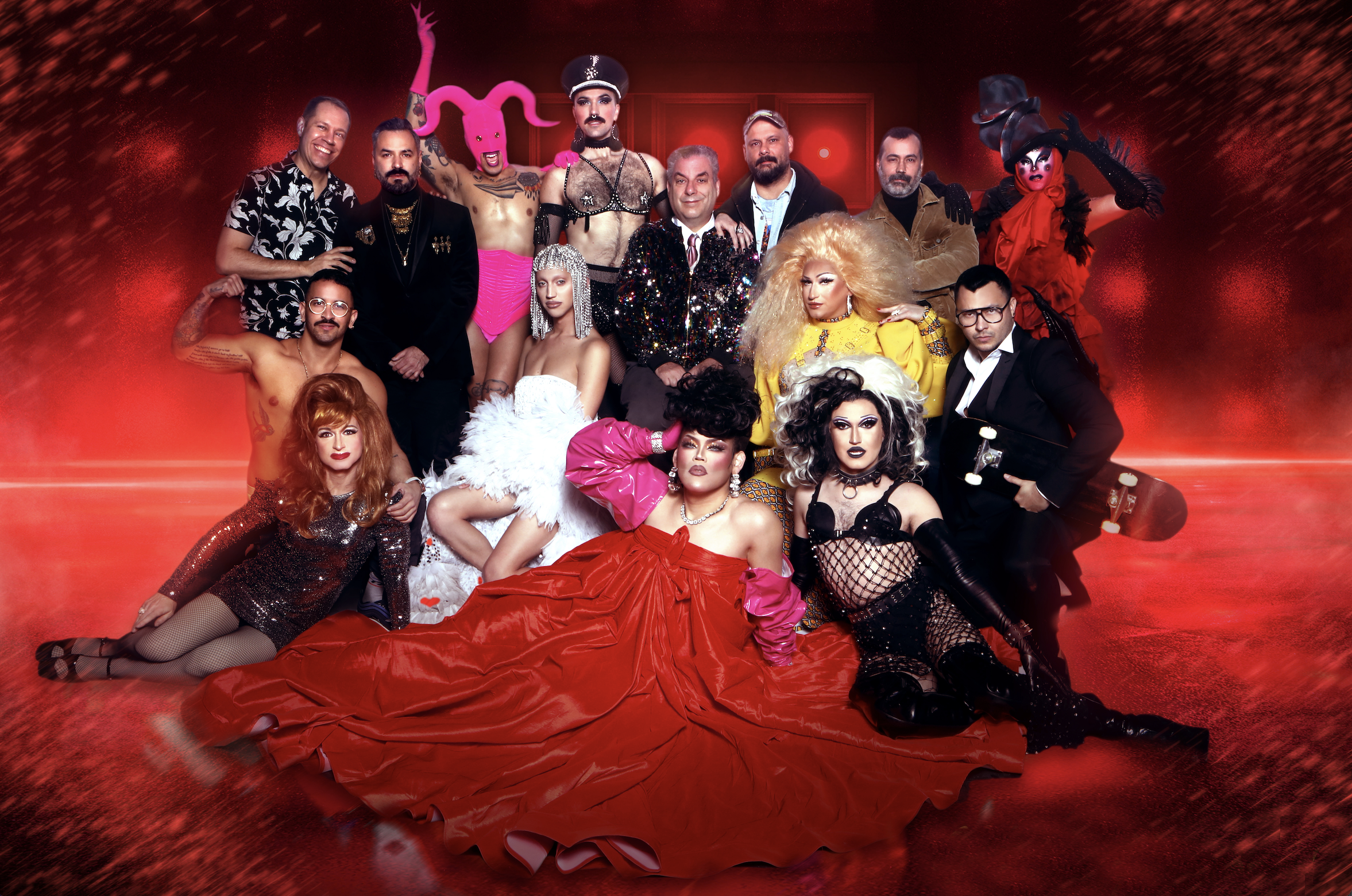 The GLAM Awards, where queer New York nightlife stars are honored for their contributions, while gagging us with their most elevated looks of the year, returns to Sony Hall on Monday, January 30th for its 24th year. Created by drag hostess Cherry Jubilee as a small, fun way to honor local drag on the Barracuda stage, the GLAMs have since evolved into a world-renowned extravagant gala kiki featuring celebrity hosts and epic performances. This year will be hosted by drag recording artist sensation Lagoona Bloo and Drag Race star Jackie Cox.

During the photo shoot at the new venue Red Eye for this accompanying spread featuring Cherry and some of last year’s GLAM winners, co-hosts of the Thotlight podcast Jim Silvestri and Freddie Cosmo chatted with gorgeous live singing queen Jasmine Rice LaBeija, bohemian Queen of the Universe star Novaczar, popular drag DJ Boyish Charm and Ms. Jubilee herself about what’s happened since their last GLAM win, and what they’re expecting from this year’s show. 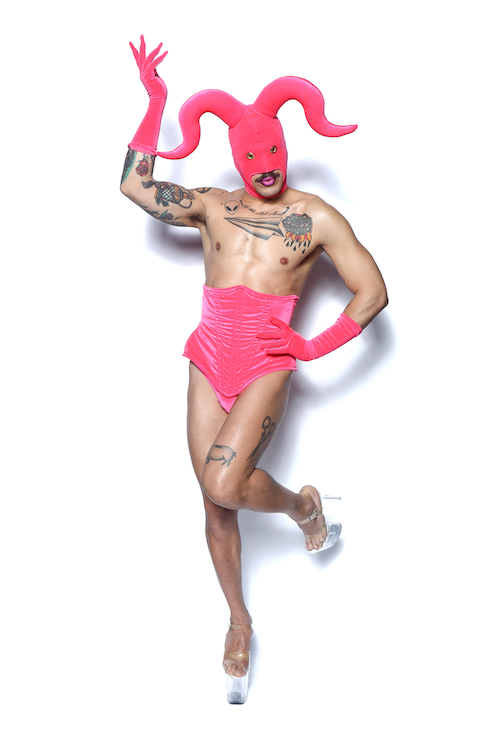 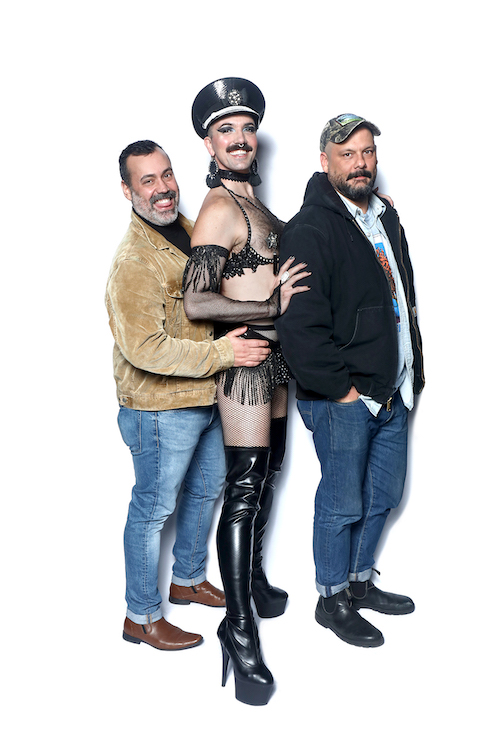 JIM: Jasmine, last year you won the GLAM for Best Dressed…for the second year in a row. How great is it to be part of that legacy?

JASMINE: Honestly, I think the thing with the GLAMs is like, it’s one time out of the year where the whole community comes together and celebrates each other. And I think the [the award] actually motivates me and pushes me to be a better entertainer, a better New York City nightlife representative and a better artist all around. So, I mean, that’s what it means to me. That was a great pageant answer…I am your Miss Continental Number 69!

JIM: Miss Jasmine, you are up this year for several things, actually: Best Dressed again; Best Vocalist–you’re a classically trained opera singer. And this is exciting… you are part of the new Best Brunch category, care of your Saturday show with Zeta Jones at The Spot! How have you enjoyed being a brunch queen?

JASMINE: It’s amazing. I love that stage and the whole setup. And you know, brunch is just such a staple in New York City…and like, drag nightlife in general. Even though it doesn’t happen during the night.

JIM: What’s your hope for the New Year?

JASMINE: I am very content with life. I just want to continue on what I’m doing, because I truly love what I do. 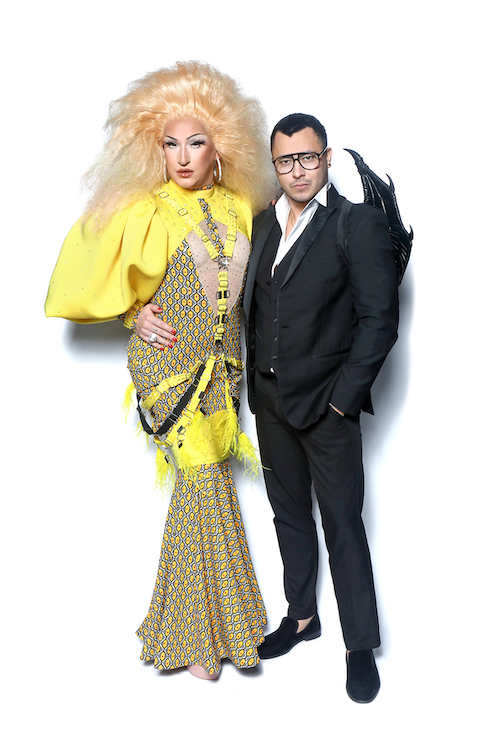 JIM: You have such a dramatic look, Novaczar. And you’ve been a very interesting queen to watch! Of course, you were on World of Wonder’s singing drag competition Queen of the Universe, where you did us New Yorkers very proud. You’ve also done some touring and you’ve recorded original music. You sang one of the songs on the GLAM stage last year.

NOVACZAR: Yeah, with like a 20-person chorus and a full band, which was literally insane. It was wild!

JIM: You won for Door Goddess that year, and you’re up for that category again this year, thanks to your gig at Pieces. What makes a good door goddess?

NOVACZAR: Looks are very important to me, because you are literally the first thing besides security that people see when they come into a venue. So you’re kind of the first impression of the venue. I feel so lucky–I literally see everybody that comes into the bar, and everybody who leaves when they get kicked out!

JIM: This year, you’re also nominated for Best Vocalist, and Best Duo with your monthly VERS co-host, Lyra Vega. So it should be a fun GLAMs for you. Whatcha gonna wear?

NOVACZAR: I like to step it up every year, and I’ve gone for the past three years! Every year, I’ve worn a gown, but this year I want to do something different. I’m thinking, maybe a jumpsuit/laser moment?

JIM: Whatever you wear, it’s gonna be fabulous. Thanks, Novacar! 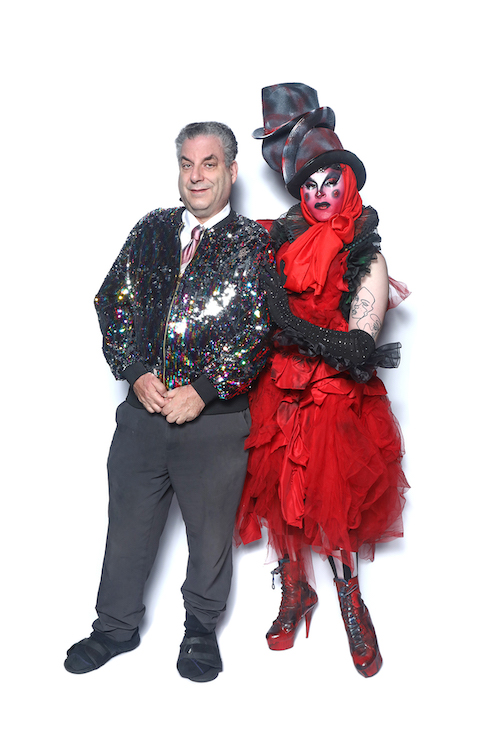 JIM: Boyish, you were last year’s winner for Best DJ. And besides that, you might’ve started the new trend of drag queens getting behind the DJ booth.

BOYISH: As Nicki Minaj said, all these guys are my sons! I’ve been doing drag since 2018, and I started DJing in 2021. So, yeah, it was crazy to win last year when I was just starting out with DJing.

JIM: Also last year, the new open stage showcase at Metropolitan that you DJ’ed for your mom and then-host Maddelynn Hatter, Madd Mondays, won Best Bar Party. So many performers love that night and showed that love with their votes.

BOYISH: I’m really proud of that one. It’s like, it’s so crazy to see the way that all the performers come through for it. Maddelynn doesn’t do it with us anymore, but my drag sister Blue stepped into her shoes. We’ve got performers from literally all over the galaxy that come into it.

JIM: And once again, Madd Mondays is up for a Best Bar Party GLAM, and you’re up for Best DJ.

BOYISH: The reaction that I got after I won last time wasn’t all completely positive from everybody, because I was so new at it. But now to me, even the nomination–if I don’t win–means more to me this time, because it proves it wasn’t a fluke the first time and it wasn’t just hype. Now it’s like, bitch, I made my mark and we’re back again for year two for both categories. 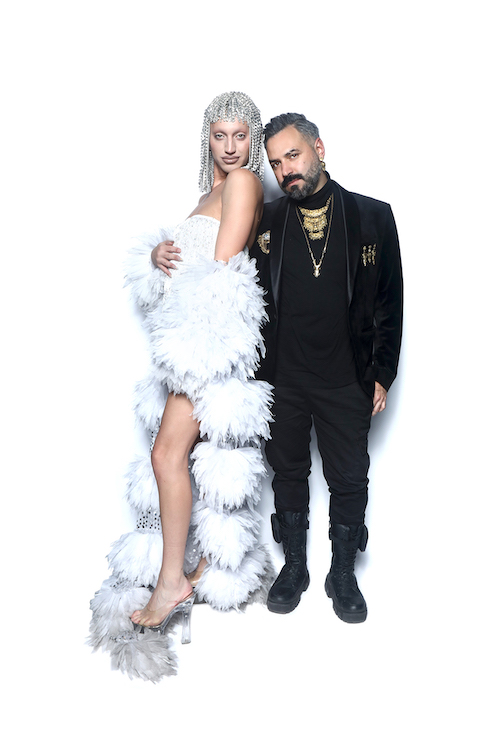 CHERRY: Thanks for having me, Jim! Congrats on your nomination.

all been watching
this program you’ve
created, the GLAMs,

grow into this
institution. What was
the first year you did
the awards?

CHERRY: It was 1997, at Barracuda. It was amazing because I was so new to the scene, and we had all of these legends in that tiny little space. We had Lady Bunny, Honey Dijon, Girlina, Candis Cayne, Joey Arias…even at that time, they were legends. It was “the drag awards” then, geared towards all drag-centric performers. That’s one thing we did change immediately after, because people like Girlina (now Lina Bradford) and Candis are trans. We wanted to include more people and not pigeonhole drag queens. So we opened it up to all of nightlife.

CHERRY: She’s a legendary performer that will forever be relevant, I think.

CHERRY: For the first two or three years of the GLAMs, there was a drag king category. But back in the day, there were literally only three major kings. Those were the three nominees every year. So I kind of phased

it out. Now they’re back in a big
way. That and Best Brunch

were two categories that
people were clamoring for. We
already had 30-some odd
categories, and I didn’t want

to overdo it, but they were

JIM: GLAM tickets for
January 30th at Sony Hall are
selling fast. The VIP tickets
for table sitting must be sold
out by now.

CHERRY: If you don’t get those,
you have to stand with the poor
people…like me!

JIM: I prefer standing and
mingling with all the folks…
It’s the best way to see the
show! So, as a New Year’s
wish: When this year’s
ceremony that you work so
hard to produce is past…
what are you gonna do next?

CHERRY: I’m gonna need a vacation this year. Boats, islands… something with lots of water and maybe a few naked men. 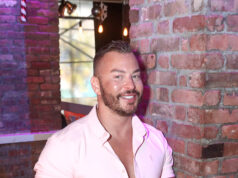