On November 23, the theaters will be treated to one of the most celebrated films to be released this year: “The Favourite.” Featuring movie stars Emma Stone, Rachel Weisz, Olivia Coleman, Nicholas Hoult, Joe Alwyn, James Smith and Mark Gatiss under the masterful direction of Yorgos Lanthimos and writing by Deborah Davis and Tony McNamara, the film is sure to gain Oscar status.

Having won an Oscar, Golden Globe and Screen Actors Guild Award for her role in “The Constant Gardener,” Weisz portrays the role of Sarah in “The Favourite,” a powerful, compassionate, strong-willed woman who controls the destiny of England and the emotions of the queen. The accomplished actress has also been in films including “The Mummy,” “Enemy at the Gates,” “Stealing Beauty,” “The Shape of Things” and “About a Boy.”

Weisz walked to the round table looking beautiful, charming, perky and ready to speak.

How was it to work with Yorgos again in this movie?
Incredibly exciting, different from “The Lobster.” “The Lobster” was a made-up universe from his imagination, and this is part British history, part imagination. Just really exciting, and I’m excited to work with him. I knew how he liked to work; he doesn’t talk about anything. So there’s no discussion about character motivation, psychology. One journalist asked me, “Did you talk about where you were on the spectrum in terms of being queer, like what are you: bisexual or lesbian?” I said, “No we didn’t do that.” We spent three weeks rehearsing where we played games with all the lines. He made us do just ridiculous things so that we wouldn’t be too embarrassed in front of each other to do anything.

You seem to be doing dynamic, interesting projects. What do you find yourself being attracted to as far as movies, or is it just a free-for-all right now, anything goes?
Well, I am definitely attracted to stories where… I’ve got nothing against the really dynamic cameo or a supporting role. You can have an amazing supporting role in the story, but it has been interesting to do two films where the women are the center of the story. A good story with good thoughts for a woman—is it not too much to ask for?

What is your viewpoint on the strength of your character as a woman?
She was very commanding. I was surprised when I saw it—I didn’t think that she was that strong. I was just concentrating on the story at hand. The story at hand was that I had a country to run, because the queen was really not up to it. I love her, and I want to protect her. I’ve got to patrol around her and protect her. You know, it was very high stakes. There was love and romance and friendship, but more than all of that there was a country to run, the future of the entire population of England. It was a really high-stakes job, so I had to try and imagine that. This thing about acting is it’s just an active imagination. I am not like that. I would be useless at running a country. If the script is good enough, if the words are good enough, it takes your imagination on a journey, and you can imagine the scenario happening. You would have to be powerful to run a country.

Did you do research for the role?
I did read one biography, which is interesting. I don’t think it would have made any difference if I hadn’t read it. It didn’t necessarily give me a different way of acting as her. It was very dense and complete. I did see some portraits as well. It was Yorgos’ version of history. So actually, if I got to step into this book and said, “Sarah wouldn’t do this,” it would not have been helpful for this process. So, whatever you can find to feed your imagination is really all acting is. So it was a dream of having power. That was me dreaming that I was her with power.

Your co-star Emma Stone talked about wearing a corset for the movie. She said her organs shifted. Did you have a similar experience?
People are so interested in Emma’s organs. Actually, which ones? Her liver, her kidney? It was her first time wearing one, so it was a big moment. There’s nothing to say. It’s painful. A corset can be a kind of oppressive thing. It could be pretty dominating.

This film has three strong women in it, and there really isn’t a powerful male role at all. Do you think it will inspire woman in future generations?
I agree with that for a new generation of young girls—I think for young people to watch stories and see themselves represented, be they women or if a person is gay or a person of color, for people that have never been represented in central roles on screen, it’s incredibly important. For me, when I read the script, I didn’t think about it as three women, I just felt like the role for me and two other people of my gender, it just felt natural and normal. I talk to women all the time; I am a woman. But the story had been written 10 years ago, and Yorgos has been developing it for many years. It’s just a coincidence that it happened in this year where people are having this conversation about women, which is a very important conversation to have. But it’s almost like condescending to women that we say, “Well done with three of you in a film.”

Of course we have to talk about it, because it has been an issue, not just in film but in politics. I believe in balance. I think it would be great for men and women to be in balance. In my world there were more stories of men playing central characters than women, which is a real shame.

In 2005 you won an award for “The Constant Gardener,” and chances are more than likely that you’re going to be nominated again for this role. Can you talk about what it feels like to come back with an already great validation of your career?
Olivia just won two months ago Best Actress in Venice, the Volpe Cup, which is a really big deal. I wasn’t able to be there, but I got sent a picture of her. She looked like a starlet. So we are still celebrating that. It’s a wonderful thing to have that conversation, but I can’t speak to that. I can talk about Olivia because that just happened, and I’m really, really proud of her.

How do you feel that England and the royal family will react to the film?
I really don’t know. I have no idea. I don’t know if they will see it. I mean, there are love letters between my character and the queen. Very, very passionate love letters between two women who were obsessed with one another. It could be that they were just codependent friends. We don’t know. Who knows what anybody does when they’re alone, behind closed doors. Cinematographers can write things until the cows come home, but when people are alone behind closed doors, they are behind closed doors. The fiction comes in, and we get to dream. Writers get to dream what might have happened behind closed doors. That, to me, is my job. It’s the stuff of fantasy, and I am really moved by the idea that maybe they were lovers.

I’m hoping that they were.
I think they were. I can’t prove it.

In “The Favourite” and “Disobedience” you play women whose desires are frowned upon by society. How did you relate to that?
I don’t think anybody in this room is frowning about Sarah’s role. I’m not sure in 1708 if anyone minded if women were getting it on. There is still no legal consent of women with women. But that subject is for another day.

It might have been freer and more acceptable then than it is now.
I think it really was. I think Queen Victoria didn’t believe that two women could be together, so she didn’t legislate. In England the legal age of consent for heterosexual sex is 16, and for homosexuals it is 21. But these women are doing exactly what they want, when they want, and I don’t think anyone’s frowning. They are aristocrats, and they can do whatever they want. The aristocrats could do whatever the hell they wanted. 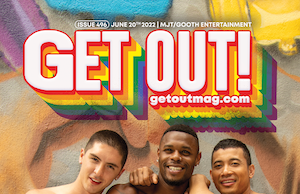 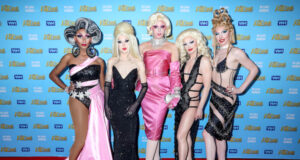