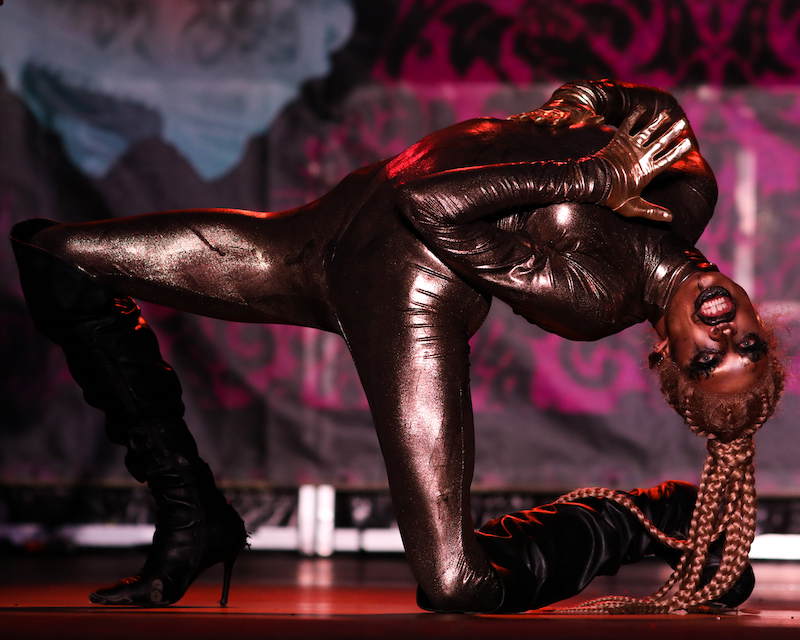 RuPaul’s Drag Race All Stars 7 queen Yvie Oddly returns to New York City on October 30th to star in RuPaul’s Drag Race Night of the Living Drag, an extravagantly produced Halloween spectacular that draws inspiration from Dante’s Divine Comedy.  Oddly plays the role of The Boogieman who summons a cast of sinful RuPaul’s Drag Race queens from the depths of fiery hell.  The cast includes Aquaria the Sloth, Asia O’Hara the Envious, Bosco the Lustful, DeJa Skye the Greedy, Kim Chi the Glutton, Lady Camden the Proud, Rosé the Vain, and Vanessa Vanjie the Wrathful.

“I am excited to host a fierce and frightful exploration into all of world’s most wicked sins,” says Oddly.  We spoke with the ultimate queen of curiosities from her Denver home.

You will be in NYC to host the annual live Halloween spectacular, RuPaul’s Drag Race Night of the Living Drag.  What can fans expect from the show?

Yvie Oddly:  This show has got some of the most amazing performers brought from the depths of hell.  I hope the fans are ready for a spooky sinful spectacle; the Halloweeniest Halloween that ever hallowed.

You star as the Boogieman.

Yvie Oddly:  I am!  The boogieman is a really fun character to play because he seems spooky but he’s just like everyone else. He’s got his night job of hiding under kids’ beds, but he really just wants to be free to boogie with baddies.

Aquaria stars as the deadly sin, Sloth.   Is she a sloth in real life?

Yvie Oddly:  Not at all.  Aquaria is one of the hardest working queens.  I’m so excited to see Aquaria because I cannot think of anyone more motivated and dedicated than she is, especially on stage.

Rosé plays the deadly sin, Vain.  In real life, is she always in front of a mirror? 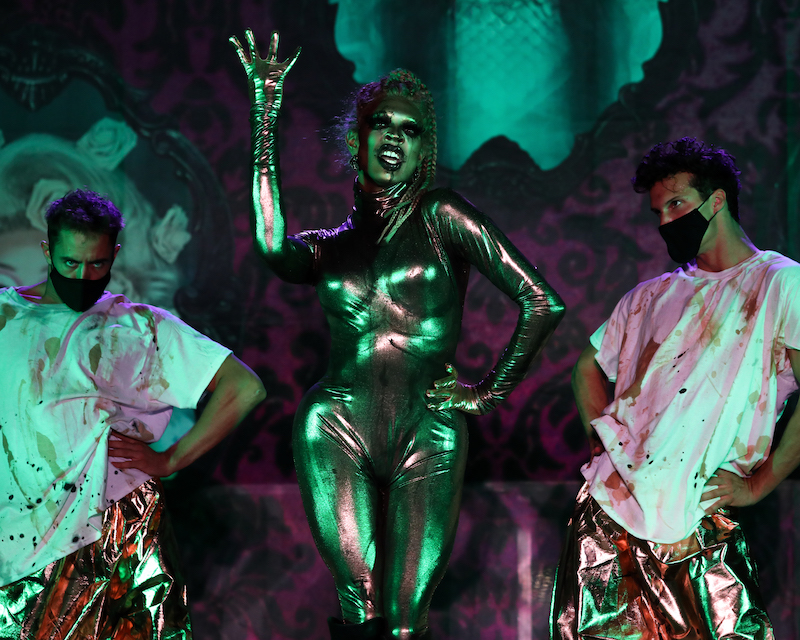 Asia is “Envious”.  What does Asia have that you covet?

Yvie Oddly:  The thing I most envy about Asia is that she has her shit together!

Of all the queens starring in RuPaul’s Drag Race Night of the Living Drag, who is the most sinful?

Yvie Oddly:  Why, me darling! I have the most skeletons hiding in my closet, too.

Have you ever experienced stage fright, Yvie?

Yvie Oddly:  I still get stage fright quite often actually, but I’m a thrill-seeker so that’s a part of what I love most about performing. I conquer my fear every time I get on stage and share my pure, unfiltered energy with crowds.

What scares you the most?

Yvie Oddly:  I am terrified of fish and being in open water.  I know it sounds silly but there is some logic involved.  Human beings cannot survive in water.  Fish can!  I’m convinced they are terrestrial aliens and that the ocean is a whole world we’ll never be able to fully explore.

“RuPaul’s Drag Race Night of the Living Drag” takes place Sunday, October 30 at Kings Theatre in Brooklyn, NY.  Tickets are available at VossEvents.com. Prices range from $50 – $99.  There are also a limited number of VIP passes that include a pre-show meet-and-greet available for $249.