Michael Shirley is a Hollywood-based TV host and entertainment journalist. Formerly the editor in chief of Hollywood.TV, Paci c Coast News and BritneySpears. com, his forthcoming television series features conversations with tastemakers and doyens at the intersection of music, fashion, art and film. 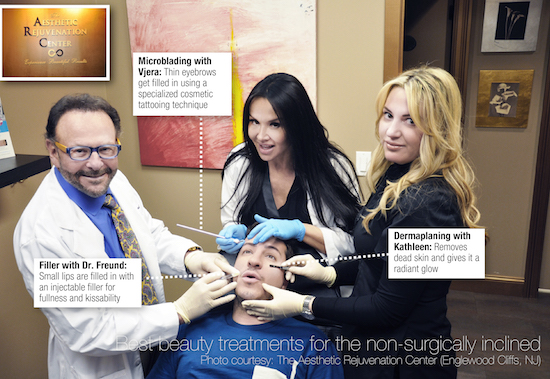 With a new wave of surgery-focused reality shows vying for our attention on TV and major makeup brands unleashing their first round of male beauty stars, aging gracefully and fine-tuning our features to our preference has never been more at the forefront of men’s health than now. Having never been under the knife myself, I caught up with celebrity-duet hitmaker Adam Barta – who was featured on the debut episode of WE tv’s new hit plastic surgery show “Dr. Miami” – for his routine beauty tune-up at the Aesthetic Rejuvenation Center to catch up on what life is like after bearing his insides – literally – for millions to see on TV. 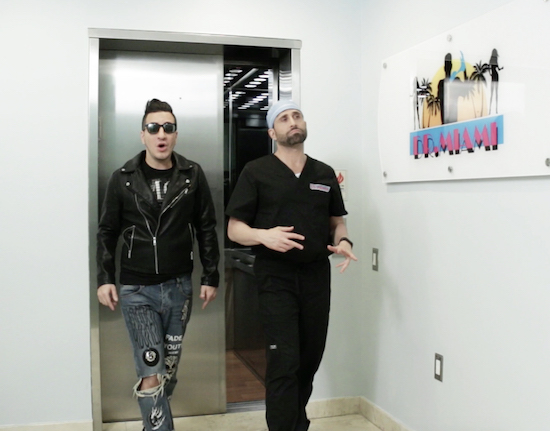 Dr. Miami seems like a real character! What was it like in the recording studio with him?
He is such an amazing guy, and probably one of, if not my most favorite collab yet. His energy is just so warm and genuine, plus he is so incredibly talented at what he does, it leaves you in awe. And the fact that he’s musically inclined just makes me even more amazed at all he does.

Your song, “Flawless,” is doing really well on iTunes and Billboard! How does it feel to have your third hit on the charts?
It’s unreal, and it makes me hungry to go even further up the charts and do more! We debuted at #24 on the dance sales chart on Billboard and were #74 on all of iTunes. It was amazing to watch that climb!

(And Dr. Miami weighed in on Adam: Adam is an amazing individual and a great performer. His transformation gave him even more self-confidence and will allow him to feel comfortable in the spotlight from any angle! Being able to record with him in the studio was an incredible experience, and making the Billboard chart is icing on the cake!) 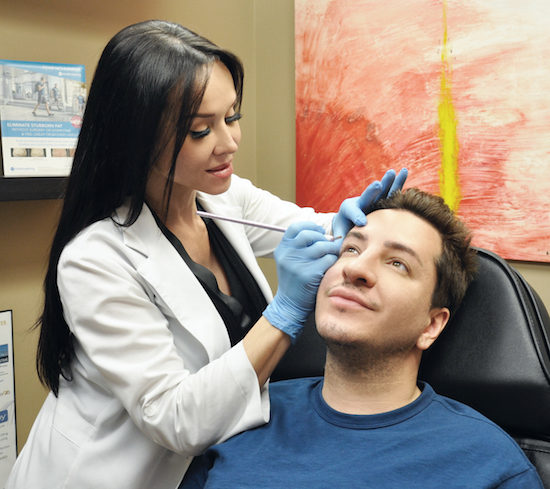 You’ve really made a career out of turning reality stars into viral video stars. Have you ever thought about documenting the process on film? I’m sure a lot of YouTubers out there would love to know your secret to viral success. I’m in the process of developing a new reality show called The V-List – “V” for viral – with Jordan. I also recently released a new duet called “Body Positivity” with Eureka O’Hara from this season of “RuPaul’s Drag Race,” which I’m really excited about. Stay tuned!

On Dr. Miami, you mentioned to your producing partner, Jordan von Haslow, that you went back to visit the Aesthetic Rejuvenation Center in New Jersey to get more work done after your surgery. Dr. Freund, his staff and office are all so inviting. What keeps you coming back to ARC, and what non-invasive procedures do you recommend for men who want a tune up without going under the knife?
On “Dr. Miami,” I was given the gift of the perfect nose and chin via plastic surgery. Dr. Miami calls himself “Picasso with a knife.” But even with plastic surgery, we still age. So, it’s just as important for me to maintain my skin as it is my features. I feel as if Dr. Freund at ARC and his staff are also artists, not just doctors or nurses or aestheticians. They truly get that the body and face are a work of art, and it takes more than just knowing the physiology of the body to make someone look beautiful. They recommend procedures based on what you want to make you look beautiful, and that’s an important factor in choosing a spa to go to. Getting my brows done with Vjera of Avarté was epic for me! I saw myself on Dr. Miami when I had my initial consult and noticed how jarringly thin my brows were around my face. With my new nose and chin, and the thicker, more defined brows, it completely reframed my face. Many men are flocking to people like Vjera to give them the brows of their dreams. The Nova Threads with Corina pulled my whole face back to give it a lift, then a gold facial with Kathleen is perfection. Say bye-bye to facial tape, queens!

What about the affordability?
You can really up your beauty game and get rid of wrinkles, lines and plump up your lips and other such stuff for the same price as buying a few jars of expensive beauty cream. That’s the beauty arc that’s taking place. People these days have plastic surgery to correct what they don’t find desirable about their bodies, and go to medical centers like ARC for non-invasive procedures to correct the smaller things without spending a fortune. I think if you do a cost comparison on how much money people spend on beauty treatments – over-the-counter creams, gels, wands, whatever – you realize that you don’t need to keep using them all, and the cost evens itself out.

What would you say to men who want to have some work done, but are fearful of any pain involved?
I think the human body is more resilient than people realize. We put so much stress on them already with the things we do that a little needle pinch in the face really isn’t that much worse than getting a razor nick on your face when shaving.