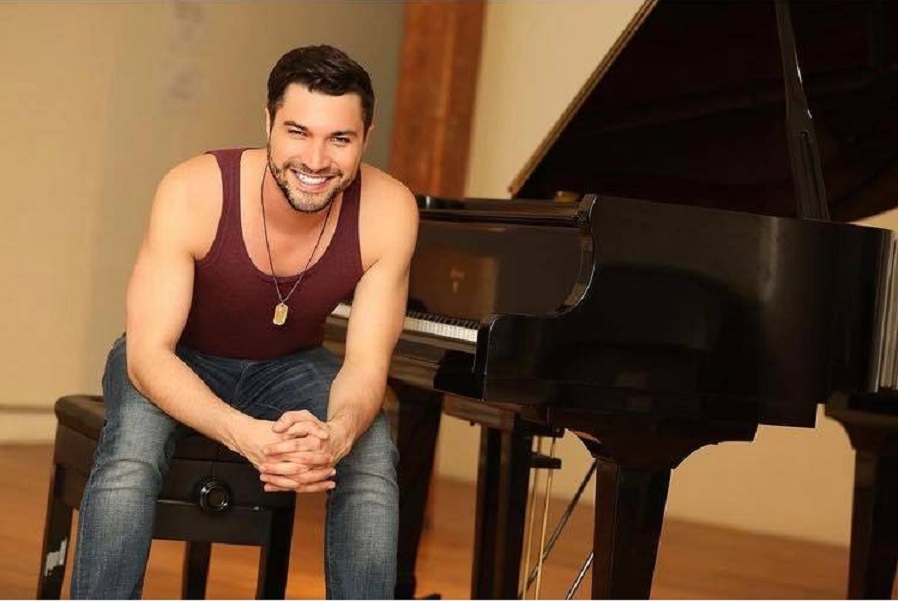 Hello Brandon! Congrats on your GLAM nomination. How cool is that?
It is very cool. I’ve been in NYC piano bars and nightlife for almost 10 years, and I have made so many amazing connections and friends and have had such a great time. It’s really wonderful to be recognized by my peers in the industry.

What eventually brought you to New York from Nashville? Were you interested in musical theater?
I had been a fan ever since my parents took me to the national tour of Cats in Nashville. Yes…Cats. And I performed as a kid and in high school, and college. I came to New York to go to NYU and get my MFA in musical theatre writing.
You’ve written music with Drag Race All-Star Trixie Mattel for her albums.

How did that collaboration come about?
I saw Trixie in her first summer show in Ptown at the Post Office Cabaret, and I fell in love with her and her talent. She played one little country heartbreak ballad and I was so impressed that I basically bugged her and her manager until we had a phone meeting to talk about moving forward with Trixie’s songs on a raw and heartfelt set of country albums. We made the first one with very few bells and whistles, and the response was so wonderful.

That brings us to BULLIT, your new album that’s getting all the raves. You can definitely hear a theatricality in many of the songs, but there are also lots of rock and country sounds.
Well, what can I say? I’m a little bit country and little bit rock and roll…and always theahhtrical (I said that like Moira Rose, I promise). I was going through a tumultuous time in my life–I was just an indie music producer and maker in New York, writing musicals no one wanted to see. And then Trixie and I made music and it all changed. I was opening for Trixie in 70 cities across the U.S. and Canada for a year.

And around the tail end of the tour, I decided I had the balls to make my first real full-length studio album. (I have an EP that came out right before the tour). Trixie gave me a lot of confidence, in her way. And I had a lot to say about how my life had changed. So I started writing the songs that became BULLIT, Some of which were written in my little coffin bed on Trixie’s tour bus.

BULLIT is available on all streaming and downloading platforms. So lastly: What do you want for Christmas this year?
It’s nothing that expensive, and I’m giving it to myself: I’m taking most of the month off.