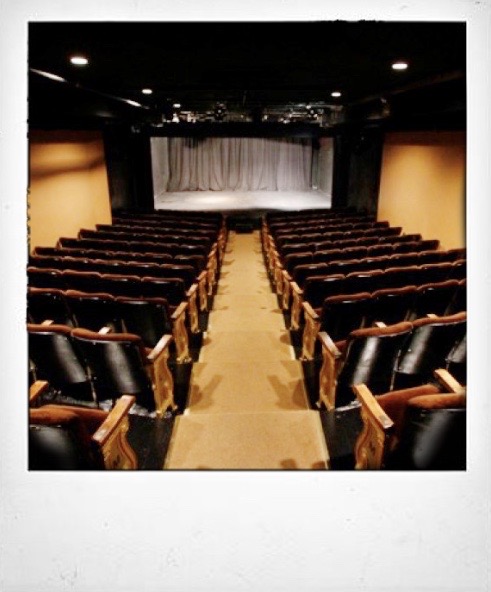 The week of my 30th birthday (yes, 30—I’m still getting used to saying that), I went to see a one-man show appropriately titled Happy Birthday Doug. Turning 30 didn’t exactly thrill me, but I figured shifting the attention to someone else’s “birthday” would take off some of the pressure.

The show is up at Soho Playhouse on Vandam Street. It was my first time there. After picking up the tickets for my boyfriend and myself, we wandered downstairs to their bar for a glass of red wine, where we stayed drinking and chatting with the bartender until they opened the house.

I thought I was unfamiliar with Droege, until I Googled him: He’s appeared on an impressive amount of television shows, including “Hot in Cleveland,” “How I Met Your Mother” and “Reno 911!”, not to mention voice work on one of my favorite animated shows, “Bob’s Burgers.” (He voiced Deirdre, a woman shopping for plastic cups for a street chalk art fair.) Most people would recognize him from his Chloe Sevigny impression videos (absolutely worth the Google if you haven’t seen them).

of the guests at Doug’s party, showing a full comedic range, from the drunk friend who wasn’t invited to the twin-like couple to the pretentious ex-boyfriend. (My favorite characterization was the waiter who knew of Doug’s work.) I won’t spoil Doug’s surprise guest at the end of the party, but I will say I haven’t laughed that hard in quite some time.

I knew all of the characters in my real life: Hell, I’ve been half of them. Showing up to parties I purposefully wasn’t invited to (just to remind them I go where I want), wearing matching outfits with my boyfriend (I know, we’re terrible), pretending that I’m over an ex because I’ve got “Really great things going on” (meaning I’m still working the same job, and I’m still “working” on a manuscript). I both loved and hated seeing myself in all of Doug’s guests.

At 60 minutes with no intermission, I could have spent the whole evening with Doug’s diverse group of friends coming in and out of his party. Droege has such a seamless, conversational approach, at times I nearly talked back to him as if I were at the party.

After packed houses and rave reviews from “The New York Times” and “The Daily Beast,” Happy Birthday Doug has been extended through Sunday, March 29. Tickets are available at happybirthdaydoug.com.