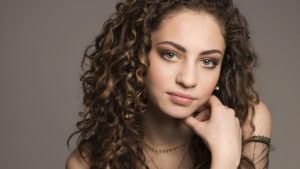 The StoneBridge remix of Avery Raquel’s “Pieces” is catchy with an optimistic message… perfect for today as the world could use a little happy music now.

The song’s main message is about how sometimes pieces aren’t meant to fit.  Two people in love may simply not be right for each other and that’s okay.   “I’ve had relationships that have ended badly where I felt I was being taken advantage of,” reflects the young singer.  “I think we all have.  That’s why I write my music based off of personal experience, but in a way that is relatable to everyone.”

Some may remember Avery Raquel from her years as a Mini Pop Kid, the Canadian version of Kidz Bop.  She recorded kid-friendly versions of “Maps” by Maroon 5 and other Top 40 radio hits.   “It was my real first experience being followed by fans online, filming tv spots to promote the CDs and participating in autograph sessions after live concerts. It was kind of crazy and definitely something I’ll never forget!”

She released her debut album, Life Lessons, in 2016.  It featured Avery’s unique interpretations of pop songs from the ‘60s, ‘70s, and ‘80s, and received airplay on major radio stations across Canada.

Avery Raquel’s second solo album, Without A Little Rain, released the next year and contained all original songs.  It climbed to #31 on the iTunes Top 200 R&B/Soul album chart in Canada.

Her third album, My Heart Away, out now, is Avery’s first foray into mainstream music.  “I would describe my sound today as contemporary soul. It is a vintage sound, along the lines of Stax or Motown with an old school 70’s vibe, but with a modern twist.”

She names her influencers as Amy Winehouse, H.E.R, Joss Stone and Norah Jones.   Like her idols, much of Avery’s songwriting explores the growth of relationships, both romantic and platonic, where she dives into the turmoil of loss and the want for understanding.