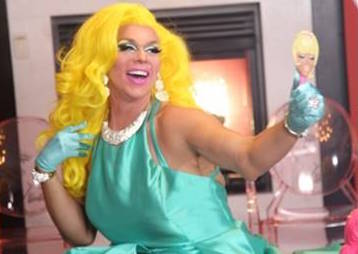 A Native American Indian, VIZIN is a unique and inspirational drag entertainer, and singer who is about to release a very hot, sexy, and sensationally fun new video, “I Was Born This Way”.

VIZIN is a very humble, appreciative and inspiring queen. She spoke to me from her heart, with a touch of innocence, still untainted by disappointments that often accompany the profession. One could feel the excitement in her persona, and the joy she has being creative and just doing drag.

After sharing the festival stage with Chaka Khan and Jodi Watley at the Long Beach Lesbian and Gay Festival, VIZIN launched her coast-and-coast I Was Born This Way tour that stops in New York City during Drag Con weekend on September 9 and 10. Look for her debut EP coming soon. 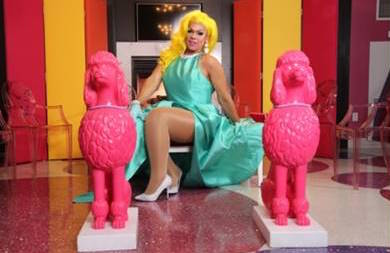 Tell me about your very first official drag experience?
It was actually in 2007 and my first time getting a gig in drag. I was going to perform at a pride fest, but I actually had no boobs yet, until the day before. I found this place in a Walmart. It was a crane machine and in it, it had those latex balls. They had all these little fingers all over them, they were textured and crazy. I managed to go through $10 to find two balls that were both the same. They were squishy and everything I needed. Only one of the balls had a light in the middle, and every time you shook it, it would light up. I didn’t think anyone would be able to see it, but the dress that I wore didn’t have a lining, so you could see right through it. So every time I moved the left one lit up.

You know what, if they both lit up people would have thought you did it on purpose.
Those were the days of crafty queens.

You are a Native American Indian, correct?
Oh yes, I grew up in North Dakota on the Fort Berthol reservation.

What type of Indian is that?
The reservation was actually known as the Three Affiliated Tribes, which are three bands of Native American Indians. I am mainly an Arikara.

Do you use any of that Heritage in any part of your drag?
I do try to incorporate it somehow. I use a lot of turquoise jewelry, anything that’s kind of Native American visually. As far as I could do and not be disrespectful, because I respect the culture very much.

What does your culture think about drag?
Back in the day anyone who was gay or transsexual or transgendered were considered by a broad term called, “Two Spirits”. I don’t know too much about it because it’s not really talked about much anymore. It’s more of a male and a female spirit inhabiting our bodies. We basically experience life as both. We get the best of both worlds. Back in the day we were more regarded than frowned upon.

So it was like a cool thing?
Yeah, it was. As far as I know we took care of the elderly. Anytime we were in their presence, we were given gifts and stuff. It’s a fun thing to share.

So you released your new video? Did you have fun doing it?
Yes. It was my Barbie fantasy. It was shot in Vegas at the Barbie suite at The Palms. It was so amazing. We left the room covered in feathers though.

So I guess you’re a big fan of the Barbie doll?
Oh I love Barbie. I grew up with her. She was my sister. I escaped into her Barbie world.

That’s so funny! I have 2 friends who collect them.
Oh really, I have to see that. I want to start my own collection, but it’s hard though because I want to play with them, and I can’t.

Do you do drag for a living?
Yeah. Drag is basically my life now. I’m in my drag room right now and getting my look together for tonight. I’m going to a RuPaul event.

Do you intend to try out for Drag Race?
You know I thought about it, but when I came up here all these other opportunities started happening. I’m focusing on this music thing. This music thing is really taking off for me. I’m very excited about it.

When you were growing up besides Barbie, who inspired you?
Well of course Mariah Carey. If it wasn’t for her I wouldn’t have the same five-octave range. Well I actually lost a lot of it in puberty. But I did grow up singing with her as far as I could and Mariah does inspire a lot of my look. To this very day she has been one of my idols, as well as Marilyn Monroe. I’m really attracted to her spirit. Marilyn is more of that tortured soul kind of thing. She really wanted to be beautiful and I can relate to that.

You are a brand new crayon in a crayon box, what color are you?
Candy Yum Yum. 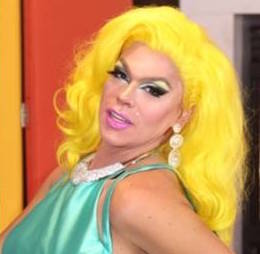 You said you’ve been doing drag since 2007?
Yes, but I’ve been really been doing it all my whole life. I was a little boy putting my shirts around my waist as skirts. I grew up wearing jellies. Everybody in my family knew I was gay before I did. It was not a big shock when I finally came out.

What do like best about doing drag?
I think it’s the transformation. When I am VIZIN I am a completely different person. It’s a complete take over. VIZIN completely takes over once I become her. I just love that feeling of being a different person for a few hours, and feeling beautiful. It’s totally unexplainable.

Do you perform anywhere regularly?
I’m on the road with the I Was Born This Way coast-and-coast tour right now. The tour kicked off at the Long Beach Lesbian and Gay Pride festival where I shared the festival bill with Chaka Khan and Jodi Watley.

I just love the name VIZIN, and the way you spell it. It’s very creative.
VIZIN came from….well originally my name was Billy Simone. That came from me being a singer and I loved Nina Simone and Billy Holiday. They were my favorite jazz singers, but when I lost my weight I wanted to reinvent my drag persona. I was doing a lot of thinking and I wanted to connect it with my Native American heritage. I wanted to be a one-word name because back in the day when I was starting the best piece of advice that I ever got, was when you’re getting your name, make sure it stands out on the marquee. A one-name wonder like RuPaul or Cher really stands out. When I came up with VIZIN, it was like being on a vision quest which is kind of like my Native American heritage. That’s where it came from and I decided why not spell it VIZIN, and capitalize on it, it’s so graphic. It’s just fun. I actually love being called Visine. People come up to me and ask me how I pronounce my name and they’ll ask if it’s Visine. I laugh.

Is there anything else that you would like to promote that we haven’t covered?
For the “I Was Born This Way” single, we’re working with world-renowned DJ Hector Fonseca who has had over 20 number-one remixes on the Billboard charts with everyone from Beyonce and Rihanna to Sia and Katy Perry. The person that produced this song is Chris Rosa and he has worked with RuPaul and Jamie Foxx his “Blame it on the Alcohol” album. He’s helping to produce my EP, and he’s all the way in the project. I’m grateful for everyone who is surrounding me including my manager, Leo Madrid, and my dancers including Michael Silas (“Step It Up And Dance” on Bravo), who has also danced with Lady Gaga and Mariah Carey. We also had a surprise when Chris Spierer, who originally wrote “I Was Born This Way” in the 70s for Motown artists Valentino and Carl Bean, reached out. He wanted to let us know that of the people who reimaged his song over the years, he felt that our version was the best. That was an incredible moment.

What does it mean to you personally to entertain at Pride?
It is definitely an opportunity I’m excited to experience. Sharing a common feeling of pride and hopefulness with other people is always a good time! You don’t have to be gay either to celebrate being happy and carefree. You just have to be proud of being born that way.

If you could do one single thing to change or improve the gay community what would it be?
I would want to uplift and support the community by fostering the children and giving back as much of me as I can in order to empower and enlighten our world. Gay people have a hard time being accepted by society let alone themselves.

I understand that you will be coming to New York Drag Con, how excited are got?
I’ve never been to New York so it’s going to be a really great time!

Where will people be able to find you?
You’ll find me in Hollywood at the old Max Factor studio, which is now The Hollywood Museum, admiring Max’s original makeup rooms that were once home to all of the great ladies of Hollywood including Marilyn. But just in case you can’t make it to Hollywood, I’ll be in New York City performing during Drag Con weekend as part of my tour on September 9 and 10. 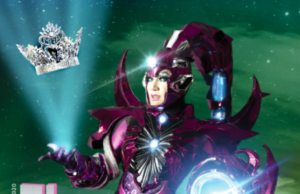 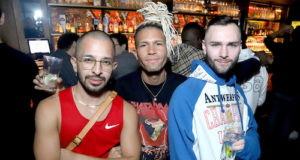 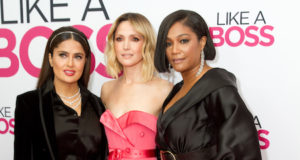 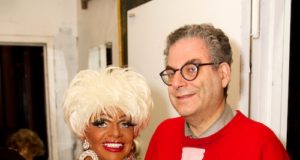 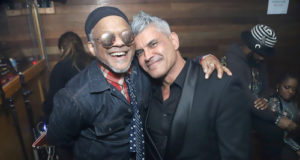 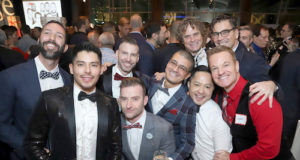