P was the first person to message back. He looked cute, even if the picture was a little blurry, and was easy to talk to. He was thin, definitely twink status, and had dark skin. I invited him over.

We talked for a bit—just your general get-to-know-you-so-this-feels-less-dirty kind of talk. Where do you work, what do you do in the city, how long have you lived here, when did you move into the area, blah blah blah.

Finally, I went in to kiss him, and things sped up quickly. Before I knew it we were completely naked, he was laying on his stomach, and I was sorting through my bedside table for condoms and lube.

He got up onto his knees, I rolled the latex over my penis, and we got to it. Now, I’m really not the hookup type. I’m much more the decides-what-our-children’s-names-will-be-on-our-first-date type. But there is something to be said for a one-night stand: You’re not really trying to impress them, and they’re not really trying to impress you. You’re probably never going to see them again, and there’s no Yelp-like rating system for future lovers to read. You’re just two people trying to get off.

We tried a few different positions, but ended up right where we started, doggy-style. “I’m close,” I said, going faster.

I think he assumed I came too, until I started to laugh, while still inside of him. “What’s wrong?” he asked, turning around.

“Did you just call me…Papi Chulo?!” I burst out laughing again, looking down at my 116-pound white-boy body.

I wasn’t exactly sure what Papi Chulo even meant—Google translates it to “Pimp Daddy.” (I wouldn’t recommend doing an image search.) Urban Dictionary says “Mac Daddy—he can’t be ugly, but if he is, he has GOT to be sexy.” Whatever that means. Someone named Lorna made a music video about it. (Maybe I researched a little too seriously.)

“Never mind,” I said, not wanting to offend P. He insisted that I finish, so I pushed all thoughts of being called “Papi Chulo” out of my head until I did.

Some hookups you never remember—and some, you’ll never forget. 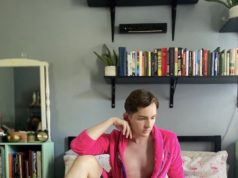 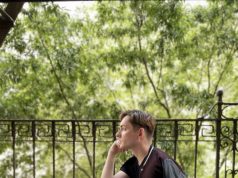