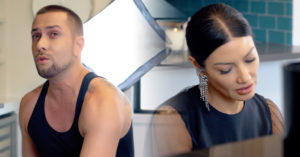 “True Colors” is the quintessential song for any year’s Pride, but it especially poignant in this season of civil unrest.  American Idol’s David Hernandez and his friend, Jacqueline Lord, a soap actress who also appeared on Magnum PI, recorded and filmed their unique version of the song during the COVID shutdown.

They recall it as an experiment in socially distanced art. David and Jaqueline shot their scenes separately and were careful to remain six feet apart at all times. In fact, viewers will note that they are never seen in the same shot together.

They felt it was important to get their voices heard. “We are living in trying times,” says David Hernandez. “This song speaks to being your authentic self and showing the world that you don’t have to hide in the shadows.”

Jacqueline Lord agrees. “The song is a beautiful expression of camaraderie with one friend encouraging the other to find the courage and confidence to express their truth to the world,” she explains. “It delivers a positive message in this unprecedented time of negativity.” 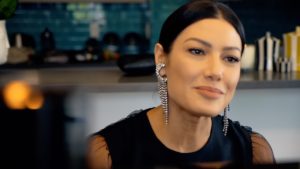 A noted musician, she worked from the Justin Timberlake / Anna Kendrick arrangement of “True Colors”, changing the guitar to piano so that she could speak through the keys.

The video was filmed by Arno Diem and directed by David and Jacqueline along with Derek Caldera. Christina McNown provided wardrobe, Gilbert Muniz styled hair and Marc Soloman engineered and mixed the song.

David’s message to fans this Pride is “Spread love and acceptance. You may not understand people’s life choices but you can respect them and support their decisions.”

“Pride starts with ourselves and then exudes from us to our community,” adds Jacqueline. “Take pride in your true colors.”