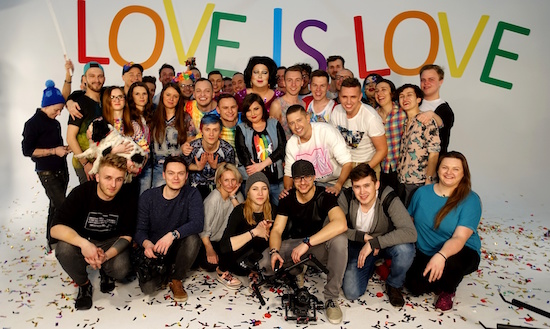 United Polish LGBT prepared an astonishing music video to George Michael’s medley to pay a tribute to this legendary artist. There’s also another reason – they want to draw world’s attention to Poland legislation regarding LGBT society. Poland is the largest country in the European Union wherein a marriage and civil unions of same-sex couples are still illegal.

Video has been created by a polish gay couple – Jakub and David. They are vlogers and gay activists in their own country. They are getting married in June but as a same-sex marriages are illegal in their homeland, they have to do it in Portugal. This fact inspired them to unite all Polish LGBT society to make a project #polandwakeup. They want to draw world’s attention to polish legislation hoping that it might force government to make at least civil unions legal in their country.

The video is a medley of four George Michael’s songs: Faith, Wake Me Up, Too Funky and Freedom’90. „We felt a huge lost last year when we found out that he passed away. He was the greatest gay artist of our time, a real icon. But also with his all strengths and weaknesses he was so much real. He shared these emotions by his songs. We grew up with it, we fell in love with it, we had first sex with it and now we can fight with it”!

They’ve been waiting for their rights in Poland for 25 years but instead of getting better, it’s getting even worse. Recently the current government harnesses the General Prosecutor’s Office in order to intimidate the same-sex couples and therefore discourage them from getting married abroad. Polish president claims also that in accordance with the Polish Constitution, marriages and unions between same-sex couples will never be possible in Poland.

To make this video happened they invited more than a 50 most famous people from Polish LGBT society. „We didn’t pay for this video a single penny. We did everything together including costumes, makeup, recording and video editing. Everything has been done by us, our friends and friends of friends. We just did to say it loud and clear – we are not gonna let go and we are not afraid. When we sang „Freedom” at the end we really felt a power that we can change the world. Not today, not tomorrow but one day it will happen”.

LINK TO OUR VIDEO: https://www.youtube.com/watch?v=ZoKxOtlurEc 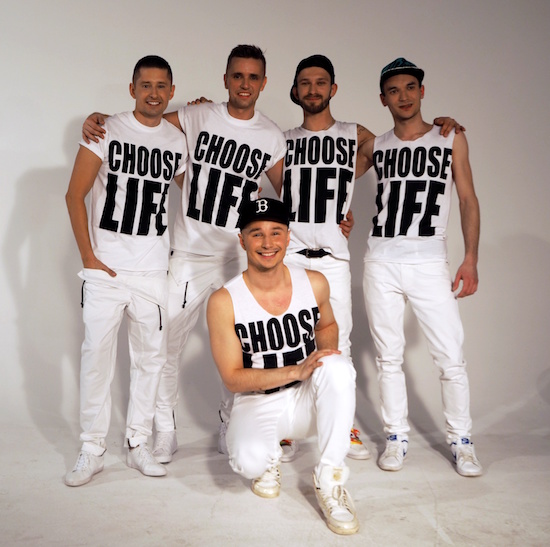