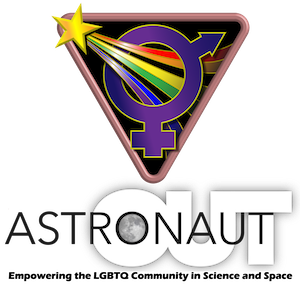 Of over 560 astronauts that have been selected by government space agencies, none have ever identified openly as a member of the LGBTQ community. But a team of LGBTQ aerospace scientists and their allies are seeking to change this through a venture called the Out Astronaut Project.

The mission of the Out Astronaut Project is to train and fly a member of the LGBTQ community as a scientist-astronaut on a commercial spacecraft while highlighting the contributions of current LGBTQ members making contributions in science and space. The selected individual will be trained to conduct global climate research in our upper atmosphere as part of Project PoSSUM, a non-profit research organization specializing in aeronomy and bioastronautics.
“We believe that communities are empowered when they are represented. Astronauts inspire our youth, represent limitless possibilities, and serve as ambassadors to science.” said Dr. Jason Reimuller, the project’s Executive Director and a gay man that was twice selected as a ‘highly qualified’ astronaut candidate by NASA.

The candidates will be selected through a three-phase competition that is open to individuals who openly embrace their role in the LGBTQ community, want to serve as role models to LGBTQ youth, and seek to become representatives of their community as pioneers of astronautical science. The project welcomes interested individuals to visit outastronaut.org to apply for a scholarship, to request a speaker, or to make a donation.