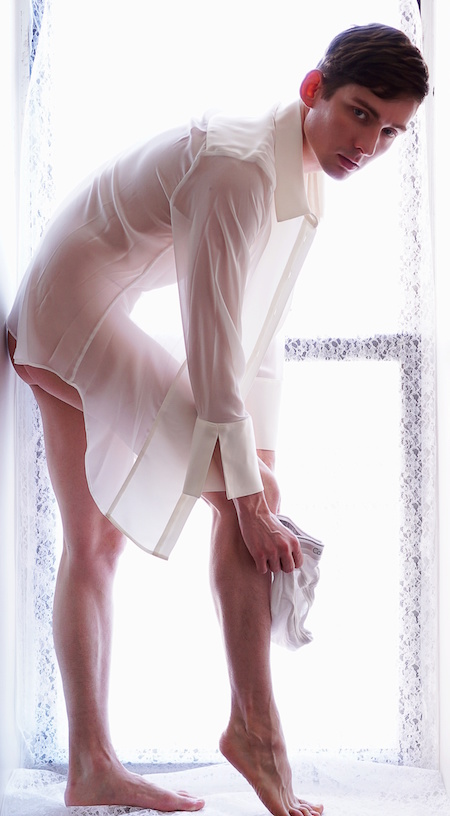 One night, I decided to Facebook stalk C. I gathered that he was still single, was a chef at a new restaurant and moved to Hell’s Kitchen. I thought about our date, how I never called him afterward or gave him any explanation.

“Sounds suspiciously like a date,” he responded, trying to figure out if I was still dating AJ—which I was.

He said yes, and I, per usual, showed up late. I drank slowly, building up my confidence to tell him what a total asshole I’d been, while he drank quickly, probably trying to figure out why the fuck I’d asked him out. After I was good and tipsy, and he was good and drunk, I weaseled my way into the conversation.

“I’m sorry, by the way—that I never called you after our date.”

“Yeah.” He got quiet, even put his half-empty glass down on the bar.

“I wanted to explain that.”

“I felt so shitty after that,” C shrugged. “I thought we had a really good time. Then you completely disappeared.”

“I know. But that had nothing to do with you—I’d already met my boyfriend AJ when we had our date. I didn’t want to cancel our date, especially because AJ was being standoffish—and then he text me that he wanted me to come meet him. And that’s why I left so abruptly. And then we started officially dating, exclusively, so I… Well, I never called you back. And I felt shitty about it, so I never explained it to you. But that’s not fair, and I don’t want you to think it was you.”

“I did have a good time on our date.”

“So, if you weren’t seeing AJ… would you have gone out with me again?”

The $4 drinks hit me harder than I thought they would, and without thinking I said “Absolutely.” It was then that I realized I asked him out to a bar a few blocks away from his apartment, and that I was definitely leading him on.

“No,” I said firmly. “That’s never really been my style.”

He shrugged again. “Yeah, me neither honestly.”

He paid our tab, which I only allowed because the drinks were $4, and we walked into the brisk winter night. “Are you sure you don’t want to come over?” he asked.

For a moment, standing there, a year into my relationship with AJ… I thought about it. I felt a spark between us. I could get away with it. Or I could put out the flame with my own hand.

“I want that, too,” he smiled. And the fire burned on.