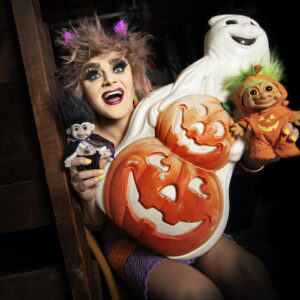 For those despairing how It’s the Great Pumpkin, Charlie Brown will not be airing on broadcast TV this year, do we have good news for you!  OUTtv has announced they will begin streaming a new Halloween tradition on October 21.

Tammie Brown’s Halloween Spooktacular will also see the return of Kelly Mantle’s zany alter-ego, Sheila. “People love Sheila because she has no filter, no censor and no shame,” Mantle explains. “She says what we’re all thinking. She’s bold and blunt, but it goes down smooth like a Pumpkin latte mixed with Southern Comfort.” 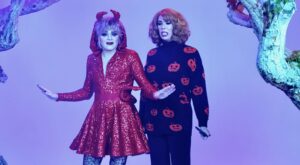 Tammie Brown is best known for her stand-out appearances on RuPaul’s Drag Race and RuPaul’s Drag Race All-Stars. She has released four music albums including the popular hit singles, “Port-A-Potty Prostitute” and “Schubert,” and regularly performs all over the world.

Kelly Mantle made Oscar history by being the first openly non-binary person to be approved and considered by The Academy for both Supporting Actor and Supporting Actress for their role in the feature film, Confessions of A Womanizer. Mantle is a graduate of Second City in Chicago and has appeared on television in RuPaul’s Drag Race, Lucifer, Modern Family and Mike & Molly, among others. Their uncle is the late great Mickey Mantle. 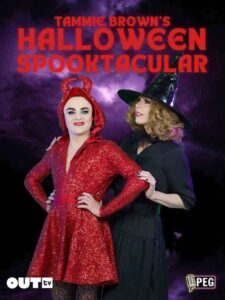 Tammie Brown’s Halloween Spooktacular will be available to stream OUTtv.com and on AppleTV+ via the OUTtv Channel on October 21st. For more information, visit https://www.outtv.com/

And for Charlie Brown fans, It’s the Great Pumpkin, Charlie Brown will be available for free on Apple TV+ from October 28th through October 31st.