Trent Park Haunts the Dance Floor with “Scare Me Most”

Trent Park’s new pop/hip-hop track, “Scare Me Most,” paints love as the villain–something with as much potential to inflict pain as it does to bring joy.

“For me, the most terrifying thing in life is love,” Park admits. “So many times, I’ve invested in relationships that weren’t real or I foolishly believed there was a spark, only to find out it was one sided. ‘Scare Me Most’ is about my desire (mixed with horror) to have the real die-for-you type of love, as opposed to the weak, Netflix and chill/’It’s complicated’ type of love most people are after these days.”

“When I fall in love, everyone knows it,” Park continues from his L.A. home. “It’s no gradual thing. It’s immediate and powerful. I find myself losing balance and control. All too often, it happens at the most inconvenient of times.”

For the impressive “Scare Me Most” music video, Park enlisted Derek Spencer, who brought in his team of dancers to brilliantly illustrate the song’s lyrics with intense, emotive choreography. According to Park, the entire video was shot in one take.

“We rehearsed for a few hours in the morning and in the afternoon we shot the video, top to bottom, six times,” he explains. “The last take was perfect and it is the one we used as the final cut.” 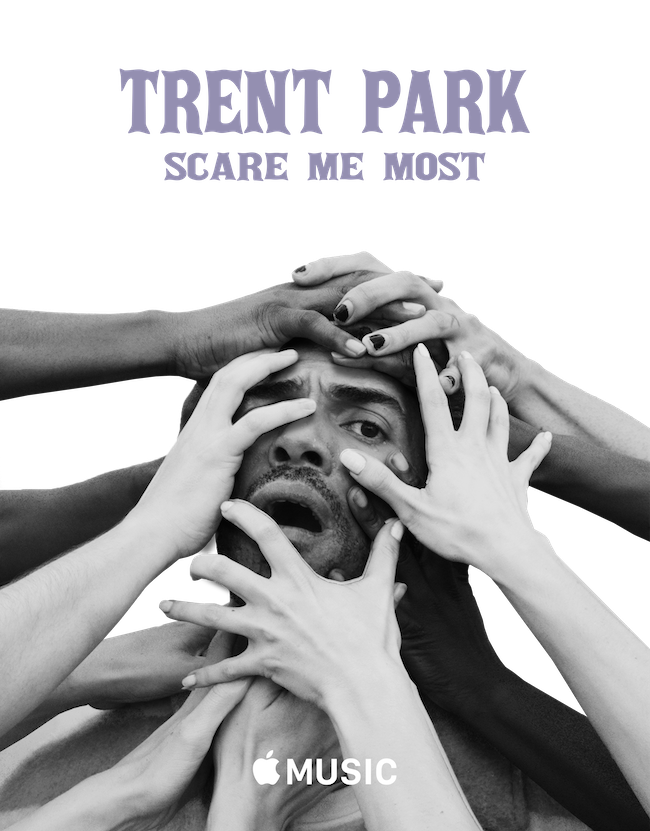 Trent Park was born and raised in Syracuse, New York, the son of a black minister father and a Mexican minister mother. As one of two people of color in an all-white private Christian school, he learned to adjust to situations like a chameleon.

It wasn’t until he moved to the West Coast for college that he finally met people that looked like him. “I saw black, gay music industry professionals, fully open with their sexualities and living the life I wanted to live,” he remembers. “It was the coolest thing, and it really helped my confidence to grow so that I could walk boldly in my truth.”

Trent Park’s “Scare Me Most” is being distributed independently and is available on Apple Music, Spotify, and all digital platforms. Its video is on YouTube.