In “Word of Love,” Raph Solo promises to break his pattern of falling for Mr. Wrong.

“The song is about self love and knowing your value and not letting yourself be put in situations where you are taken for granted,” he explains, admitting: “I’ve found myself in situations where I felt I was not being appreciated, and I wrote a song about it so I never make that mistake again.” 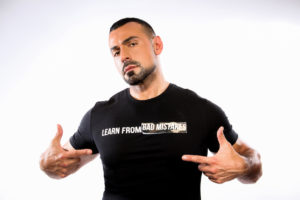 He describes the song’s sound as POPTECSOL, combining pop, tech, and R&B soul. “’Word of Love’ incorporates elements of music that I like listening to,” he continues. “Soulful melodies, grand pianos, killer pop hooks, big synth riffs and electronica. I made the record my ears wanted to hear.”

As with all of his tracks, the song is a page ripped from Raph’s own diary. He drew inspiration from the Ancient Eastern proverb that he translated into English and inserted into the song’s chorus: If your love is like honey, don’t lick it all, save some for later.

“It doesn’t mean we should hold love back,” Raph clarifies. “Its about loving numero uno because only when you love yourself can you ever truly love another person.”

Raph Solo has found love. The man in the “Word of Love” music video is his real life partner. They met in June 2016, at around the same time he was recording the song. “It felt right to have him in the video,” Raph says. “It was an instinctive choice.”

The video was shot in Thailand, and Raph says that at first, he had to beg his partner — who had never done professional film work prior — to join him. “He quickly became a pro on figuring out the best camera angles,” Raph laughs.

Raph also found he had to break down his own emotional walls for the video. “We all have our little worlds which are precious to us and at first, I tried to guard mine into my private life. However, in the name of living my ‘Be Yourself’ mantra, I thought it best to open up.”

“Word of Love” is the title track of Raph’s new album that features seven songs including some dance inspired grooves, a few mid-tempo songs and an acoustic ballad. Self worth is major theme throughout the album.

“I think the greatest lesson I have learned in the last few years is the value I bring into my partnership. By loving myself for who I am, I have been able to love another more fully for who they are.”

Raph Solo’s “Word of Love” is being released globally through Angel King Musique and is available on iTunes. For more information, visit raphsolo.com. 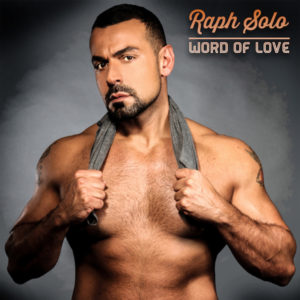