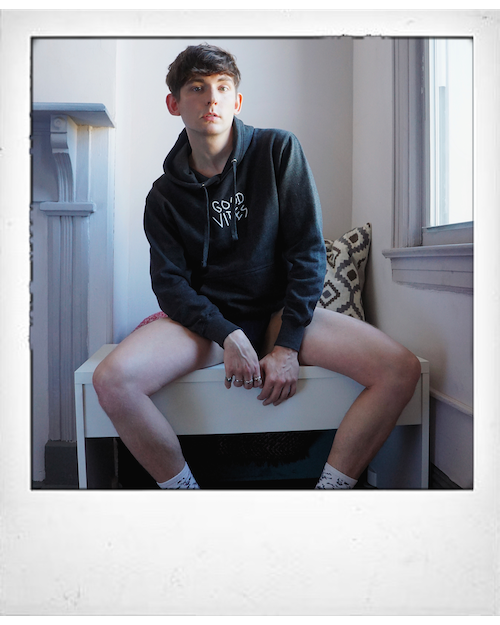 Resolutions are a tricky subject for me.

I don’t mean to say that I don’t like the idea of bettering myself: of course I like the sound of that. And there are plenty of things that I wish I’d do that I don’t—make use of my gym membership; eat fried food less; write more; wake up fifteen minutes earlier so I’m not late for work; pay off my credit card debt; WRITE MORE.

It’s the idea of New Year’s Resolutions that bug me—this “New Year, New Me” mentality. It just doesn’t work, does it? For one thing, we push off the things we should be doing now until the new year—Yes, I should be going to the gym every other day now, BUT I’ll do it in the New Year! No, I didn’t need to order my weight in Chinese food tonight—particularly the fried crab Rangoon—BUT I won’t order it in the New Year! Yes, I should absolutely be writing more now, BUT—New Year! New me! Everything will change!

But it doesn’t change. Maybe for a week, maybe even two. I go to the gym, I get to work on time, I write the first three chapters of the next great American novel. And then… I put the gym off because I’m exhausted from work, which I’ve started to show up to five to ten minutes late again. Then I order Chinese food again—yes, with the grab Rangoon—because I can’t be bothered to cook something healthy.

New me becomes old me, and then I’m upset with myself… again. Thus the cycle restarts—until the NEW New Year.

I tell myself it’s bullshit, but I do it every year. I set these goals, telling myself it has nothing to do with the “New Year” except for timing, and I tell myself I’m going to stick to them. I write them down. I check them off. I want to be the best version of me possible.

This year, I decided to try something different: I started early. I started hitting the gym before December 31st. I started writing the next great American novel before January 1st—it’s not finished yet, but it is in progress. I started watching what I eat—and by that, of course, I mean ordering Chinese food once a week instead of four or five times a week. (And, get this—I cut out the grab Rangoon.) The idea is simple: If I go into the roaring twenties with good habits already in place, perhaps I will be able to carry them on for longer than a week. (…I’ll let you know.)

Beyond that: If I did have a “New Year’s Resolution” this year, it would be not to be so hard on myself all the time. Not to kick myself when I’m down and I order takeout; not to loathe myself for skipping the gym every now and then; not to hate myself for not becoming the next Joan Didion before thirty. Good vibes only.

New Year. Same me. And instead of pushing to be the best me, I’m trying for the happiest me this year.

See you in the twenties.