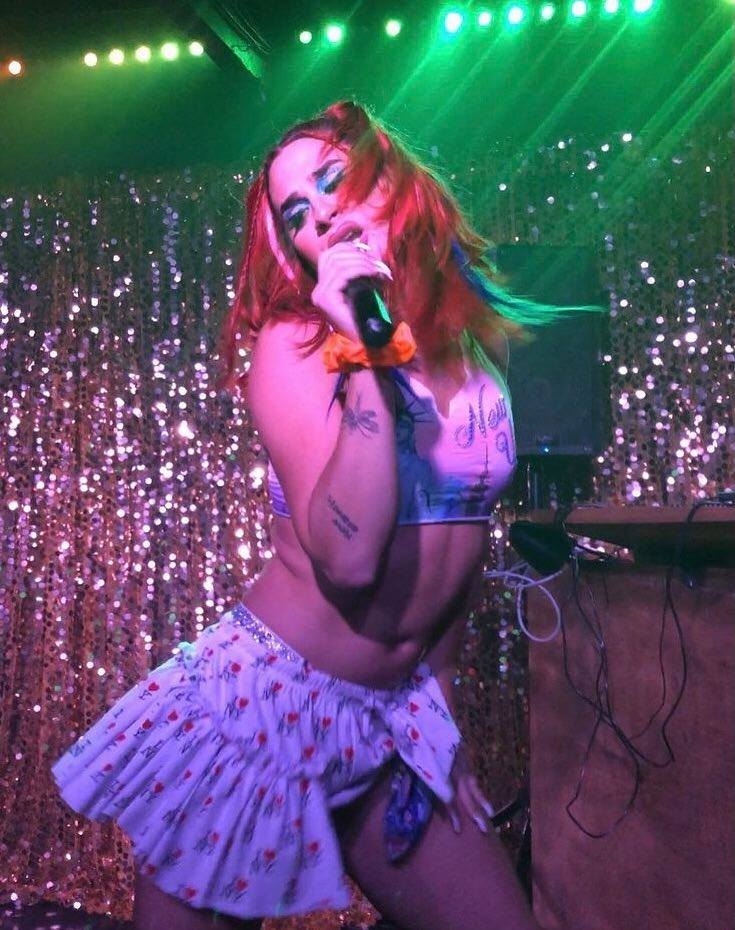 An exciting new recording artist and live performer emerging from Brooklyn nightlife, Mel Incarnate is keeping a brand of excitement and edgy excellence in the family.

Thotyssey: You’ve been super busy lately, hosting and guest starring in shows while promoting music. Is it fun to be busy after all that lockdown boredom?

Mel Incarnate: Oh my God, hell, yes. I’m super grateful for being busy right now. I’m a triple Capricorn, so that’s kind of my tea. I’m also in the earlier stages of transitioning, so that also comes with its ups and downs.

So, where are you from originally and what were your interests while growing up in regards to music, fashion, performance, etc?

Another great Brooklyn queen, Charlene Incarnate, is actually your biological sister. Were you a support system for each other when you were growing up in that religious household?

Honestly, the environment we grew up in catered to nothing but fear. We were raised in a pressure cooker of homophobia, so we really did not get along until we found ourselves separately.

I am a Covid tranny and a Covid artist. I found myself in the pandemic, and I found a way to express myself through immense isolation. I began writing around November 2020, and since then have written and recorded seven songs, so it’s a fairly new moment.

I’m really enjoying your latest single “About Fashion,” which is a little bit about style but largely about all the beautiful flaws and traits that make us unique! How did that song come to you?

I was on my way to a photo shoot, and the photographer asked me, “Who are you wearing for the shoot?” And it really pissed me off, because I hate that tone of the fashion industry. And I didn’t have the money to buy a cute look because I had just spent money on getting filler in my face. And I was so heated from it, I wrote a full song. I expanded on that idea and was like, everything that I’m ashamed of is my fashion. I was realizing that I’m just gonna have to own everything about myself and be my own cheerleader.

What’s coming up for you?

I have a music video coming out around Bushwig, I have a single coming out mid-September and another in early October and then I’m dropping my EP around Halloween.

What advice could you give to all the queer kids out there who are stuck in homes like where you grew up?

Listen to that part of yourself that wants to break free and wants to get out. Let that carry you into a new life whenever that opportunity comes. You will know.