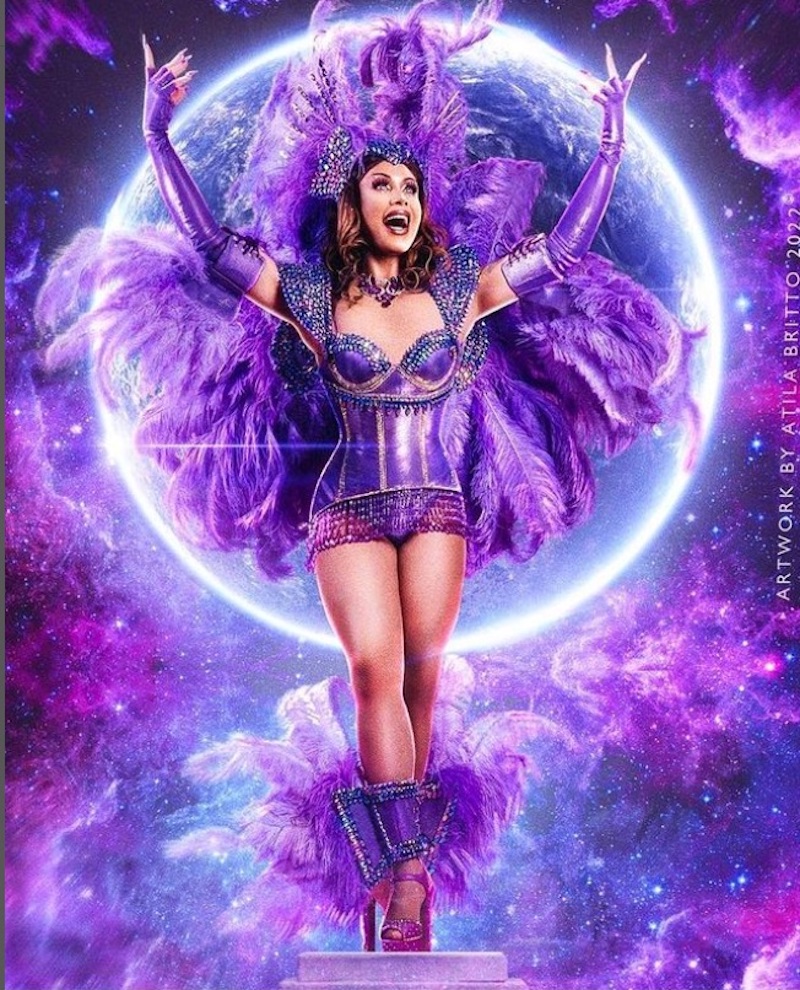 The winner of the first ever season of World of Wonder’s singing drag competition Queen of the Universe (which offered the biggest cash prize of any drag competition in history), Brazil’s own Gregory the drag queen, aka Grag Queen, has new songs to stream and an upcoming show right here in NYC.

Thotyssey: Hello, Grag. Thanks so much for talking to us today. Belated congratulations on being the first ever winner of the singing drag competition Queen of the Universe. Your $250K win is the largest prize won by anyone in a drag competition! Have you adjusted yet to all your new-found fame and success?

Well, thanks! And no, I don’t think I’ve adjusted to all the things already…but no complaints, lol! It might get a little long, but never gets bad.

I love the song and video for your hit song from March, “Party Everyday,” which is like 75% Portuguese and 25% English. What comes more naturally for you in creating songs, the music or the lyrics?

I’m a melodic person. I love making it up with some beats.

How did you enjoy your Queen of the Universe experience? As a viewer, the show was entertaining but seemed to move so quickly.

It did move quickly…and thank God, I was on it ’til the end, lol. Me and my country just lived all the fantasy of World Cup of the Wigs, lol! That was an amazing time.

There was such a diverse group of competing queens, in nationalities and languages and in drag and musical styles. Were you able to bond with any of your fellow contestants?

Yeah, I’m very close with Rani from India. We get along so good ’cause we don’t understand at least 50% of the speech most of the time. So we just agree, and love each other.

Were you shocked when so many queens went home at once in the second episode, including New York’s own Novaczar and the legendary Jujubee?

My heart just broke. I couldn’t even celebrate my passing through. Just each of us know how hard we worked to prepare our asses off for the show.

How did it feel to win?

I felt like everything I did and went through was just worth it. So amazing, getting to tell this info to my family.

You are coming to New York on June 24th (Pride Friday)! You’ll be performing for JC Events’ “Frisky: Wonderful World”, which will be at Brooklyn’s the Meadows! Many great international DJs will be spinning there as well.

I’m totally excited. Oh gosh, I have such a fun performance planned and I am thankful for what this city already did for my journey. I want to live and soak up every single second.

Finally: RuPaul’s Drag Race All Stars 7! Who are you rooting for?

Guess what? I love every single queen and most of them I know. So I prefer not to say names…but I’m crazy excited to watch it!