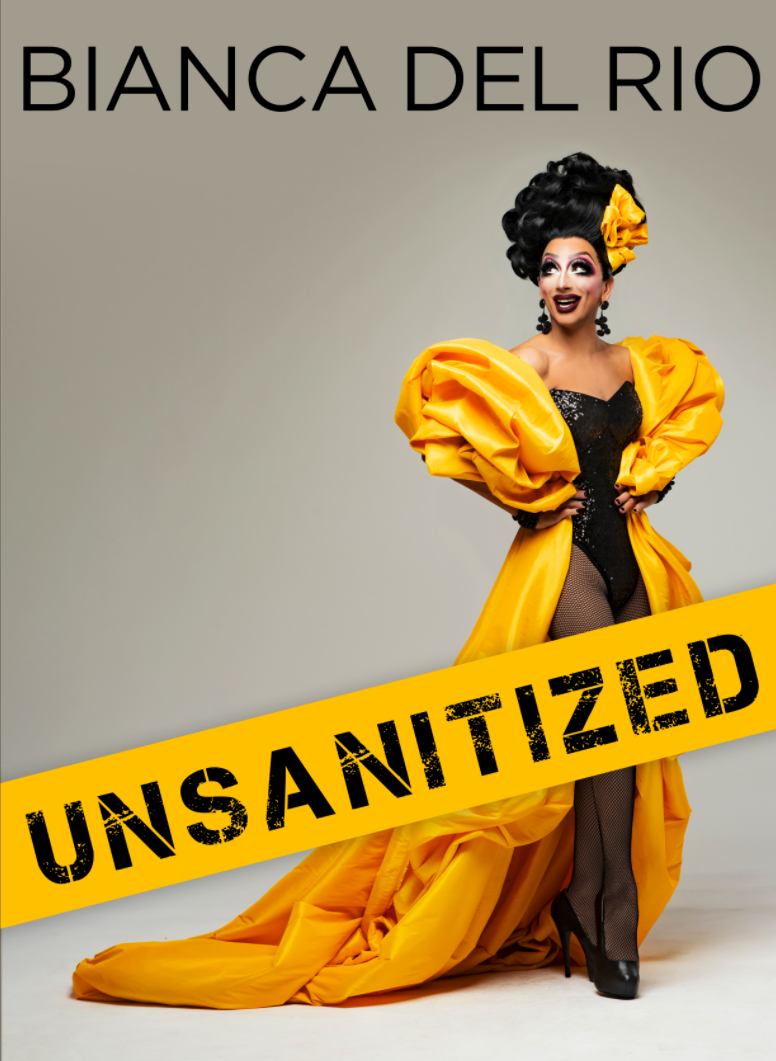 Arguably the most popular and successful alum of “RuPaul’s Drag Race” (but really, who would dare argue?), international treasure Roy Haylock, aka Bianca Del Rio, is finally going back on the road with an all-new world comedy tour. Lord knows, the world needs her brilliantly irreverent take more than ever before.

Thotyssey: Thanks so much for talking to us, Bianca. One of the last times I saw you, we were judging the premiere of the Lady Liberty drag competition at the Q in NYC! Have you been asked to judge, like, a billion local drag competitions in the years since your Drag Race win?

Bianca Del Rio: I have an opinion and judge everything. I do it every day, so it’s always nice when I get to do it in an official capacity, so I don’t just look like a bitch. I really do love local drag queens, though, and always encourage people to support their local queens because that’s where we all started. I worked in local bars for many, many, many, many, many years.

You’ve conquered multiple media and industries since Drag Race, but you still had time to make an enjoyable surprise cameo during this memorable season of Drag Race All-Stars. Did anything about the production’s current setup seem really different from your 2014 turn on Season 6?

Not much changed…RuPaul still didn’t talk to me. This time, it was due to Covid restrictions. That was actually the biggest difference: they were very strict about following Covid guidelines. It was a fun idea I had, and the executive producers were willing to go along with it. Little did I know it would involve six Covid tests, driving 260 miles round-trip from my house in Palm Springs, and spending an entire day on set for 30 seconds of air time.

During Covid lockdown, you became a podcaster. How do you enjoy doing it, and is it something you can find time to keep up with now that live drag has returned?

I didn’t think it was something I would enjoy, so I turned down offers to do a podcast for years. Then during lockdown, I figured I might as well give it a try since I didn’t have much else to do. It turned out to be a lot of fun. What worked for me was not having any specific format. It was just me chatting with incredibly talented people who I admire and find interesting. Sadly, I’ve had to take a break from it, though. It’s very time consuming for me, so I had to put it on the back burner while I work on my tour and other projects at the moment. I’m hoping to bring it back in a video format once things settle down a little next year.

Also, you were part of a hilarious scripted audio production, Hot White Heist, co-starring the likes of Bowen Yang and Cynthia Nixon. I’m guessing, like with most voice work, you recorded your scenes without costars? 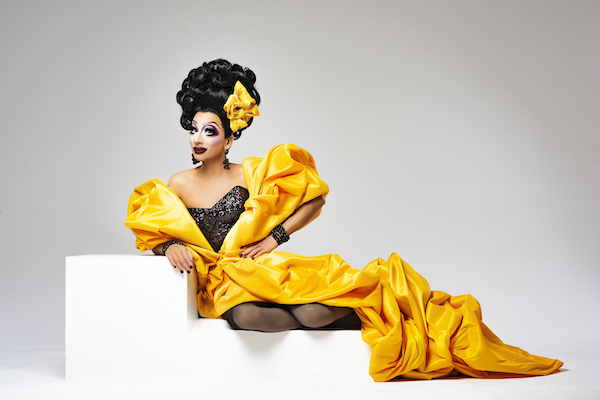 Lots of RuGirls become the face of cosmetic products, but you’re one of the few that is selling a makeup remover—the Bianca Remover is a top selling product on Amazon! Given that you’re known for your gorgeously accentuated eyes, I’m guessing that the makeup removal process at the end of the night is something you are an expert on.

No one could ever compete with my beauty, and I’ll never reveal my secrets. But lots of bitches need to do something about their ugly mugs, so I wanted to contribute to the community by helping them get rid of them.

Lol! Back to performing: Between the two Hurricane Bianca films and your recent West End run in Everybody’s Talking About Jamie, you’re an experienced actor. Do you have interest in playing non-drag roles…maybe even drama?

Jamie is coming to the big and small screen. Your fans would have loved to see you starring in this adaptation.

Well–spoiler alert–I make a small cameo in the film as an art teacher named Miss Haylock. I don’t know why they decided to go with an Academy Award nominated actor [Richard E. Grant] instead of me to play Hugo/Loco Chanelle, but at least I got a part. I attended two screenings of the film, and it’s great! I’m anxious for everyone to see it. It’ll be released on Amazon Prime Video on September 17.

Lots of your fellow Drag Race alums complain about online negativity from fans and interactions with the franchise or production that went wrong. I don’t recall many times when you’ve complained about that stuff. It seems you can handle whatever comes your way. Should all these RuGirls just be quiet and grateful for their fame and opportunity they got from the show or do you get where some of them are coming from? 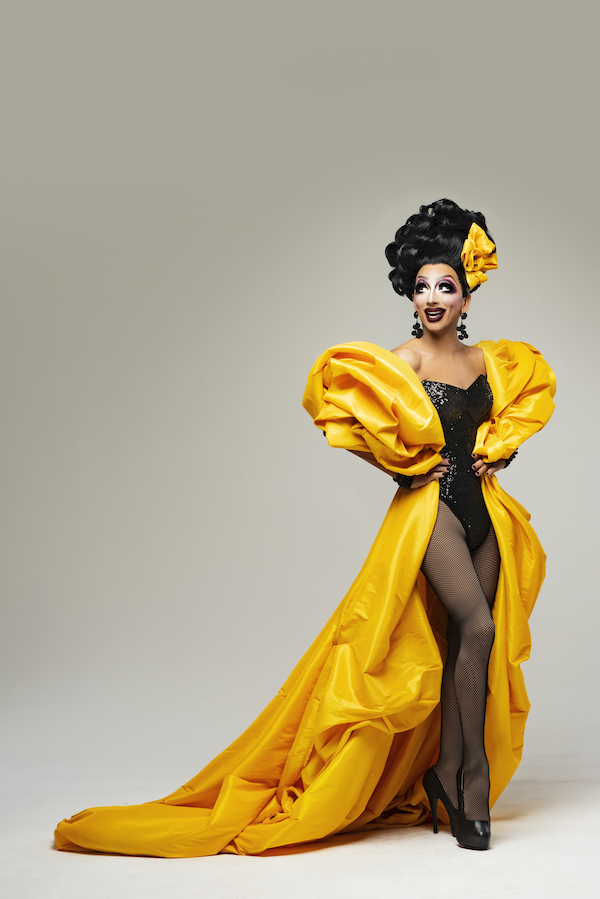 I treat fellow Drag Race alums like my family: I don’t talk to them and don’t pay attention to anything they say, because none of it matters to me.

I still don’t get exactly what Kameron Michaels was carrying on about regarding that recent “lip sync assassin” Charli XCX performance, do you?

All I’m going to say is no one can top MY lip sync assassin performance. PERIOD.

You’re California-based now, but you return often enough to your previous home base of NYC. We always brag in New York that we have the best, most versatile (lol), hardest working queens. Do you think that still holds up?

Back in the day, NYC was the only place where you could see top drag queens, but the drag scene has evolved so much (in large part due to Drag Race) that you can find some really amazing drag queens all across the U.S. and the world now. In fact, there was a gorgeous one working security at the airport today. She got a little too personal scanning me with that wand, though.

You’re still the most prolific and busy drag standup comic in the world right now.

Busiest? I’ve been sitting at home for 18 months!

Is joke writing something you’ve always been good at or have improv and being “in the moment” always been the guiding forces in your live shows?

I prefer talking about what’s in front of me and just going wherever the moment and observations take me. But you need more than that for a 75-90 minute show for a seated audience in a theater, so I need to have some scripted material in there. Also, you never know what the audience will be like, so you need to have some material to fall back on.

Do you think hecklers at your shows these days just want that thrill of the “public Bianca clapback?”

Hecklers can be very tricky. Some are fun and give me fuel to work with, but many of them think they’re funny and don’t know when to shut up. The latter can risk annoying me and the rest of the audience…but that’s why Lady Bunny works security for me. She just sits on their face to shut them up.

I know everyone always asks you about standup and today’s PC “censorship” and the fear of being cancelled, but I kind of feel like it would be so dumb to attack you for insult comedy when that’s been your brand all along. Do you think most people understand that?

The people who come to see my shows get it. That’s what they come to see and those are the only ones I’m worried about pleasing.

At long last, starting in September, you are going back on the road in America for the Unsanitized comedy tour. Putting all that material together and planning all the tour stops seems like such a massive undertaking. Are you itching to get back out there or maybe dreading it a little?

Always itching, never dreading. I’m always grateful getting to work and I’m certainly looking forward to it after being home for so long with this pandemic. I’m extremely lucky to get to do what I do. You’ll never hear me complain about it. I leave that up to those other queens on Twitter.

I’m guessing by the title of the show–and your tendency towards topical content–that you’ll have some Covid material. Are you blown away by anti-vaxxers and their conspiracy theories or are you unsurprised that that’s a thing?

Am I surprised there are idiots in the world? NO.

Oh, is that the name of the theater this week? It was the Playstation Theater the last time I was there. In case it changes again in the next couple of weeks, tickets are available at [my site], lol!

Lol! And then on October 27, Unsanitized will be at the Hackensack Meridian Health Theatre in Red Bank, New Jersey. Tell us more about the show and what we can expect.

I always say expect the unexpected at my shows. Every show is different, even from one night to the next. I have an outline for the show and have some scripted material, but a large part of my show is talking about people in the audience: giving them advice, answering their questions, reading them, etc. Every audience is different, so every show is different to an extent.

After this American leg of the tour, what’s next for you?

I’ll be traveling to the UK to reprise my role in Everybody’s Talking About Jamie for a UK tour of the musical for a couple months and then going back to L.A. with the company for a five week run, which will be the American premiere of the musical. Then I continue my Unsanitized comedy tour in Canada, Mexico, South America, Europe, South Africa, Israel, Asia, Australia, and New Zealand.

Finally, a random question: Will the Sex & The City reboot be watchable without Kim Cattrall?

I’m surprised you thought it was watchable the first time. No shade. Just facts. You didn’t really expect a nice answer from me, did you?

Lol, thanks so much, Bianca, and have an amazing tour! 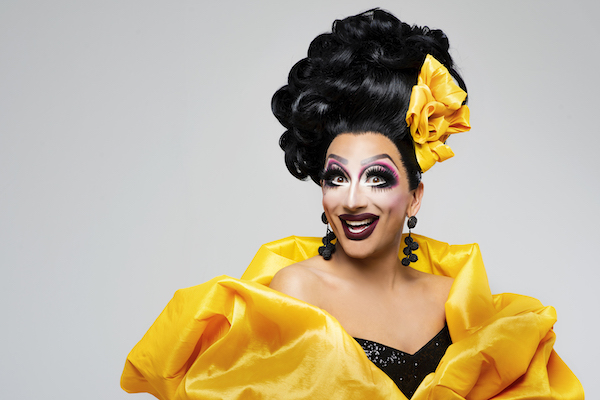