One of the most prolific and technically marvelous DJs around, Ian Ford is in demand! An immaculate producer, a staple in the LGBT community and a venue owner as well, I couldn’t resist speaking with Ford.

He is probably one of the nicest guys around, and I would fully recommend him for any kind of event you could possibly be thinking of. I haven’t known him long, but I wish I had! We spoke about his DJ experiences, and I was able to get his views on music, clubs and life. He’s just one of those people who I met and fell instantly in love with.

What influenced you to become a DJ?
Ever since I was kid I made mixtapes for myself, family and friends, especially my mother. I was also technically inclined, so when I moved home from college someone asked me to help build a club. They gave me a night, and it all went from there. Even when I worked daytime corporate jobs, I’ve had one or more steady gigs, except for a two-month period when I left Florida and came to New York City.

What is the craziest party you’ve ever done?
Hands down, it had to be the last night of The Bank, before we moved our party to another venue uptown. The club was a legendary goth/’80s/industrial club, which was a mainstay in NYC’s underground culture. The very last night was packed from open to close for the Albion party, with incredible energy bordering on a riot. One wrong track may have incited a free-for-all. Wow, that was a night! In fact, the entire eight-year run of Albion holds a special place the hearts of many.

One equally amazing party was the last night of Splash. I shared the night with other residents, but it was off the hook from beginning to end!

It really felt like the “old days” in almost a carnal free-for-all. I was one of the DJs at the AnimeNEXT Convention and Rave for two years in a row, and you’ve never seen a more colorful and excited crowd. I miss that, but it was time to let others have the fun. 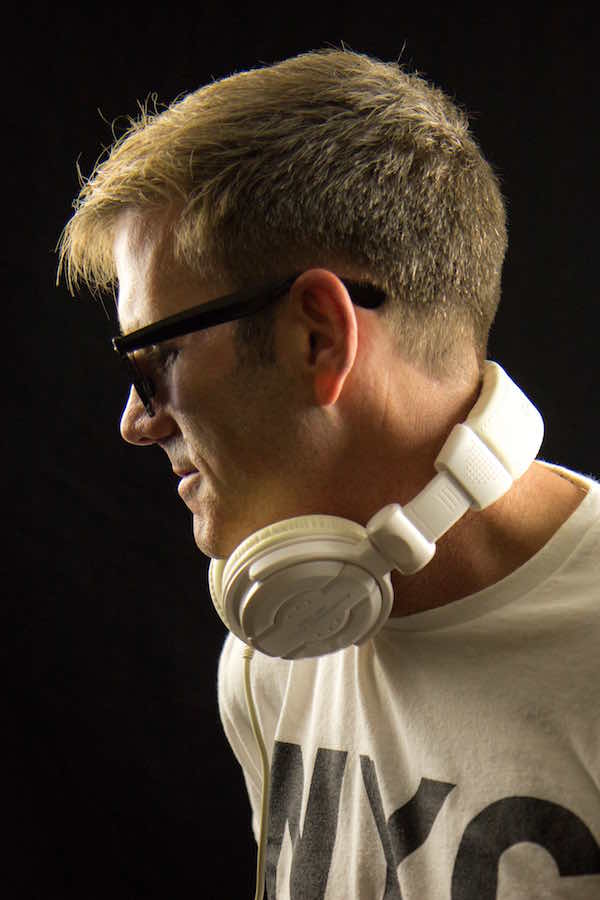 Most DJs these days are producers as well. What’s your view on that?
On one hand, producing is almost always a requirement for playing in the big leagues, and it opens many doors. The other side of this is that it defines you, meaning people expect a certain sound and style when you play. If you get it right, you’re a superstar, but if you miss that mark then it can cause you problems. There will always be haters, so that has to be put in perspective as well. And then the higher you go, the more delicate the balance. As a producer, you really have to be on top of your game. I have the greatest respect for those who are succeeding.

What is it you enjoy most about DJing, and what sets you apart from other DJs?
I’m able to read a crowd and cross-connect genres in a (I’d like to think) unique and refreshing way. This has to happen in real time, and it can’t really be planned, because live energy isn’t always predictable. I absolutely love working with “energy” and intuition, but the most important aspects are the human connections this career affords you. I’m generally shy, but in the DJ booth I feel more connected and outgoing than I would normally in just a room of people. I’m the wallflower type, and as a DJ, I prefer to be part of the experience as opposed to the focus. People come out for various reasons—to recover from a rough week, to let loose, meet someone, to be seen, to feel fabulous—whatever the reason, it’s about them and not me.

I’ve noticed that people come to see the DJs now as opposed to the actual artists. What’s your view on that?
I think that’s great! A successful DJ has worked all aspects of his or her career to bring people together! On the other hand, it seems there are people whose other careers aren’t doing well, so they jump on the DJ bandwagon using their clout but don’t really understand what’s needed to deliver a good set. Being a DJ isn’t an easy career choice past a certain level, and I have the greatest respect for those who’ve legitimately earned their way to stardom. A good DJ puts a great deal of effort, practice, thought and him/herself into the art, and I believe they work as hard at it as any other act…maybe more. For instance, most (but not all) bands will play their songs and sets, but a DJ has to react in the moment…every moment really, and work with what’s happening right then and there without losing sight of the big picture.

Who are your most scared influences?
Good question, because there are so many! Hands down, my favorite DJ is Hex Hector. He has a unique way of reading the crowd and delivering a brand-new set with each and every performance. He takes you on an emotional journey that always fits the time and place. DJ Paulo is similar, and of course Frankie Knuckles is king. David Bowie, Depeche Mode, The Cure, Jam & Spoon, Prodigy, Rabbit in the Moon, Kristine W and Blank & Jones all rate up there, but honestly there are too many to list.

Let’s talk about your Brooklyn coffee house: name, address and what goes on there?
Welcome to The Caffeine Underground! I miss the ‘80s, ‘90s and early 2000s; creative culture was king. I opened my shop as a place for people to come expand their spirits through music, art, esoteric studies, martial arts and other creative expression. This is a place for people to expand and enrich their spirits, a sort of community center. To that end, we have DJ events, live music acts, comedy shows, martial arts classes, art gallery showcases, neighborhood meetings, open mic nights and more. We sell such goodies as kava kava drinks, CBD coffee drinks, awesome food, interesting non-alcoholic cocktails and smoothies and really amazing coffee (of course!).