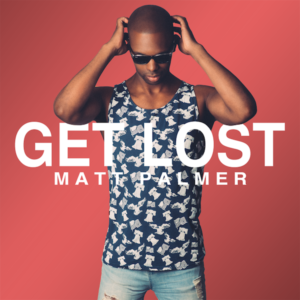 Vibrant, out artist, Matt Palmer has unleashed his video, “The Boy Who Hates Everything” featuring Max Emerson, the forth of seven videos from his soon to be released visual EP, “Get Lost”. The EP will be launched March 9, 2018

Aside from having one of the best voices on the planet, Matt Palmer is a captivating personality, fun and full of life. His songs are relevant and meaningful. I spoke with Matt about his music and his future endeavors…

When did you start singing, and when did you decide to become part of the music industry?

I’ve been singing kind of my whole life. I grew up in choir, in school, and also the Atlanta Boys Choir when I was a kid. I started writing songs when I was about 14. I would make songs in my bedroom, and try to make my friends buy them at school… they didn’t like that. But, I had a good time with them. Then I went to NYU for recorded music, and I’ve been doing music ever since.

Do you also produce music?

To a point. I can arrange things, work in Logic, I can do enough to get by. But to become polished I would bring a producer in. I definitely do all the local production and give the produces the angle and the sound I’m going for. That kind of thing…

Do you enjoy playing live?

What do you enjoy most about a live performance?

I think it’s just seeing that immediate reaction from the crowd, and just seeing people react to music that I have written. I’m becoming more of a performer in that I’m kind of a perfectionist, so I get caught up in the little things that no one would notice. But I’m starting to enjoy it more. The immediate reaction to my music from the stage from the crowd is always really gratifying. It feels like what I worked so hard on is making people happy.

You have a new release about to happen…

Yes I have a new visual EP, so it’s seven songs that were released in a video a week. It’s kind of like a web series with these music videos. We released the first one on the 26 January, and the full EP and the last video comes out on March 9.

Is there a favorite song on the new EP that you enjoy performing or feel most proud of?

I have a few favorites. I think my favorite is the one that’s coming out this week, called “Giving Up My Love”, in it is just a different king of song than I’ve written before. It’s kind of like a break up song, but it’s still triumphant. Sonically going into the album I wanted to do something that was a little dancier but still vocally demanding, melodic, and I feel like what I was imagining on the album is kind of wrapped up in that one.

How’d you come up with the name for the EP, “Get Lost”?

I’d written a song called “Get Lost” and the line is like, ” I still get lost in your eyes a bit more than I realize” it’s about how when your first falling for someone, you’re excited, but you can never really figure out exactly how they feel…so that’s what that songs about. But then also…it’s the story of one relationship that both good things and bad things have happened within that. I feel like the idea of losing yourself, parts of your personality to be in a relationship, or changing yourself in ways are kind of like the way people have lost themselves, including myself through relationships. It can be a good thing to of course compromise and things, but you’ve always got to know who you are as a person and maintain that, a thing I wanted to learn myself. I kind of learned that by making this song.

So when you write songs you’re influenced by your own personal experiences?

Yeah, I do. The music that I’m always drawn to most from the artist I feel is when they are truthful. It resonates more with me, which was kind of important to come out with my music. To keep that distance or that wall up I think impacts music you make negatively. So yes a lot of the stuff on this album is pretty personal or at least influenced by personal experience.

Where do you want to be in five years?

I hope I’m still making music, still enjoying it, still pushing myself to do things I haven’t done before, expanding myself, and hopefully reaching more people. I feel like I’ve been doing this so long that having expectations of how people react to my music, I realize that it’s not anything within my control. I just hope that I’m still feeling creatively for filled.

Growing up or even now, who were your musical influences?

Growing up I was a huge R&B, pop fan. I grew up in the right time for that, in the 90s so I was and still am, a huge fan of people like Mariah Carey, Babyface, and Michael and Janet Jackson. Then as I got a little older ventured into more UK dance artists. I really loved Daniel Bedingfield, and Craig David. A lot of my music is an amalgamation of that.

If you could have your ultimate stage fantasy, what would need to happen?

At least for this EP there is such a visual element. I think the videos play a big role in it….so the idea of having a screen playing while I’m performing in the backdrop would kind of be a dream. I feel like for a couple of these performances I’m probably going to have to play the track just because of the constraints of the stage, but obviously there is going to be a bit of an electronic element. At my last gig I had live keys, a drummer who was playing samples on the record, and that kind of feels more live, more fun…. so if I can have some live instrumentation or big screens playing the video, I think that would be the ideal.

Do you plan on touring in support of the EP?

I don’t have anything lined up right now but I would love to. I’m going to figure out some gigs and some shows and see if I can get them all together. If nothing else I’d love to perform at some Pride Festivals this summer. Definitely want to get out there and do the songs live, because I’ve never done these songs live before.