Known above all for her powerful voice, singer, songwriter, producer and actress Martha Wash is about to release her new album, “Love & Conflict,” on Jan. 6, 2020.

She first achieved fame as half of the Two Tons O’ Fun duo singing backup for American disco singer Sylvester. After obtaining their own record deal, the duo was renamed Weather Girls, and came out with one of the most anthemic gay songs on the planet, “It’s Raining Men.” It’s the one that brought them to mainstream attention and marked their place in iconic musical history forever.

When the group split, Wash transitioned to house music as a featured artist and had several successful songs. Now she is about to unleash her new album, which promises to be epic. I spoke to Wash regarding her new release as well as her future endeavors, new projects and current ones. 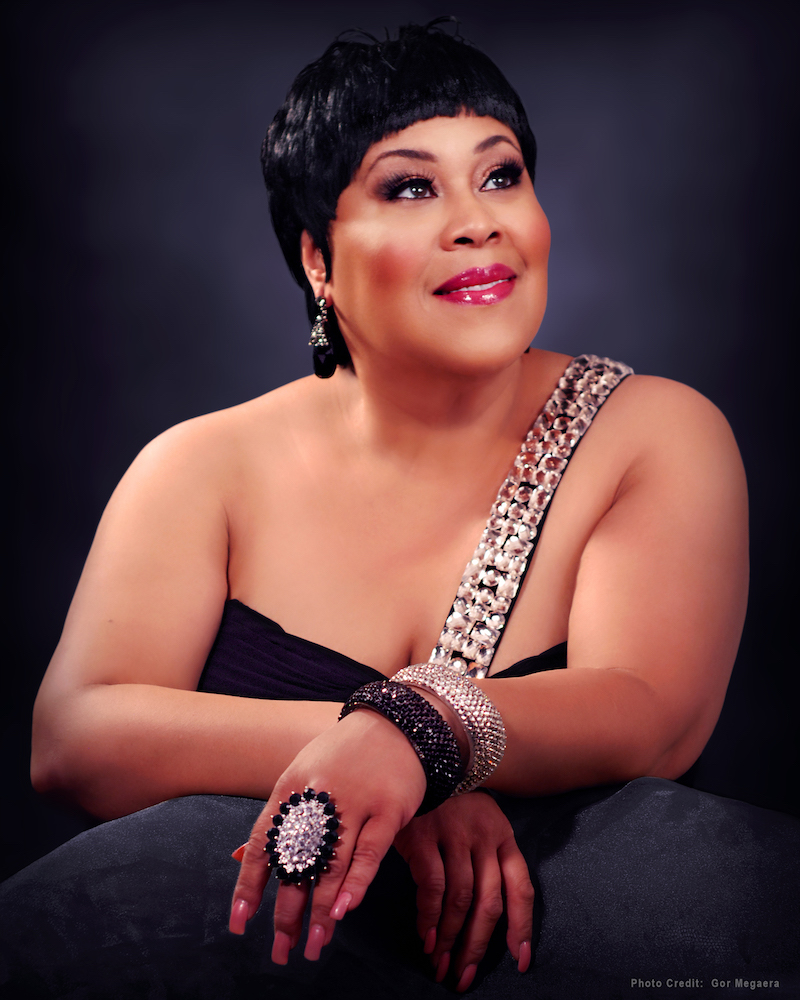 I love the name of your new album, “Love & Conflict.” What was the inspiration behind the name?
Well, it’s kind of funny. My team and I were throwing out ideas, and I said “Love & Conflict.” We kept going around with different names, trying to pull it together. I just kept going back to “Love & Conflict.” My manager, James Washington was saying, “Seems like that has to be it.” It’s almost like a Yin and Yang type situation. We all wrestle, I think, with unrest, unease about situations, things that may go on in our lives. But on the other end of that is the word love, which I believe can triumph over anything. Eventually it will triumph over anything. So that’s kind of where it came from, as far as friendships and recognition and positivity, and those are sort of manifested in the other songs of the album.

Your new single is called “Never Enough Money.” What is that about?
“Never Enough Money” speaks of greed and power. First of all, let me just say, I always try and let the listeners and the fans get their own interpretations of the music that I put out. The song is about greed and power and the things that people will do to achieve those things. They think that that’s what’s going to make them great or famous. But I think over time the person could become almost soulless or morally bankrupt.

Morally bankrupt, I love that for a title or theme of the song. That’s brilliant.
I have to say that probably within the last three years that [despite] not really being such a political person … I have kind of been keeping an eye a little closer on what we’ve been going through with this country and with this administration.

As if any of us had a choice.
You can stick your head in the sand, or you can open up your eyes a little bit bigger and pay attention to what’s going on, to what’s affecting you and around you and this country, because everything that happens at the top trickles down. You have to be a little bit more aware of what’s going on. So that’s what made me look a little bit harder at what’s coming out from the top. And what I see is more greed and more power. Not that it wasn’t there before, but this is kind of “slap you upside the head.”

I’m not very political either, but the last couple of years you had to pay attention, because it was always in your face.
Exactly, exactly. You can’t turn your head away from it, because you’re going to be losing, and then you’re going to be walking around bitching and complaining, because you just didn’t want to see it. That kind of thing. That’s how I got “Never Enough Money.”

Will you be touring to support the album?
Yes, after the Jan. 6 release, I’m going to debut the album at South X South West in March 2020. This will be my first time there, so I’m really excited to be performing on one of their stages. 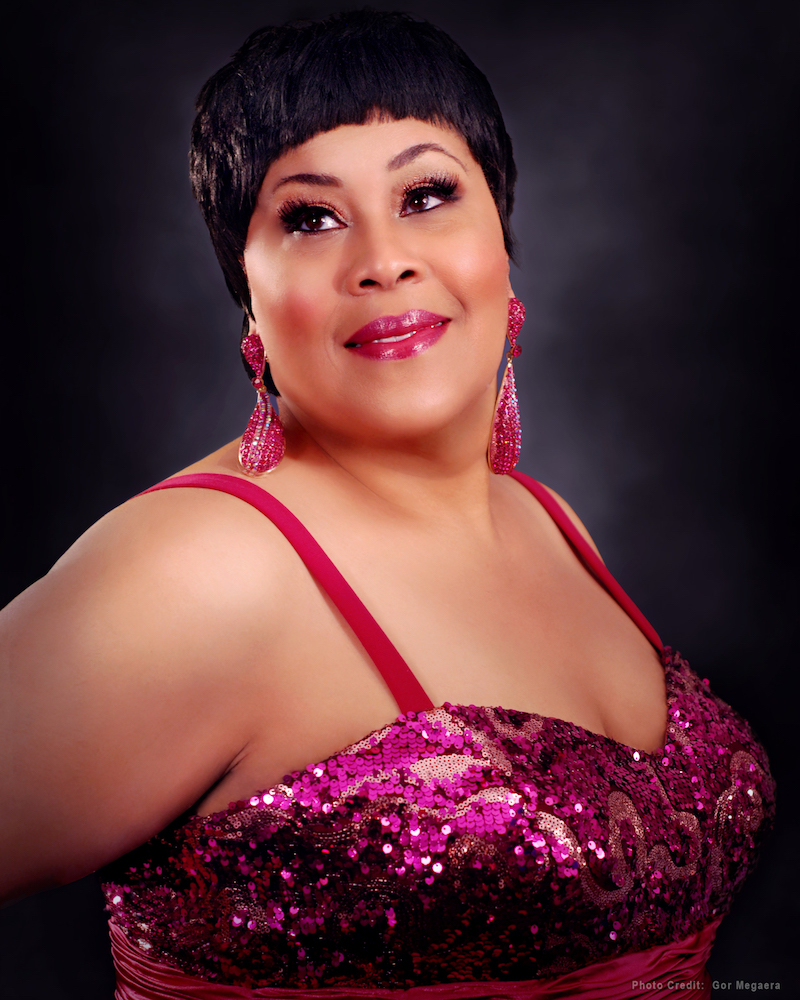 I’ve never been there. It’s an all-encompassing convention with 200 bands who come from all over the world to showcase their music. I’m glad I’m going to be participating on one of the stages there.

That’s awesome. I’m familiar with that festival.
I heard it’s almost like a circus, there are so many people there. I’m definitely looking forward to that, and I’m also looking forward to doing some shows in other parts of the country. It’s kind of hard to find spaces to perform in when you’re an indie artist. A lot of these venues are being run by conglomerates. There’s Live Nation and AEG. They are the biggest.

I’ve heard that Live Nation controls a lot.
I’m trying to do as many shows and tours as I can, but again, it’s kind of hard. All these venues are kind of on lockdown with these big corporations and stuff.

Is the album a dance music record?
No, the album is blues/rock experimental with a kiss of psychedelic!

You need to come out to LA with that psychedelic hint.
It’s totally different from the last album, which was more rock and adult contemporary. Have you heard Mavis Staples’ music?

I have.
It’s a little bit like that. My diehard fans might not necessarily be into this music per se, but we are indie artists, so we can make the kind of music that we want to make.

That’s the beauty of being an indie artist.
Exactly. Diehard fans will still kind of support you. They might find a couple of tracks on there that are interesting. We are always looking for new fans to support us, and who knows… I may garner a whole new generation of listeners.

You’re recognized for that powerful voice of yours. Will we hear that power on the songs of this album? You probably have one of the most powerful voices on the planet.
Well, I want to let you hear it. The music that I’m doing, I’m singing in a lower register. I think it would kind of showcase the range of my voice, I’ll put it like that. There is power still there, but I’ll leave it up to you.

Aside from this new release, what other projects are you involved in?
Yes! I have a few projects that we’ve rolled out of my production company(Do-Kwa Productions). 10 Minutes with Martha Wash is a cable and internet show where I interview celebrities as well as showcase my music. You can catch it on DCTV, BricTV, YouToo America (YTS) and other outlets. There’s F.L.O.D. Spotlight Magazine, an online read which highlights the accomplishments of artists whose work may not be widely known to the general public and to bring attention back to legacy artists whose opportunities for exposure are limited. 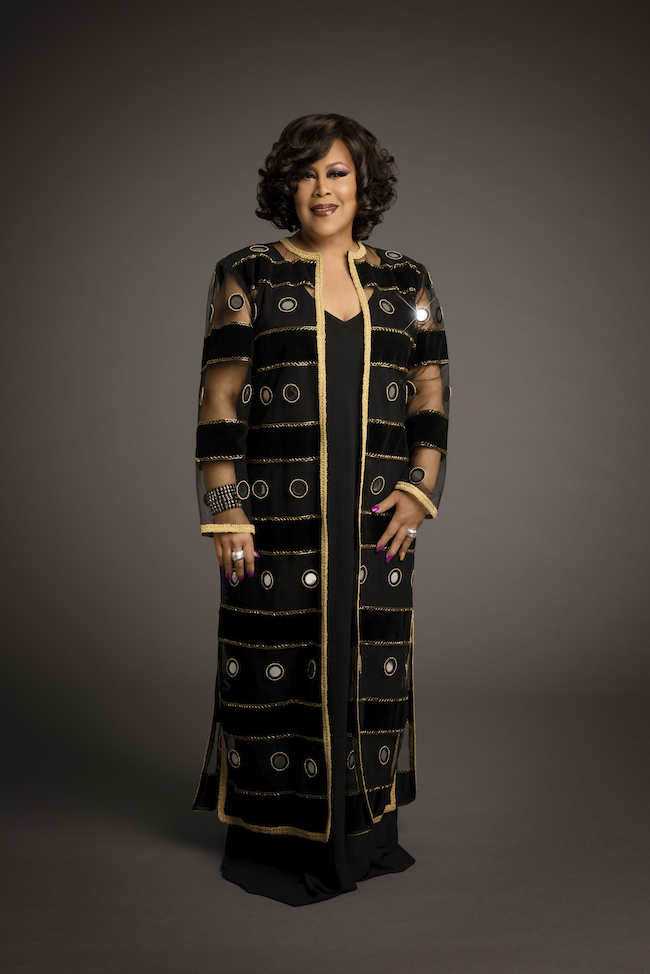 Then there’s First Ladies of Disco Show a fun, high-energy, retro celebration with sounds from the ‘70s ‘80s ‘90s and present day, with a rotating line-up of Grammy and Billboard honorees, like Linda Clifford, and Norma Jean Wright (formerly of Chic) and others. We’ve had a lot of fun with this show and we just made the Top 10 Billboard Dance Chart again for our single “Don’t Stop Me Now” which is on my label (Purple Rose Records).  All of the projects are doing really great and I’m extremely proud of our works so far. 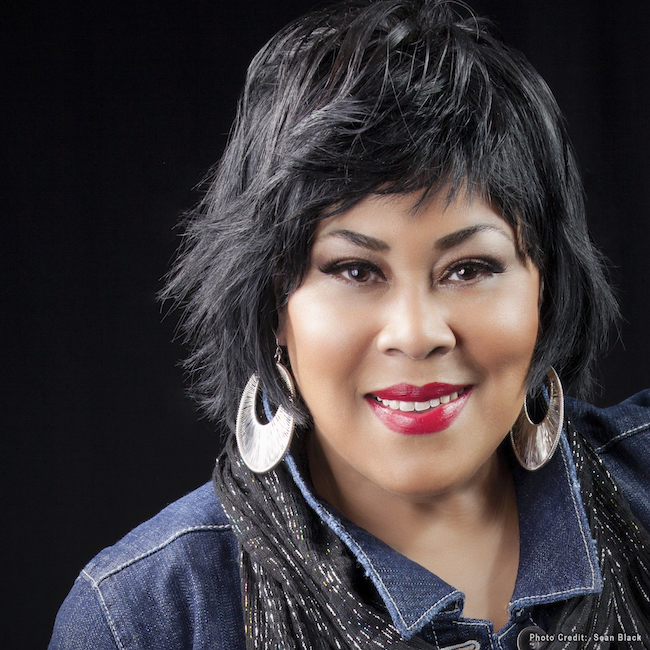 Congratulations!
That’s been great! Next year we will go back out on the road and do some shows under that banner as well. So there’s lots of stuff going on.

You are a busy girl.
You have to keep reinventing yourself. It may sound strange to say, but I think it’s the times that we live in. People have shorter attention spans than before. People don’t remember you after a few years so you have to keep yourself out there to stay relevant.

However, in your case, you have one of the most iconic and anthemic songs ever created with “It’s Raining Men.” No one can ever forget you or that song.

Well, it’s become a classic now, after 30 years.
I don’t think there’s anyone on the planet that hasn’t heard the song.
At least once!

So the minute you walk into the room with that song, they might not know your name, but they know the song.
See, that’s the thing. People recognize this song but don’t necessarily know the name Martha Wash. The diehard fans, they know who you are. The fans that are coming up now, they don’t know my name per se. They say, “I remember that song, I’ve heard that song before,” or, “My parents used to play that song way back,” so you have to keep reinventing yourself as you chronologically progress—I’ll put it like that, for lack of a better word—and keep yourself out there as much as possible. That’s what I did.

Is there anything else you wish to say?
Hopefully people will gravitate towards the music. Follow me on the journey.